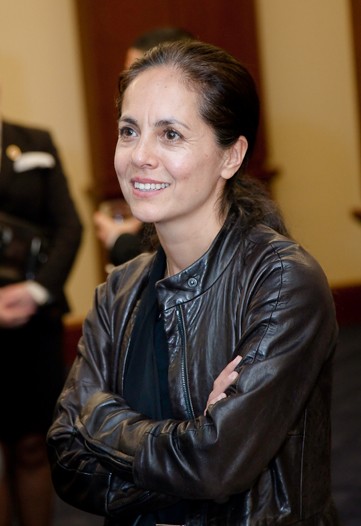 WASHINGTON — Jason Wu, Thakoon Panichgul, Maria Cornejo and Narciso Rodriguez are hoping dressing the new First Lady will give them some weight on Capitol Hill.

Reading like a “Who’s Who” of Michelle Obama’s go-to designers, Rodriguez, Panichgul, Wu and Cornejo joined Steven Kolb, executive director of the Council of Fashion Designers of America, here in a bid to garner support for a bill that would protect their original designs for three years.

Admittedly the designers face an uphill battle, both because the bill stalled last year and because fashion is an industry quick to leap on trends and one that constantly looks for “inspiration” from styles of the past.

Nonetheless, the designers came armed with stories illustrating not only how knockoffs of their designs have taken away millions of dollars from their businesses, but also how the design copies have damaged their integrity at a time when they should be benefiting from all of the attention Obama has given them individually and the fashion industry collectively.

“It is really important for designs to be protected,” said Wu, whose cream, one-shouldered ball gown gained prominence when Obama wore it on Inauguration night. Wu’s expensive gown, which he later donated to the Smithsonian, was quickly copied.

“I think there is this misperception out there that it’s OK to copy designs because we are putting on these great shows, but we put all of our effort — months and months of hard work and research and design — into them and it is a labor of love,” Wu added. “But people take advantage of that and our creativity comes under question, which is the reason it is important for us to protect it.”

The bill at the center of the designers’ push would put more teeth into copyright protection for fashion designs. It would amend current law to allow companies and designers to register their fashion designs for three years of copyright protection. Apparel, handbags, footwear, belts and eyeglass frames would be covered. The measure would also establish penalties for designers or companies knocking off designs.

The bill was introduced in the House and Senate last year but stalled in committee because of some industry opposition, which came primarily from the American Apparel & Footwear Association. Opponents argued the bill would open the door to numerous frivolous lawsuits, stifle their ability to pick up trends without being sued and place an enormous cost burden on companies trying to verify whether a design they might want to use had been approved for copyright protection.

House lawmakers are poised to introduce a new bill, as early as today, incorporating changes recommended by opponents, such as a new standard for infringement and new language that would make it clear reproducing a trend does not infringe on the protection granted in the bill. A draft copy of the new bill, provided to WWD, cites that the penalty for “false representation” would be raised to $5,000 from $500 in the original version, and cannot exceed $10,000.

Rep. Bob Goodlatte (R., Va.), a co-sponsor of the bill, said he has heard “encouraging things about the bill.” He said the legislation “strikes a good balance” between protecting designs and allowing other designers to interpret designs without running afoul of the law.

“Given that we spent a good amount of the past few years talking to our opponents and getting their feedback, we ended up with a bill that is even stronger and we think represents the entire scope of the industry,” the CFDA’s Kolb said. “We’re back with a lot of optimism in Washington right now.”

Panichgul said Obama’s recognition of his designs and other young designers’ creations has brought awareness to fashion, underscoring the need to promote that and protect it.

“Now that we are on this platform, it’s about people recognizing the integrity of what we do and design,” Panichgul said. “It’s our livelihood and it’s about protecting how we make money and how we live.”

For Panichgul, the legislation stands symbolically as a tool to change the mind-set of the fashion industry.

“It’s about understanding you can’t go into the business and teach young kids out of college and design school to go shopping and rip off clothes for inspiration,” he said. “It’s actually about reversing that idea and talking about how we uphold the integrity of what we do here in America. I think it will deter people from actually trying to copy and will then have a ripple effect on design teams and the philosophy behind a company.”

Cornejo said she emphasized the impact of knockoffs on her business and her employees to the congressmen.

“It’s not about saying we want protection for our egos,” said Cornejo. “We have businesses and we employ people.”

She said she mentioned a 55-year-old patternmaker she employs who depends on his salary to put his son through college.

“If I have a show and the next day we don’t do well because things get copied, then it means he won’t have a job,” Cornejo said. “It is all based on the fact that the only way I can compete is with ideas, and if my ideas are being stolen, it is tantamount to somebody sticking their hand in the bank and taking my money out.”