The next burning question for businesses is how quickly Prime Minister Boris Johnson can broker an acceptable trade deal with Europe.

LONDON — Backed by the largest Conservative majority since the Thatcher years, Prime Minister Boris Johnson now has a mandate to take the U.K. out of the European Union next month, and while British fashion, textile and luxury businesses aren’t all thrilled at the prospect, most are ready to move on and relieved that the fog of uncertainty has finally begun to lift.

On Friday, markets soared following the landmark election that has redrawn Britain’s political map, eliminated the threat of a hard-left Labour government, and made it clear that voters up, down and across the country want a pro-business leader who, after three years of political squabbling and delays, can finally take the U.K. out of the EU.

The pound bounced to 1.34, its highest level since May 2018, and it hit a three-and-a-half-year high of 1.20 euros. The FTSE 100 was up 1.8 percent at 7,404.25. The FTSE 250, which includes medium-size retailers, brands and businesses such as Apax Global, Blackrock, Easyjet, Hammerson and Marks & Spencer, gained 4.3 percent in late-morning trading, hitting an all-time high. 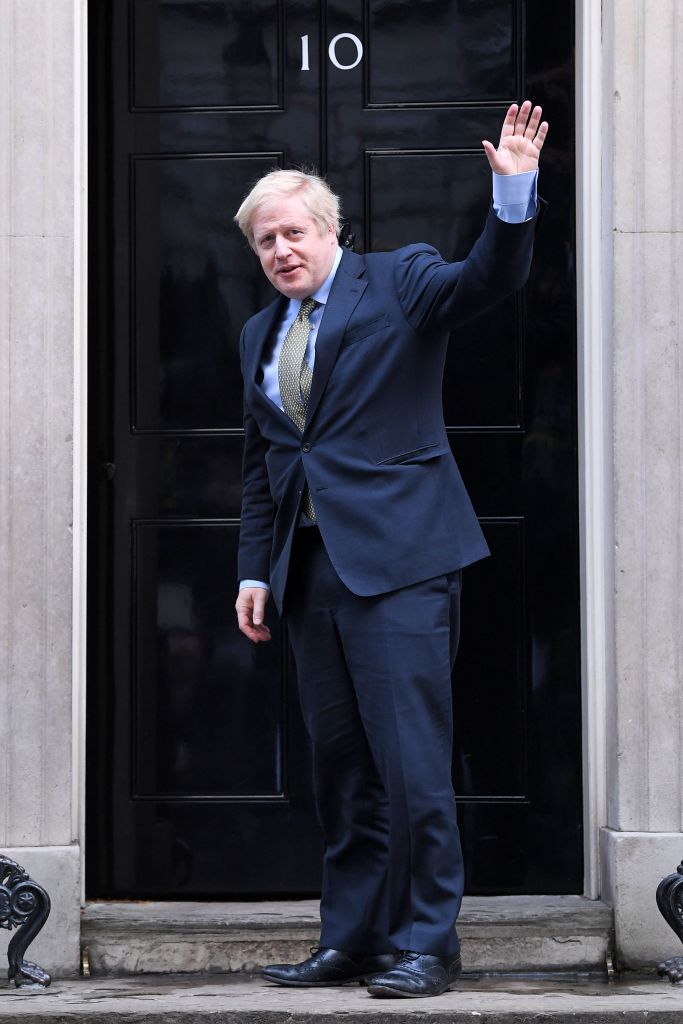 “Not only does the result give more certainty to businesses — they can now see a way ahead, and start investing again — it will boost consumer confidence, too,” said George Wallace, chief executive officer of MHE Retail, a strategy and business consultancy. “There is also the certainty now that we won’t have a hard-left, socialist government.”

Wallace also pointed out that many businesses have already done their pre-Brexit contingency planning for things such as sourcing, warehousing and receiving goods. “They don’t have to keep those plans on ice anymore, and they can start focusing on the positive aspects of doing business.”

“The decisive victory for the Conservative party may well signal a change of mood among consumers away from one of low confidence to one of greater optimism after three-and-a-half years of uncertainty. This will bode well for retailing, as consumer spending relies on consumers to feel positive about both their current situation and their future prospects.”

Wehrle said the past three years, and earlier periods of economic recession over the past decade, have demonstrated that “when consumers feel unsure they rein in their spending. The prospect of a resolution to the Brexit stalemate at the end of January 2020 may well encourage consumers to make more trips to retail destinations and to increase their spending over the forthcoming weeks.”

While retailers may be rejoicing at the prospect of more free-spending consumers, there is new cause for anxiety among British businesses. Many are skeptical about whether Johnson can push through an acceptable trade deal with the EU within the next 12 months.

If Johnson cannot, or if he or the EU refuse to extend the negotiating deadline, the U.K. will revert automatically to World Trade Organization tariffs, a potentially damaging result for British businesses. The EU is the U.K.’s largest trading partner.

Helen Brocklebank, ceo of Walpole, a lobby for British luxury businesses across various industries, said on one hand, the election result was positive. “Members will welcome an end to the uncertainty of the last three years and, historically, a Conservative government has offered the conditions in which British luxury thrives.”

She was also quick to point out that Walpole is concerned about the negotiating timetable for the U.K./EU trade relationship. 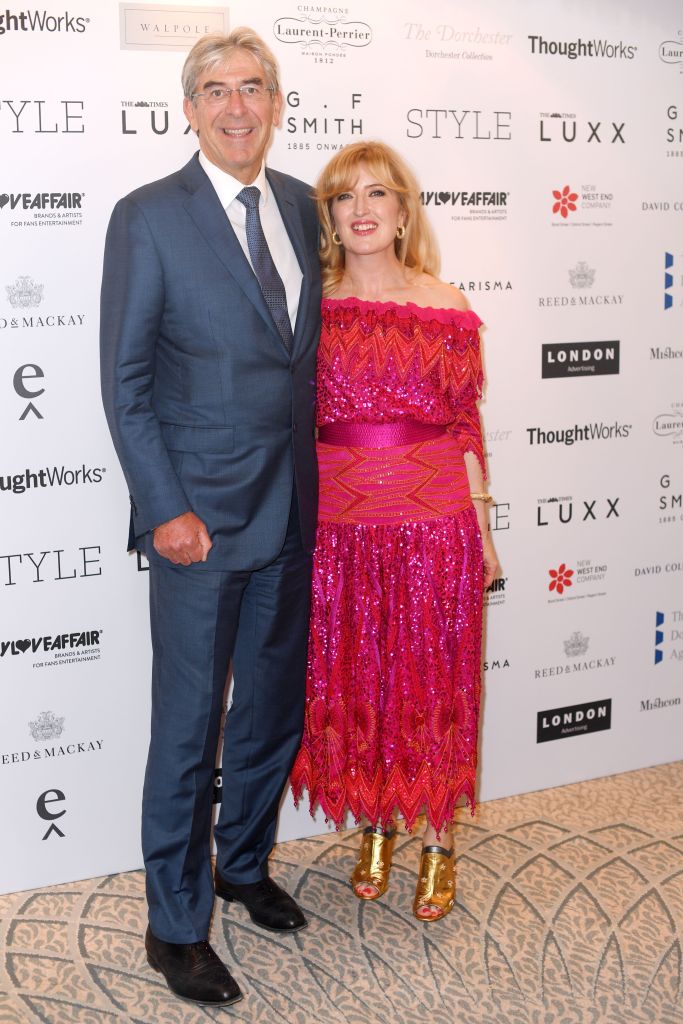 “Completing something that works hard for the high-end sector in just 11 months from the 31st of January withdrawal will be challenging,” she said. “For British luxury fashion businesses with deep supply chains through Europe, the devil will be in the detail of that trading agreement.”

Caroline Neville, president of CEW (U.K.), the beauty industry organization, said a strong Conservative government “is good for business, the economy and the livelihoods of our members. The result ends three years of uncertainty and (challenging) trading conditions for the beauty industry, so we hope that consumer confidence will lift.”

Like Brocklebank, she’s concerned about the details of any new trade deal.

“Now we move onto the trade negotiations, and of great concern to CEW is the protection of effective supply chains and access to ingredients and resources. We hope for a swift and positive resolution of the talks, but we are optimistic and have more certainty on the direction of travel,” Neville said.

Adam Mansell, ceo of the U.K. Fashion and Textile Association, said his organization welcomed “the certainty this result brings,” and said he was looking forward to working with the new government.

“We will be urging the government to ensure that U.K. immigration policy reflects the needs of (small and medium-size enterprises) alongside increasing support for entrepreneurship and encouraging business growth,” he said, adding that innovation and sustainability are also top of the UKFT’s agenda.

The British Fashion Council said it will continue working with government “to ensure the interests of the British fashion industry are well-represented and heard. Our aim is to make sure that government is aware of our priorities, and that it will help us move the agenda forward on topics including international trade, sustainability, education, training and talent.”

Johnson is certainly fired up about Britain’s future and potential: His speech at 10 Downing Street on Friday afternoon was gracious and he thanked voters for trusting him, and for taking a chance on him.

He said he respects the “good and positive feelings” that voters feel toward Europe, and that the EU would remain an ally, friend and sovereign equal. “Now, I would urge everyone to find closure and to let the healing begin.”

He pointed to other priorities on the Conservatives’ agenda, including the National Health Service. Johnson has pledged to hire tens of thousands more nurses, and create 40 new hospitals, in addition to building better infrastructure and technology and investing in education, although it remains unclear how he’s going to pay for it all without draining the country’s coffers.

Johnson said his goal is for the country to “unite, level up and unleash” its potential, and that 2020 would be a year if prosperity, growth and hope delivered by “a parliament that works for the people.”

While Johnson’s campaign trail promises may have sounded hollow to many Londoners (the capital voted overwhelmingly to remain in the EU in the 2016 referendum, and is dominated by Labour Members of Parliament, with seats in 49 of the 73 constituencies), they resounded loudly with the rest of the country.

The Conservatives won 365 parliamentary seats, snatching 47 of them from long-standing Labour strongholds, mainly in the north of England and Wales. 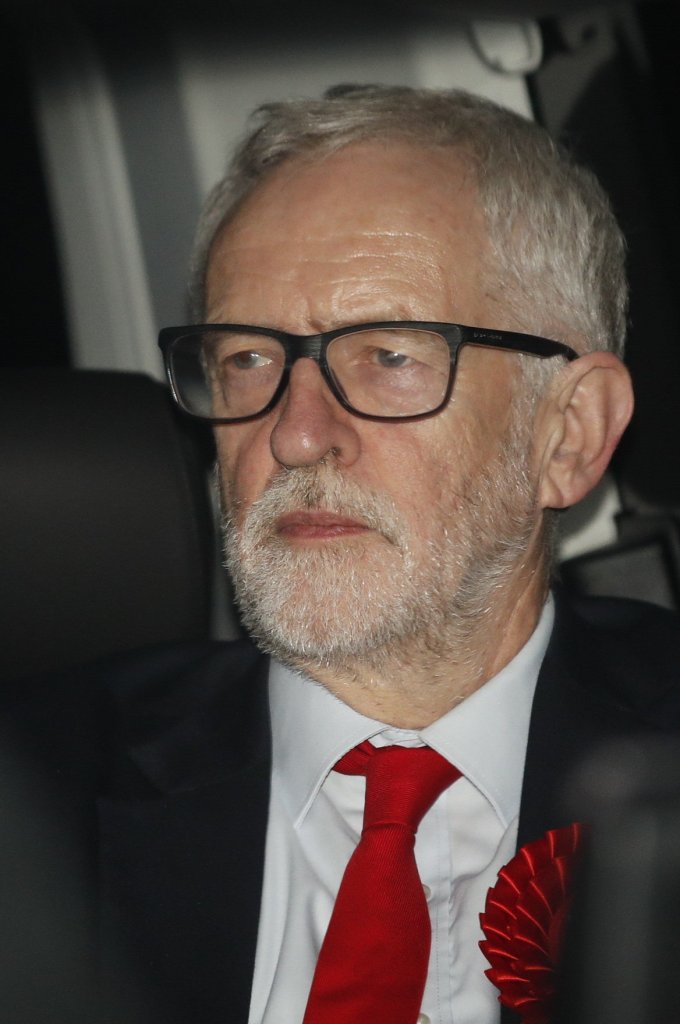 The Labour party won 203 seats, but lost 59 to the Tories and other parties. Tony Blair’s former stronghold of Sedgefield, in northeast England, flipped to Conservative for the first time since the Thirties.

That flip is particularly telling: Blair was a granddaddy of Nineties New Labour, ushering in an era of prosperity, optimism, openness and a surge in creativity dubbed Cool Britannia.

Since then, and especially under the alt-left Labour leader Jeremy Corbyn, the party has gone back to the Seventies, peddling policies such as the four-day work week, “sympathy” strikes, the nationalization of public services, and a handover of power to the trade unions.

Under Labour, British taxes would have been “well above” the levels sustained since World War II, according to the independent Institute for Fiscal Studies, with spending far greater than the Conservatives and Liberal Democrats were proposing during the campaign.

Labour’s campaign was devastated by Corbyn’s refusal to take a clear stand on Brexit; his failure to stop a wave of anti-Semitism in the party and his socialist agenda.

He will resign as party leader early next year, with many expecting his replacement to be even farther to the left.

The threat of Labour is academic now, given Thursday’s results — and the mixed performance of parties such as the Liberal Democrats and the Scottish National Party.

Jo Swinson, head of the Lib Dems, lost her own seat, leaving the party with 11 Members of Parliament in Westminster, while the SNP gained 13 seats as its leaders continue to shout about holding a second Scottish independence referendum due to Brexit.

It’s entirely possible, too, that Johnson will broker a decent trade deal with the EU over the next 12 months, without myriad delays and late-night battles with his European counterparts.

“There is a shadow lurking in the background now, as no one knows what Johnson’s trade deal will be, and there is much concern about the cost of sourcing goods overseas,” said Wallace of MHE Retail.

But now that Johnson has an 80-seat majority, his negotiating power is far stronger inside — and outside — the U.K., and he no longer has to pander to the far-right element of his party that has long been pushing for a “hard” Brexit.

“Maybe the trade deal he’s able to push through will be a bit softer” than expected, said Wallace.