Trade Issues to Heat Up in New Year

The domestic apparel and textile industry has gotten its first clear signals the Obama administration will pursue a more active trade policy next year.

By Kristi Ellis and Liza Casabona on December 22, 2009
View Slideshow 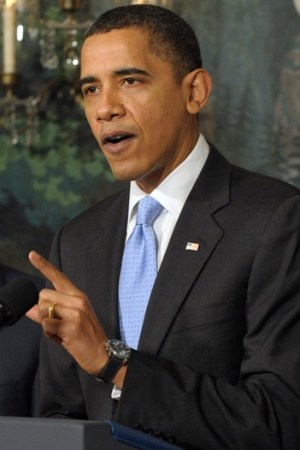 WASHINGTON — The domestic apparel and textile industry has gotten its first clear signals the Obama administration will pursue a more active trade policy next year.

U.S. Trade Representative Ron Kirk notified Congress on Dec. 14 that the administration will formally initiate negotiations to join a regional free trade agreement in Asia. In addition, the administration has given stronger indications that it intends to work on issues holding up passage of the U.S.-South Korea Free Trade Agreement that is pending in Congress.

During his first visit to Asia in mid-November, President Obama said the U.S. will seek greater engagement in the Asia-Pacific region by committing to work with Vietnam, Singapore, Australia, Peru, Brunei Darussalam, New Zealand and Chile to shape a broader agreement out of the existing Trans-Pacific Partnership free trade area.

Kirk said his office will step up talks with Congress and the business community in an effort to join a round of negotiations on the agreement set for March.

“The development of our negotiating positions will be a collaborative effort with elected leaders and stakeholders here at home, in order to shape an eventual Trans-Pacific Partnership Agreement that is a new kind of trade agreement for the 21st century, bringing home the jobs and economic opportunity we want all our trade deals to deliver,” Kirk said.

In remarks to the trade community this month, Kirk said the pact could serve as a model for future trade deals. The talks will include “new technologies, emerging business sectors and the needs of small businesses, alongside labor, environmental and more traditional trade concerns, in the context of a regional approach to trade,” he said.

This would mark the Obama administration’s first proactive move on trade.

Opposition centered around the inclusion of Vietnam. The country’s rapid rise as a source for textiles and apparel has raised concerns in the domestic industry that it is following in China’s footsteps. According to the most recent data from the Commerce Department, year-to-date textile and apparel imports from Vietnam increased 20.1 percent to 1.8 billion square meter equivalents compared with the same period a year earlier.

“We are very concerned and we think Congress should be concerned that, in the midst of enormous manufacturing job losses, the administration is proposing a free trade agreement with a country that is widely regarded as the next China,” said Cass Johnson, president of the National Council of Textile Organizations.

Vietnam is a nonmarket economy — with the government involved in allocating goods and resources and determining prices — that operates on an export-driven model, Johnson noted, charges that are also often leveled at China. Johnson also expressed concern that Vietnam had devalued its currency three times in the last year.

Importers, however, support the administration initiatives.

“As an organization, we very much support the proactive approach and we are pleased the administration is moving forward to better facilitate trade in a growing region of the world,” said Kevin Burke, president and chief executive officer of the American Apparel & Footwear Association. “This is an alternative to China.”

Engaging in an agreement that includes Vietnam, as well as other countries in Asia that have apparel capacity, is a positive for the industry, Burke said.

“This is [the Obama administration’s] first opportunity to really put their stamp on what does it mean for a Democratic administration to talk about trade liberalization,” said Julia Hughes, senior vice president at the U.S. Association of Importers of Textiles and Apparel.

Congress was set to close the year without moving a major piece of trade legislation.

In the final flurry of congressional action in the current session, the House passed one-year extensions for two expiring trade preference programs: one that provides duty free benefits for the Andean countries, as well as the Generalized System of Preferences, which provides duty free benefits to 131 designated countries covering about 4,800 products. It is unclear whether the Senate, consumed by the debate over health care-reform legislation, will pass the bill before adjourning for the year.

Lawmakers have said they will focus on trade legislation early next year, and an overhaul of trade preference programs could be the centerpiece. Senate Finance Committee chairman Max Baucus (D., Mont.) proposed a blueprint for trade in November, making trade with the Asia-Pacific region a top priority. He threw his support behind the Trans-Pacific Partnership and prodded the administration to pursue the regional trade deal.

House and Senate committees are examining whether to overhaul five U.S. trade preference programs that covered $110 billion in trade in 2008 and provided duty free benefits to hundreds of countries from South America to sub-Saharan Africa, trade officials said. With the global economic downturn hurting several developing countries, lawmakers are considering whether to change the programs, create new criteria, streamline or expand them. They must balance the impact of changes on U.S. manufacturers, as well as the current trade preference beneficiary countries.

Retailers and apparel importers are leading a lobbying push to overhaul the trade preference programs and have proposed a simpler, unified rule of origin and an expansion to include duty free benefits for Bangladesh and Cambodia. U.S. textile groups and a coalition of developing countries that receive benefits in existing trade programs have opposed an expansion of the programs, arguing that Bangladesh and Cambodia, which have had problems with labor and environmental issues, would undermine their benefits and production.