A handful of new trade agreements have the potential to lower trade barriers and significantly expand global markets in the next few years. 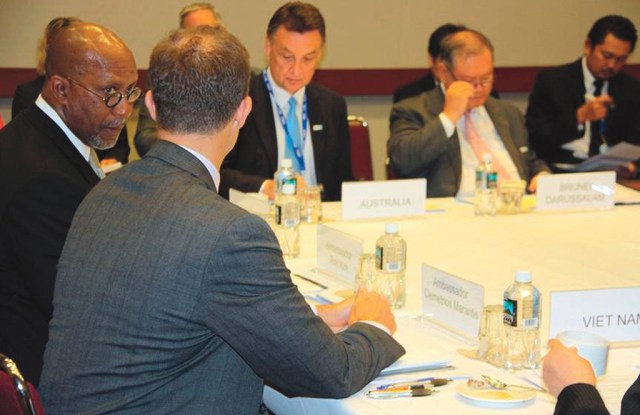 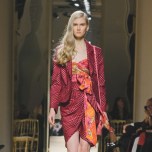 WASHINGTON — Retailers, apparel brands and textile producers around the world are counting on a handful of new regional and bilateral trade agreements to lower trade barriers and significantly expand global markets, particularly in the Asia-Pacific region, in the next few years.

The biggest potential region for exports and retail investment is the Asia-Pacific. Nine countries, including the U.S., are currently negotiating a regional trade pact known as the Trans-Pacific Partnership, which, if realized and enacted, would represent the largest trading bloc for the U.S. Japan, Canada and Mexico announced this weekend that they plan to begin consultations to join the negotiations, which would bring the total number of countries to 10 and add an enormous consumer market and export potential to the mix.

The TPP negotiations currently encompass nine countries: the U.S., Vietnam, Singapore, Australia, Peru, Brunei, New Zealand, Chile and Malaysia. The ultimate objective of negotiators is to bring in all 21 member economies of APEC into the regional trade bloc, which would bring down barriers in China, Russia and Thailand, among others, if ever realized.

“Two of the biggest things for the TPP are Japan joining, followed by South Korea [potentially] joining,” said Gary Hufbauer, senior fellow at the Peterson Institute for International Economics. “That would open up those markets to countries in Asia that don’t have free trade agreements with Japan or South Korea.”

South Korea recently opened up its market to European Union companies with the enactment of a bilateral free trade agreement, and the U.S. is set to take advantage of new market openings and export opportunities with South Korea when its bilateral trade deal takes effect.

A third new market being watched by the global industry is Russia, which recently completed its 18-year bid to join the World Trade Organization and is expected to formally join the organization next month.

Russia’s accession to the WTO is expected to help boost retail investment, especially on the part of European luxury brands and stores, which already have a big presence in the country. U.S. apparel brands also see the Russian market as having big export potential.

Lowering trade barriers in Russia provides a strong market opening opportunity for such European luxury companies as Salvatore Ferragamo, which currently has seven stores in Russia, and such U.S. companies as the Estée Lauder Cos. Inc., which has seen sales grow in the double digits in Russia, according to Cedric Prouvé, group president, international for the company.

But rising labor, raw material and transportation costs in China have begun to slowly erode some of its import share as companies shift production to other low-cost countries, such as Vietnam, to offset the escalating prices. In addition, the global trade community is wary of tension between China and the U.S. over China’s currency policies, which the U.S. argues is undervalued and puts American firms at a competitive disadvantage. The friction heated up last month after the Senate passed a bill that could lead to punitive tariffs on Chinese imports. The measure has stalled in the House.

China’s apparel and textile imports to the U.S. fell 2.4 percent to 19 billion SME for the year-to-date through Sept. 30 compared with a year earlier, according to the latest Commerce Department data. During the same period, combined textile and apparel imports from Vietnam to the U.S. rose 12.2 percent to 2.3 billion SME.

“I think from a sourcing perspective, there is almost desperation in trying to move production out of China,” said Nate Herman, vice president of international trade at the American Apparel & Footwear Association. “There is no question China will remain a dominant supplier of apparel to the U.S. market for many years to come. The question is how much of that production currently in China can move out over the next 10 years. Right now China controls 40 to 45 percent of the U.S. import market, and there will be an effort to reduce that to 25 to 30 percent in the next 10 years.”

Stephanie Lester, vice president of international trade at the Retail Industry Leaders Association, said, “Companies are absolutely looking for alternatives to China. That’s why there is a great interest in the TPP.”

U.S. importers have their sights set on Vietnam (already the second-largest apparel supplier to the U.S.) in the TPP negotiations, because it could receive duty free benefits and make apparel shipments to the U.S. cheaper. But the U.S. has proposed a yarn-forward rule of origin, which requires that apparel be made of fabric and yarns supplied by the U.S or other TPP partner countries to qualify for duty-free benefits when shipped back to the U.S. Importers have stressed that the rule of origin for textiles and apparel must be flexible enough to allow them to use third-country fabric and yarns in apparel production. U.S. textile producers are vigorously opposed to a liberal rule of origin.

“If the rules are favorable, it is a great opportunity for U.S. brands to use the regional market as a sourcing platform where you can make apparel in Malaysia or Vietnam and then supply U.S.-branded products to markets in Australia, New Zealand, Singapore and Japan, if it joins,” Herman added.