From China to Nicaragua, executives face a host of sourcing issues in 2013. 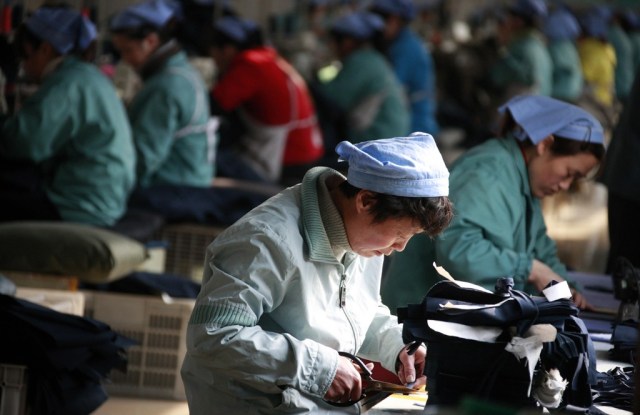 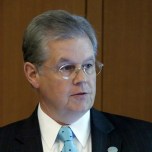 Sourcing executives are entering the new year facing a host of challenges and opportunities — potential changes to U.S. trade policies, a possible Asia-Pacific trade deal, rising costs in China and a new opening in Burma among them — that could impact their supply chain strategies.

This story first appeared in the January 8, 2013 issue of WWD. Subscribe Today.

The swirling trade currents affect executives who will be purchasing fabrics and yarns, and setting their production plans, at several trade shows in New York next week, including Texworld USA, Première Vision Preview and Kingpins.

The U.S. fashion industry, which imported $100.5 billion worth of apparel and textiles from around the world in the year ending Oct. 31, has significant exposure to shifts in trade from Asia and Europe to South America and the Western Hemisphere.

China remains the number-one sourcing destination for apparel, controlling a 47.7 percent share of apparel and textile imports to the U.S. At the same time, rising wage rates in China have continued to boost business for such countries as Vietnam, Bangladesh and Cambodia.

“Everybody sees the trend of movement out of China, albeit slow — it is not as fast as everybody thinks it will be,” said Rick Helfenbein, president of Luen Thai USA. “But there is long-term strategy to have China Plus One, and now everyone is talking a China Plus Two strategy, which will depend on the product that you are making.”

Helfenbein said he expects the top four apparel suppliers — China, Vietnam, Indonesia and Bangladesh — will continue exporting the most apparel to the U.S. this year.

“I think Vietnam and Indonesia will become big winners,” Helfenbein said. “I think you will also see a lot of production coming out of Bangladesh and hopefully it will be safer product, and I also think there will be a big boom in Cambodia because they are friendly to the industry.”

Kevin Burke, president and chief executive officer of the American Apparel & Footwear Association, said there has been a slight uptick in manufacturing in China recently, which will remain where it is as the top apparel supplier.

“Bangladesh is going to remain a powerhouse because most of their GDP comes from the apparel industry, and Vietnam will be very strong,” Burke said. “The fact that the industry is looking for a shorter supply chain will also benefit the Central American region.”

The most significant measure on the trade front is the negotiation of the Trans-Pacific Partnership trade deal that would be the largest regional free trade agreement in history if completed. It is expected to significantly reshape apparel sourcing because it would potentially give number-two-ranked apparel supplier Vietnam more market access to the U.S. through duty-free treatment.

Trade experts are split on whether the agreement will be finalized this year among the 11 countries — the U.S., Vietnam, Singapore, Australia, Malaysia, New Zealand, Peru, Brunei, Chile, Mexico and Canada. Japan has also asked to join the talks.

Julia Hughes, president of the U.S. Association of Importers of Textiles and Apparel, said the U.S. proposed a new concept at the latest TPP round in New Zealand in December — a permanent short supply list and a separate, temporary short supply list — she said the U.S. plans to discuss at the next two negotiating rounds in Singapore in March and in Peru in May.

“For apparel brands and retailers, that means the ability to source [textile] inputs from outside of the TPP when it is not available in the TPP and still have duty benefits for products that meet all other specifications,” Hughes said.

One of the biggest sticking points and unresolved issues in the talks is the U.S.-proposed yarn forward rule of origin, supported by the domestic textile industry but opposed by importers, that requires apparel to be made of fabric and yarns supplied by the U.S. or other TPP signatory countries to qualify for duty-free benefits. A tariff phaseout schedule on apparel and textile imports must also be determined.

“There is very little advantage for U.S. manufacturers [in the TPP],” said David Sasso, vice president of international sales at Buhler Quality Yarns. “If Vietnam gets the opportunity to eliminate the yarn-forward clause, it could be devastating for the synthetic fabric and garment manufacturing in this hemisphere,” adding that it would eliminate a 30 percent tariff on those imports that currently helps the U.S. industry compete.

Another continued area of sourcing interest — the Western Hemisphere and U.S. manufacturing production — is expected to hold at steady levels and potentially grow incrementally this year, executives said.

Sasso said Buhler, which exports 50 to 55 percent of its yarns to Central America and Peru, expects to see “pockets of opportunity” in the Western Hemisphere. The other half of the company’s business is U.S.-based, with the majority of it sold to brands in Los Angeles.

“Those brands in L.A. survive because of speed and quality design, and that is not going anywhere,” he said. “They are still sought after by the U.S. consumer. I think there is an opportunity in the U.S. to do more woven production and I think that has a real potential of growing and that hasn’t happened in a long time.”

U.S. textile exports to the world fell 0.6 percent to $17.1 billion for the year ending Oct. 31, according to government data.

Mike Hubbard, vice president at the National Council of Textile Organizations, said he thinks the percentage of U.S. yarn and fabric exports last year to North American and Central American Free Trade Agreement countries will wind up being less than 64 percent, but “we expect this to recover.

“Also, Peru and Colombia are smaller markets, but we expect growth in both of those markets, as well, in the coming year,” Hubbard added.

One U.S. trade tariff preference level program set to expire at the end of 2014 that’s part of CAFTA could shake production up in Nicaragua, and the industry is closely monitoring it. The TPL provision allows companies to use a specified amount of third-country woven fabric in trousers made in Nicaragua and receive duty-free benefits when shipped to the U.S. Companies manufacturing in Nicaragua can match one square meter equivalent of woven fabric made in the U.S. or CAFTA region with one SME of third-country woven fabric. It accounts for about 25 percent of all U.S. apparel imports from Nicaragua, according to the AAFA.

However, U.S. trade officials signaled in March 2011 that they would not seek to renew the Nicaragua TPL. Burke of AAFA said the group will continue to press USTR this year to renew the program.

U.S. apparel brands and retailers are also exploring new sourcing opportunities this year in Burma, potentially a viable alternative to manufacturing apparel in Asia after the Obama administration waived a nine-year-old ban on imports from the country now known as Myanmar.

“We are interested in Burma, but we are taking it very slowly because some fact-finding we are doing is giving us some concern,” said Helfenbein of Luen Thai. “A lot of Europeans have been there for awhile and they gobbled up some of the good factories that exist. There are some serious infrastructure problems in the country, and if you want to buy land and set up a factory, it is costly because a lot of land speculators have already bought up prime property.”

“In spite of the fact that everyone thinks this is a new horizon, it is not going to be as quick a start as anyone would like,” Helfenbein said. “There is interest for us but not without trepidation. It is going to take awhile.”

Erik Autor, vice president and international trade counsel at the National Retail Federation, said, “I would be really surprised if we see retailers jump into Burma until they can be assured that, number one, there are corporate social responsibility polices that can be adhered to there. I don’t think Burma has much understanding or experience with these things. Then there is the corruption issue. I think some may test the waters there, but if I were a prudent company, I would take a wait-and-see approach, rather than plunging in.”

A potential U.S.-European Union free trade agreement, which both sides have said they are considering, is also on the industry’s radar, but it could take years to negotiate.