The U.S. and China have stoked the fires of a potential trade war over the past three days and the stakes for the fashion industry are high.

By Kristi Ellis and Liza Casabona on September 15, 2009
View Slideshow 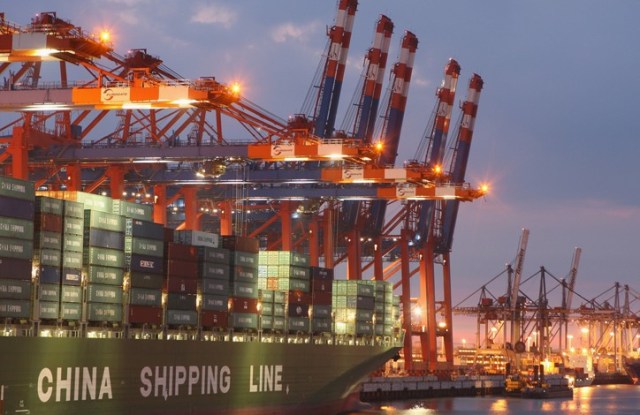 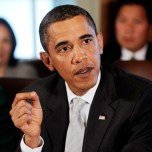 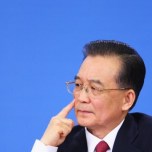 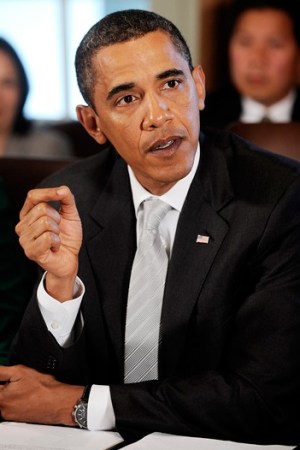 Trade of Made in Italy Counterfeit Goods Said to Be Worth 5.2B Euros

WASHINGTON — The U.S. and China have stoked the fires of a potential trade war over the past three days and the stakes for the fashion industry are high.

While these actions haven’t involved apparel and textile products, many feel they could soon join the fray.

After President Obama revealed a decision late Friday night to impose punitive tariffs on imports of Chinese tires, China fired back with a complaint against the U.S. at the World Trade Organization on Monday. The Obama administration said it will apply higher duty rates to tires imported from China for a period of three years under a China-specific safeguard mechanism — a provision China agreed to when it joined the WTO in 2001. In addition to the existing 4 percent duty, passenger vehicle and light truck tires imported from China will be subject to an additional duty of 35 percent the first year, 30 percent the second year and 25 percent the third year. The increased tariffs take effect Sept. 26.

In invoking the safeguard, Obama upheld a petition filed by the United Steelworkers Union on behalf of U.S. workers in the tire industry. No domestic companies were involved in the case.

“No trading system will work if we fail to enforce our trade agreements, those that have already been signed,” Obama said Monday in a speech at Federal Hall in New York. “So when, as happened this weekend, we invoke provisions of existing agreements, we do so not to be provocative or to promote self-defeating protectionism; we do so because enforcing trade agreements is part and parcel of maintaining an open and free trading system.”

Treading a fine line, Obama was careful to reiterate his commitment to pursuing “expanded trade and new trade agreements,” despite his punitive action against imported Chinese tires.

The Chinese mission to the WTO said Monday it believed the U.S. measures were an abuse of trade remedies. Their complaint to the WTO followed the Chinese government’s decision Sunday to launch antidumping and antisubsidy investigations against U.S. exports of chicken and auto parts, although the officials denied the action was in retaliation for Obama’s decision on the tire petition.

“Although the duties the U.S. has decided to impose are lower than those recommended by the U.S. International Trade Commission, it is still a serious case of trade protectionism,” Zhong Shan, the Chinese vice minister of commerce, told the WTO.

Despite the Chinese allegations of protectionism, the U.S. Trade Representative’s office countered the steps were appropriate.

“The United States is confident that our action is fully WTO consistent, in keeping with trade laws and with the terms of the deal China agreed to when it joined the WTO, and we welcome the opportunity to explain the U.S. determination to interested parties in this context,” said a USTR spokeswoman. “Working through issues like this, as we have with the [European Union] and other major trading partners, is a normal component of a robust economic relationship.”

Some experts said the move by Obama could spark a deep and prolonged trade war with China, while others believe the President had to show that he was upholding and enforcing U.S. trade laws and forcing China to act more responsibly in the global trading system.

“The Obama administration’s decision in the tire case further marks a shift in U.S. trade policy from engagement to enforcement,” said Mark Jaeger, vice president, general counsel and secretary for Jockey International Inc. “The clear threat is that other industries will seek similar relief inviting retaliation. For apparel importers, a section 421 action [China safeguard case] would be disruptive, but it would not return jobs to the U.S. Instead, those jobs would likely shift to other Asian countries.”

“We hope that this leads to a more balanced and fair environment for other industries who have struggled with the same problem of disruption from China,” said Auggie Tantillo, executive director of the American Manufacturing Trade Action Coalition. “Clearly this creates a legitimate discussion within various sectors, including the textile sector, about the credibility of a 421 case. The U.S. industry will be fully examining those options.”

Cass Johnson, president of the National Council of Textile Organizations, said, “We review the [import] numbers every month and continually review our options. This decision means that 421 is a viable option.”

The U.S.-Sino trade relationship has historically been acrimonious, and apparel and textile imports have often been at the center of trade disputes. Many fear Obama’s decision on tires could potentially reverse the tide of trade liberalization and spawn more trade barriers between the two countries.

Obama’s action marked the first time a U.S. president has invoked the China safeguard since it took effect eight years ago and could potentially have implications for American apparel retailers and vendors, which imported $32.1 billion in the year ended July 2009, according to the U.S. Commerce Department.

Former president George W. Bush rejected four China safeguard cases during his eight-year tenure, where the U.S. ITC found cause for injury and suggested remedies. But Bush did impose temporary tariffs on steel imports during his administration and self-initiated consultations with the Chinese over surges in apparel and textile imports that led to a three-year bilateral quota agreement with the Chinese. It expired last year.

Industry officials said the United Steelworkers’ success could provide a model for the U.S textile industry and its main textile union, Workers United.

“I would expect there to be more such petitions and more steps by the administration,” said Bruce Raynor, president of Workers United. “I think the President is committed to fair trade but he is not committed to trade that undermines U.S. jobs and that is what the surge in U.S. tires from China is doing.”

Raynor said the tires safeguard case “undoubtedly helps the textile industry” in determining whether to file a similar case. He said, “I think the textile industry will file a petition and I think when the time comes, it will be looked at favorably.”

Asked whether Workers United planned to file a case on behalf of textile and apparel workers, Raynor said the union is “actively looking” at a potential textile case. Raynor dismissed the accusations by some that Obama is becoming more protectionist.

“If people listened to him during the campaign, he said he was going to enforce trade laws and do something to protect American jobs,” he said. “This isn’t protectionism. This is a surge in imports that undermines U.S. productive capacity and this action is taken to preserve an industry. This is exactly the kind of policy that we need to do where the government is on the side of the American worker instead of on the side of multinational corporations.”

If the domestic textile and apparel industry did file a case it would in essence reestablish quotas, said Erik Autor, vice president and international trade counsel for the National Retail Federation, who said it is not a question of if but when the textile industry files a petition. The decision would drive production out of China but it would not shift production back to the Western Hemisphere, he said.

“It will disrupt the supply chain and shift production to other Asian countries like Vietnam, Bangladesh and Cambodia. Any notion that this is going to save jobs in the U.S. is a pipe dream,” Autor said. “Quite frankly, no one is going to make long-term decisions on the threat of a three-year safeguard. It’s not doing anything to help the domestic textile-apparel industry but it will disrupt business for importers.”

Julia Hughes, senior vice president of international trade at the U.S. Association of Importers of Textiles & Apparel, said the possibility of an apparel China safeguard case creates uncertainty for importers but does not have an immediate impact on their sourcing plans.

“Until a case is filed, there is really nothing companies can do and it is totally premature for companies to start shifting business,” said Hughes.

Trade observers said Obama’s decision to act on Chinese tire imports has deeper implications for the broader U.S.-China relationship. Obama is set to attend the Group of 20 meeting of industrialized and rapidly emerging nations in Pittsburgh Sept. 24 to 25 and he is slated to visit Beijing in November.

“Invoking the safeguard and [going] to the G-20 after having pledged not to engage in practices to cut off trade, will all make it very uncomfortable for him,” said Mickey Kantor, USTR under President Bill Clinton from 1993 to 1996 and now partner at the Washington law firm Mayer Brown LLP.

Kantor represented the largest exporter of tires to the U.S., Giti Tire (China) Investment Co. Ltd., in the safeguard case.

“Will it be a temporary strain [on the U.S.-China trade relationship]? Of course it will,” Kantor said. “Will it have a long-term effect? No, it won’t.”

But Nicholas Lardy, a senior fellow at the Peterson Institute for International Economics, disagreed, saying there will be a significant adverse impact on the U.S.-China trade relationship.

“I think his [Obama’s] credibility in claiming free trade [principles] has been vastly diminished as a result of this action,” Lardy said. “After all, the U.S. and China both have to make compromises to move Doha [the global trade round] ahead and in China, making these kinds of compromises just became substantially more difficult. The main cost of this action, will be to reduce the prospects of concluding the Doha Round.”