After more than 370 deaths following the collapse of a massive apparel factory complex, the owner of the building was arrested Sunday evening. 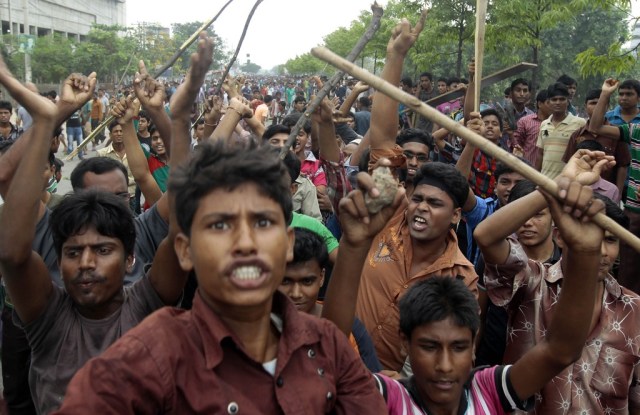 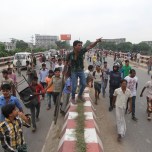 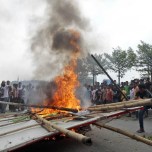 After four days of violence and more than 370 deaths following the collapse of a massive apparel factory complex in Savar, a suburb of Dhaka, the owner of the building was arrested Sunday evening.

Police officials told WWD that Mohammed Sohel Rana, owner of the eight-floor building Rana Plaza that housed five garment factories, was arrested near the border of India and brought to Dhaka in a helicopter.

The building collapsed quickly around the more than 3,000 garment workers, trapping many of them in the debris. Survivors have said they told their employers several days before the building collapsed Wednesday that there were massive cracks in the walls but were told to ignore them and continue working.

Although rescue teams have been working around the clock since Wednesday, the death toll has been going up each day and as of Sunday evening had risen to at least 370, according to police officials. In addition, 900 workers were still missing as anxious relatives thronged the building site in hopes of locating them.

Army officials who have been working on the site say that more than 2,000 people have been rescued from the wreckage but rescue efforts will continue over the next 24 hours, using heavier equipment to cut through the debris.

Five other arrests were made Saturday.

These included Bazlus Samad, managing director of New Wave Apparels Ltd., one of the factories in the building; Mahmudur Rahman Tapash, of the same company; Aminul Islam, chairman of Phantom Apparels Ltd., another factory in the building, and two engineers who were involved in building the complex.

Apparel industry workers and leaders of trade unions have been demanding the arrests of the owners of the companies, with processions and protests in different parts of Dhaka, many of which turned violent over the weekend.

Vehicles were set on fire, apparel factories attacked and demonstrations demanding the arrest of the building’s owner led to mayhem across Dhaka, as well as nearby Chittagong and Savar, police officials said.

The factories that were set on fire included Roshwa Spinning Mills in the Nayanpur area in Shripur upazila of Gazipur. Riot police were called out to control the situation.

Police officials in Dhaka told WWD that more than 100 vehicles were attacked and more than 20 people were injured as the police took control of the situation, and arrested protestors, who wielded sticks to destroy vehicles, blocked highways and resorted to arson.

The Bangladesh Garment Manufacturers and Exporters Association (BGMEA) had said Friday that garment factories would remain closed Saturday and Sunday, but that did not stop the public outrage. Local news reports said that Sohel Rana had been aware of the cracks in the building on Tuesday, but workers were still sent in to work the next day. Reuters quoted Emdadul Islam, chief engineer of the state-run Capital Development Authority (CDA), as saying that the building had not received the proper construction consent, obtaining a permit for a five-story building from the local municipality, which did not have the authority to grant it, and that three floors had been added illegally.

He also told Reuters that the building had been erected on the site of a pond filled in with sand and earth, weakening the foundations.

While the government is taking actions aimed at calming the situation, demands for global brands to take responsibility have been resounding both in Bangladesh and worldwide. Labels from British brand Primark, Spanish brand Mango and Canadian brand Joe Fresh were found at the location.

Joe Fresh, owned by Loblaw Cos., responded quickly, saying on Friday that it was “sending senior representatives from Loblaw Companies’ sustainable supply chain team to meet with local officials in Bangladesh to get a precise response on what caused this tragedy.

“We are committed to supporting local authorities in the rescue and care of affected families,” the company said.

Joe Fresh will join other retailers and the Retail Council of Canada on Monday in an urgent meeting of its Responsible Trade Committee to “discuss how to address this unfortunate situation and be a part of the solution.”

The company added that Loblaw had engaged with the Canadian government through the Ministry of Foreign Affairs for their assistance in the efforts.

“We’ve engaged with a number of organizations including Canada’s Maquila Solidarity Network and their executive director, Kevin Thomas, to gain input into potential solutions, as well as international audit companies,” Joe Fresh said.

The Clean Clothes Campaign condemned brands for their failure to prevent “such heavy loss of life once again.”

“Brands must now come forward, ensure emergency steps are taken and pay without delay into a compensation fund for the victims and their families. They must also commit to prevent future disasters,” a spokesperson said.

Clean Clothes Campaign estimated that the total compensation figure was likely to be more than $30 million in addition to the cost of emergency treatment. It is also contacting brands whose names are linked to one of the five factories that were producing in the building to verify details of their production. They noted that besides Primark, Mango and Joe Fresh, Bon Marche of the U.K. and the Spanish department store chain El Corte Ingles have confirmed current or recent production.

Other brands linked to the factory through import data, labels and other documentation found at the site by local activists include Benetton of Italy, Cato Fashions and Children’s Place of the U.S. and France’s Carrefour. “So far all deny production or failed to respond,” the CCC noted.

As CCC calls on buyers to step forward and take responsibility, manufacturers in Bangladesh are anxious about the way forward. The $20 billion a year industry employs more than 3.6 million people, and officials of BGMEA reiterated that the global business continues to be an important part of the country’s further development and growth.