It doesn't get any more American than the Star Spangled Banner and Polo Ralph Lauren Corp. 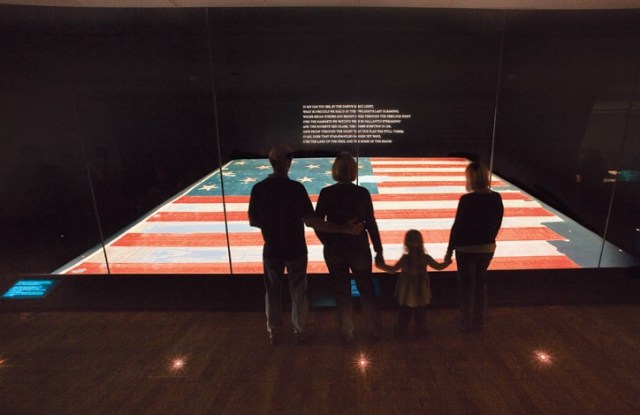 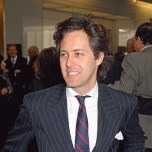 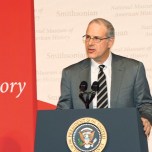 WASHINGTON — It doesn’t get any more American than the Star Spangled Banner and Polo Ralph Lauren Corp.

The iconic American symbol and fashion brand shared the same stage in the nation’s capital Wednesday as the Smithsonian National Museum of American History unveiled the restored flag, the product of a decade-long restoration, at a ceremony steeped in sweeping patriotic themes, anthems and American lore, not to mention a ceremony for five people who became U.S. citizens at the event.

The dedication ceremony in the museum’s new Star Spangled Banner Gallery capped off the 10-year restoration process, to which Ralph Lauren donated $13 million in 1998 at the request of then-first lady Hillary Clinton, who launched the Save America’s Treasure campaign with then-President Bill Clinton.

“When Polo was asked to participate in this project, we said ‘yes’ because we knew it was right,” Roger Farah, president and chief operating officer of Polo, said. “We were given the opportunity to help preserve not just the flag but an important symbol to our nation.”

“It was remarkable and it literally went stitch by stitch,” said Lauren, whose father did not attend Wednesday’s ceremony.

Make that 1.7 million stitches to be exact that had to be removed by hand to detach the flag from a linen backing.

“They had women sit on machines and literally lay over the flag,” Lauren said, adding Hillary Clinton reached out to the company because “she really thought of Ralph Lauren specifically because we embody that American spirit and so much Americana has been embraced in the clothes.”

First Lady Laura Bush, who served as an honorary chair of the project, and President Bush attended Wednesday’s dedication ceremony for the flag and reopening of the National Museum of American History, which itself underwent two years of renovations and houses American icons as such Thomas Edison’s first lightbulb, the desk on which Thomas Jefferson drafted the Declaration of Independence and the lunch counter from a Woolworth’s where four African American college students were denied service in 1960 in Greensboro, N.C., an incident that sparked the movement culminating in the passage of the Civil Rights Act of 1964.

“This building is home to many of our national treasures,” President Bush said. “It is a reminder of our country’s proud heritage and today we’re witnessing the beginning of an exciting new era in its history.”

The Star Spangled Banner, the inspiration for Francis Scott Key’s poem, which later was set to music and became the country’s national anthem, is housed in a new gallery centered in the heart of the museum underneath a five-story sky-lit atrium.

A representation of a waving flag, made up of 960 reflective tiles, frames the entrance of the gallery, while the actual flag, which was first donated to the museum in 1907, lies behind the entrance in a 35-foot floor-to ceiling glass wall enclosure.

In an interview after the ceremony, Farah acknowledged the significance of the timing of the flag’s unveiling, pointing to the historic election of Barack Obama, who will be sworn in as the country’s 44th president on Jan. 20.

“I think [Obama and his wife, Michelle] are the American family,” Farah said. “They have two beautiful kids and they’ve worked hard for what they have. They are well spoken, young and full of vitality. I think the country has a sense of hope in a very difficult time and I think it’s all attributable to their leadership and how they’ve conducted themselves.”

Farah said the fashion industry could be a beneficiary of a boost in consumer confidence.