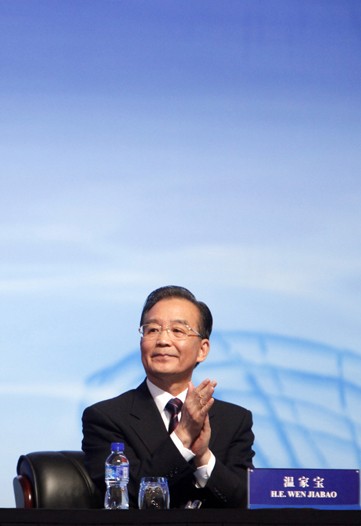 WASHINGTON — U.S. and China currency policies are playing out on multiple stages across the globe, from world financial markets to the U.S. Congress and National People’s Congress in Beijing to the cotton fields of India.

With so much in flux and criticism of both countries’ monetary policies mounting, the business and economic outlook in the U.S. and abroad will remain volatile, according to economists, executives and trade experts. Consumer prices are expected to rise in 2011, driven in part by the gradual appreciation of the Chinese yuan, in conjunction with rising labor and raw material costs in China that make up the lion’s share of production costs, industry executives said.

The currency issue came to a head at the G-20 meeting of global economic powers this month in Seoul, where the U.S., pressing for targets for countries like China to rebalance their economies and let their currencies appreciate, came under fire for its recent monetary policy decision. The G-20 meeting ended with what many said was a watered-down agreement to avoid “competitive devaluation” of currencies, without benchmarks or commitments to limit trade surpluses and deficits.

“The U.S. has recognized it is going to have to go it alone,” said Eswar Prasad, senior professor of international trade policy at Cornell University. “It tried to pressure China through the multilateral process — the G-20 and the [International Monetary Fund] — and it is not working. My expectation is the U.S. will take a more aggressive, unilateral stance against China’s currency policy. I think what will end up happening is a substantial ratcheting up of trade tensions between the U.S. and China, and that has broader implications for global trade negotiations.”

China said in June that it would move toward a more flexible exchange rate, but the yuan has only appreciated 2.3 percent this year, stoking more political pressure in the U.S. to take action. Critics of China’s currency policies argue the yuan is undervalued by as much as 40 percent, which makes Chinese exports cheaper and puts U.S.-produced goods at a competitive disadvantage.

A weaker dollar, induced by the Federal Reserve’s plan to boost the economy by buying $600 billion in U.S. Treasury bonds, is also contributing to the international tension over currency policies and putting pressure on emerging economies and advanced countries. Fluctuations in the dollar and yuan will continue to have an impact on U.S. companies making apparel abroad and shipping it back to the U.S. market for consumption and could help contribute to the expected increase in consumer prices in 2011, according to industry officials.

Apparel and textile imports from China to the U.S. totaled $31.8 billion in 2009, creating significant risk and exposure for retailers and apparel brands doing business there. The entire global supply chain has felt the squeeze from the currency fluctuations and rising global cotton prices, which have hit a broad swath of the industry.

“There seemed to be a pretty universal consensus at our [annual conference in mid-November] that consumer prices will go up and we could see substantial double-digit price increases across the board,” said Julia Hughes, president of the U.S. Association of Importers of Textiles & Apparel.

Most Chinese factories sign long-term contracts with U.S. companies based on dollars, so if the dollar’s value declines, those factories, operating on razor-thin margins, lose. The squeeze is also put on U.S. companies making apparel in China when the value of the yuan increases because wages, the single biggest component of labor costs, are paid in the local currency.

“People have signed contracts for products six, nine, 12 months out,” said Nate Herman, vice president of international trade at the American Apparel & Footwear Association. “These contracts have already been decided and are denominated in dollars, so if the Chinese decide to do a 10 percent revaluation, or even a 2 to 3 percent revaluation, overnight, you are stuck in your contract, but the costs have gone up dramatically.”

Economists and academics do not expect the currency tensions to ease in the first half of 2011. They expect China’s currency to continue to revalue gradually over the next several months, but don’t anticipate a major revaluation of 20 percent, which is what many U.S. lawmakers want.

“I think we are going to see a gradual appreciation of the Chinese currency,” said Tu Packard, senior economist at Moody’s Analytics. “There is still a lot of pressure on the Chinese to revalue, but it would be a big mistake to think that just because at the last G-20 meeting in Seoul, which didn’t produce the kind of language that Treasury Secretary Tim Geithner wanted, that nothing is happening. Au contraire.”

Uri Dadush, director of the Carnegie International Economics program at the Carnegie Endowment for International Peace, said, “I do expect some continued appreciation in China and I feel it won’t be a rapid thing, but a steady movement. I would expect that companies that are already established in China will continue to invest in China and move around in different parts of China rather than pull out and move because costs have gone up 10 to 20 percent, but it may be different with new investment and companies may not expand as rapidly in China.”

Dadush said there is a risk for countries to engage in “currency wars” in the coming months, which could lead to more protectionism.

The prospect of U.S. legislation targeting China’s currency policies advancing will continue to create friction. The House passed legislation at the end of September, with broad bipartisan support, that would give the Commerce Department greater leeway in investigating and cracking down on undervalued currency as an illegal export subsidy, which could lead to punitive tariffs on imports from China and other countries. Most experts do not expect the Senate to pass a currency bill in the lame-duck session in December and prospects for legislation next year hinge on the continued threat of high unemployment and a widening trade deficit.

“The U.S. bilateral trade deficit or the employment picture can both create tension,” said Cornell’s Prasad. “I don’t see any scenario in which there will be reduced tension going forward unless China makes a significant move [to revalue its currency] and I don’t see them doing that.”