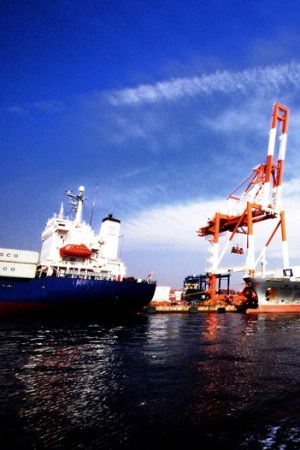 Senior diplomatic sources said President Obama got the message during the April G-20 leaders summit in London that reviving the talks, which broke down in July over differences between advanced and developing countries on agriculture, was vital in efforts to help revive the global economy and fend off rising protectionist pressures.

Trade ambassadors from rich and developing countries, speaking on the condition of anonymity, said they see a positive approach from the Obama administration on restarting full-fledged Doha talks.

“The world has given us an opportunity to reset our relationships with a lot of our partners…so this is as much an opportunity for us to hear their perspectives as much as to share my own,” Kirk told reporters here.

In initial discussions Monday with a group of WTO ambassadors, Kirk indicated a key goal of the Obama administration is to give a better explanation to the Congress and to the American public about the potential economic benefits of the Doha Round, according to envoys who took part in the session.

However, the same sources said Kirk emphasized that while it’s clear what the U.S. would give to trading partners in a Doha deal, there is uncertainty about what it would get in return. That’s a question that requires more clarity, said Kirk, noting that Washington wants to know what major emerging countries such as Brazil, China, India, South Africa and Indonesia are willing to contribute.

A senior Western negotiator said he “sympathizes with the U.S.,” and noted unless major countries like India, China and Brazil offer more market access, “it would be difficult for USTR to sell a Doha deal to Congress.”

Some Geneva-based trade envoys said they expect the U.S. and other key players to prepare the foundation in spring and summer to restart negotiations in the fall.

“My personal expectation is that, after the summer session, negotiations will take place,” said a Western diplomat closely involved in efforts to revive the talks that were launched in November 2001 in Doha, Qatar.

But some WTO ambassadors said they consider “dead on arrival” a proposal floated by Canada and backed by Kirk that foresees switching from the “modalities” formula approach in lowering tariffs on agricultural products and industrial goods to bilateral talks on a tariff line-by-line basis.

“We don’t support it and we made that clear,” said a senior European Union official who did not want to identified.

Many other rich and developing nations, including India, Brazil, China, Japan and Australia, and smaller African nations do not support switching to the new format, which some maintain would result in a less ambitious market access outcome, especially in lowering barriers for farm trade, sources said.

U.S. trade officials and industry executives have complained the formula approach in the industrial goods segment of the talks, including the voluntary nature of possible formula-plus sectorial initiatives that would secure even bigger tariff cuts, do not deliver adequate market openings for American exporters.