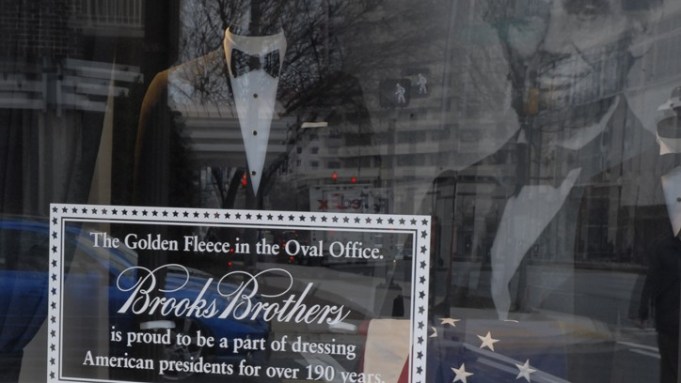 WASHINGTON — Retailers here could get a temporary reprieve from the economy’s doldrums as millions of people pour into the nation’s capital and loosen their purse strings to celebrate the historical inauguration of President-elect Barack Obama.

Stores, restaurants and hotels are expected to see a year-over-year bump of $7 million to $10 million from the inauguration, said Dan Tangherlini, city administrator. The estimated price tag of putting on the inauguration for Washington and surrounding areas in Maryland and Virginia is roughly $75 million.

The retail impact of this inauguration, more than previous ones, could bleed outside the city limits into surrounding neighborhoods, but that could come at the expense of other areas where residents of the city are constrained by the influx of people for the event, Tangherlini said.

“[The effect] will be positive but mixed,” he said. “A lot of people who will do their normal shopping might stay in. You might see places where retail sees sales declines and in other places they’ve never seen so many people.”

Conservative estimates are that 1.5 million to 2 million people could flood Washington for the inaugural events, but the city is planning for capacity crowds, Tangherlini said. The Washington Mall can hold 3 million people and the parade route can accommodate 300,000, he said. The previous high-water mark for the day was President Lyndon Johnson’s inauguration in 1965, with a reported 1.2 million attendees.

“I think smart retailers will figure out a way to link some merchandise to inaugural events,” said Tracy Mullin, president and chief executive officer of the National Retail Federation. “It’s another marketing opportunity, particularly in this stressed retail season.”

Obama’s electoral victory and inauguration have sparked interest among fashion retailers that have pulled back from opening stores in other parts of the country but are leasing space in the downtown area here because of the excitement the new president has generated.

The Madison Retail Group said Wednesday it helped broker leases for Guess Inc. and Forever 21 to open stores downtown. Guess has signed a 5,000-square-foot lease on F Street and plans to open in the fall, while Forever 21 has inked a deal for a 27,000-square-foot lease in the old Woodward & Lothrop department store building, according to Eric Rubin, who, along with Mike Pratt, both principles at Madison, brokered the deals.

“What is interesting is that, in working with a number of retailers and consultants, there is a genuine interest in the new president and the impact his administration may have on retail in Washington, D.C.,” said Rubin. “In October, November and December, there were a number of [retail lease] transactions…that basically stopped. But after the election, there was great hope and a groundswell of belief that things could potentially get better.”

Some retailers and apparel brands also are collaborating with landmark hotels near the White House and on the inaugural parade route, creating boutiques and offering head-to-toe makeovers and last-minute accessories and wardrobe items to hotel guests and the general public.

Neiman Marcus has collaborated with the St. Regis Washington and the Hay-Adams and will open boutiques in each of those hotels, which are situated near the White House, while Polo Ralph Lauren has partnered with the Mandarin Oriental for an in-hotel boutique.

Ballgowns, tuxedos, accessories and products bearing the likeness of Obama, who will be sworn in as the first African-American president on Tuesday, are driving up sales at local stores.

“Given the anticipated traffic, this is such a great opportunity to maximize,” said a spokeswoman for the Neiman Marcus Group’s store at Mazza Gallerie here. “Because the enthusiasm was so high, we wanted to do a series of special products in tribute to this, and we have done garment bags, tote bags and shoe bags,” all emblazoned with the words “Inauguration 2009” and Neiman Marcus.

The luxury retailer has had an increase in foot traffic in the store and has stocked a “special collection” of ballgowns.

“We do have many gowns we typically would not have in our store,” she said.

The store is running a special event dubbed “Get in Style for the Inaugural” that encourages people to shop their own closets and bring in a gown or tuxedo they already own to have sales associates help update them with alterations or new handbags and jewelry.

Among the best-selling ballgowns, ranging from $300 to $6,000, have been classic styles from Giorgio Armani, Oscar de la Renta, Carolina Herrera and Vicky Tiel. Tuxedos by Armani and Ermenegildo Zegna also have driven sales, she said.

“There is a lot of excitement in the city, and there will be a large number of people in the D.C. metro area,” said a spokesman for Macy’s. Red, white and blue gowns, in addition to black gowns, are among the bestsellers, ranging from $150 to $400, he said.

The store has hosted a series of events surrounding the inauguration. They range from a display of the wax figure of Obama — on loan from Madame Tussaud’s Wax Museum — to a presentation of inaugural fashion with the fashion editor of Washingtonian magazine and several makeover events by Estée Lauder.

Macy’s also is offering a $12 tote bag bearing six large pictures of Obama and an $18 eco-tote with 16 images of the next president.

Wendy Red, fashion director of the 24-store teen retail chain Up Against the Wall, said she has been selling out of Obama T-shirts designed by Obey Giant, a surf-skate apparel company founded by Shepard Fairey, whose artistic portrait of Obama in red, white and blue with the word “Hope” has become a ubiquitous symbol associated with his campaign and will be enshrined in a Smithsonian museum.

“T-shirts have been phenomenal,” said Red. “They just can’t get enough of them.”

The company’s Commander Salamander store in Georgetown features a large poster of Obama that was provided by Obey Giant and is affixed to the exterior of the store.

“We’ve never experienced what is going on in our country now,” said Red. “It’s difficult to say how big the increase will be because people have been cautious about spending. But I think we will have a very good weekend. People are just more confident about [Obama] than they were with Bush to turn around this economy.”�