The music, arts and tech festival on the south lawn of the White House focused on the big ideas shaping everything from sustainable fashion made in the U.S. to augmented reality technologies and innovations in science and health care fields. 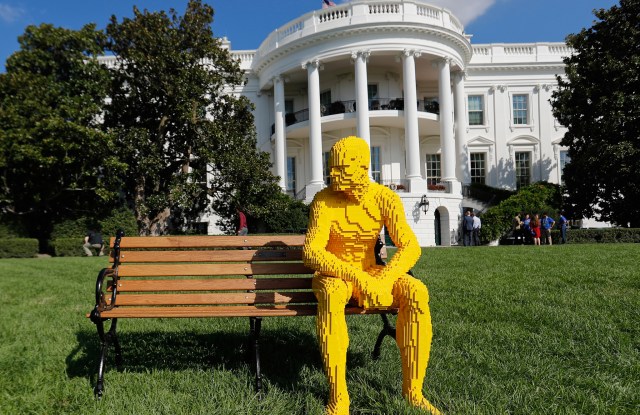 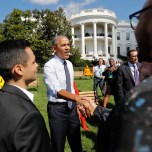 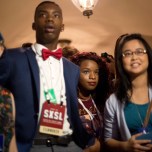 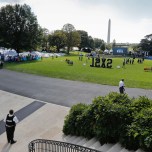 WASHINGTON — President Obama put the South Lawn of the White House on the map on Monday.

Channeling South by Southwest, the festival that takes place in Austin, Tex., Obama hosted “South by South Lawn” in his own backyard, transforming it into an arts, musical and tech ideas festival, featuring the people and ideas at the forefront of their emerging fields. The organizers of the SXSW Festival in Austin cohosted the event in coordination with the American Film Institute and the President’s Committee on Arts and Humanities.

Diversity and inclusion were the main themes sounded at the panel discussions that highlighted not only the innovations launched by a range of cutting-edge tech start-ups but also social programs aimed at feeding more people or providing more opportunities for impoverished communities.

“Much like the festival I dropped by in Austin earlier this year, SXSL is, at its heart, a call to action,” Obama said. “The folks out on the lawn today are artists, creators, entrepreneurs and innovators who will share how they’ve used their unique skills to engage their communities in making the change they want to see — whether it’s curing cancer, fighting poverty, empowering women and so much more.”

The daylong event served as a platform for the new ideas and products that are having an impact on societies around the globe.

Among them were tech entrepreneurs such as Stewart Butterfield, founder of messaging app Slack, and Brian Mullins, founder and chief executive officer of DAQRI, a leading company in the augmented reality, human machine interface and computer vision field, who discussed their innovations in the context of diversity, as well as thinking beyond their business models.

The day also featured a civil rights icon, a venture capitalist who is setting up a tech training incubator for inmates at San Quentin, a fashion executive dedicated to sustainability and lessening the impact of the industry’s footprint on the environment and the cofounder of a non-profit organization in Queens who is helping people living in poverty get access to technology and develop new skills and raise their incomes.

Leonardo DiCaprio participated in a discussion on climate change with Obama and Dr. Katherine Hayoe, a leading climate scientist, before premiering his new climate documentary film “Before the Flood,” and musical performances from acts including The Dap Kings and The Lumineers were held throughout the day.

An entire panel was devoted to innovation and manufacturing in Los Angeles, featuring everything from sustainable fashion to a company specializing in augmented reality.

Yael Aflalo, founder and ceo of the sportswear collection Reformation, said she moved from New York to L.A. to take advantage of a diverse workforce and a business-friendly government.

“L.A. is very spread out and there are lots of areas with tons of space. There is a lot of manufacturing going on there. In addition, you have a diverse group of people. You have people from the entertainment industry, people from the tech industry and you have people with amazing sewing skills,” Aflalo said. “You have all of that in a melting pot and it fosters innovation and manufacturing.”

Krisztina “Z” Holly, an Massachusetts Institute of Technology-trained engineer and tech entrepreneur who hosts “The Art of Manufacturing” podcast and launched “Make It in LA” a nonprofit focused on “building community and content for the entrepreneurial ecosystem in manufacturing” said a recent survey she conducted showed that “nearly half of the businesses we surveyed were either minority-or-women-owned.”

“So it shows a very different face of entrepreneurship than what we see in the media,” she said.

While California is seeing a renaissance in manufacturing and innovation, the panelists said, a hike in the state’s minimum wage rate to $15 by 2022 could have a major impact on business there.

Moderator Jonathan Gold, the restaurant critic for the Los Angeles Times, asked the executives on the panel how an increase in the wage rate will affect their businesses.

“I’m personally very excited for it,” Aflalo said. “Consumers like to buy things and look for the best possible deal. I don’t think they necessarily realize there are human lives behind all of the products being made. I think it is important to pay people a living wage. I’m pretty sure $15 is close to a living wage in Los Angeles. That is really where we should be.”

Aflalo also noted that she will focus on ways to innovate, become more efficient and invest more in technology and better processes, as a result.

“In the apparel industry that hasn’t been happening very often, because it is easier to send it overseas or somewhere else it can be made,” she added.

Holly said it is often a common refrain in different cities that it is “too expensive here.”

She said Karl Kani, a fashion pioneer of sorts who launched an urban hip-hop brand nearly 30 years ago, has decided to relaunch the brand and make it all in Los Angeles.

“He talks about how critical it is for success,” Holly said. “He has been at the forefront of fashion so a two-week turnaround time as opposed to waiting for something to show up from a ship [is an advantage]. Making it a competitive advantage to make things locally is incumbent upon us.”