A Conversation With Marvin and Lee Traub

The couple talks Martha Graham, marriage, war and other matters. 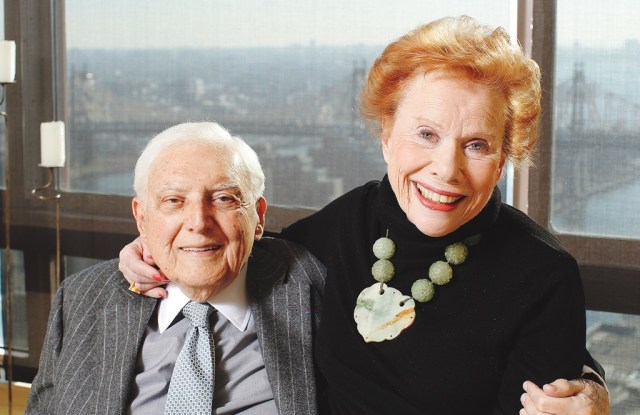 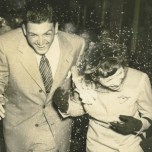 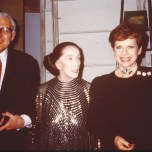 When a small plane crashed into their East Side high-rise apartment building in 2006, Lee Traub was in her apartment on the 44th floor and had to escape by bounding down the staircase.

“It helped that she was a dancer and was in good shape,” says her husband, Marvin. “The airplane hit five floors below our library. The woman in that apartment was actually blown out into the hall,” yet survived, though the people on the plane, including New York Yankee pitcher Cory Lidle, died. “Lee was perfectly fine.”

In an interview with the couple inside their sun-drenched residence with panoramic views of the city and aircraft in the distance, the Traubs discussed, among other topics, how they met and got married, traveling, and their big evening coming up March 14 when they will be honored by the Martha Graham Dance Company for decades of support. The annual gala is a sellout and expected to raise over $350,000. The event will include performances by Diana Vishneva and Fang-Yi Sheu with the Graham Company at the New York City Center for a crowd of 1,700, and dinner for 250 at The Russian Tea Room.

Lee, now 85, began studying dance at age three, was on point at age five, started learning the Graham technique at 14, and in high school studied with Martha Graham herself for a couple of years, along with Paul Taylor, Merce Cunningham and Donald McKayle.

Aside from actually dancing, she’s long been affiliated with dance organizations, joining the Graham board in 1974, serving as chairman from 1982 through 1992 and currently chair emerita.

Lee has also been on the boards of the New York Dance Alliance and the Rioult Company, served as the assistant to the director of the Association of American Dance Companies, and is a former president of the Westchester Dance Council.

“When the economy isn’t good, the arts is the first to suffer,” Lee says. “They are all continuing. You don’t hear of too many going out of business. Somehow they just fight and struggle and do it.”

Graham once said that Lee possesses “a rare understanding of a dancer’s world, as well as the many other worlds that support and nurture the performing arts.” And today, Lee is wearing a carved jade necklace from China, a gift from Graham in the early Nineties.

Lee: “She believed in the mystical healing powers of jade. She was like a great priestess. She had that gaunt look. When you were in a room with Martha, you were very aware of her presence, with a capital P. It was a great privilege to have known her so well, and she was a big influence on me along with Marvin. If you ever saw the company, you would see the dramatic way of moving. Martha was an extraordinary dancer. Just brilliant, besides being a choreographer. There is not one film that really shows what she did best. I don’t know why.

“I thought I was going to be a dancer. I was 15, for two years, in high school I studied with Martha. I graduated but I never went back to her class, but I studied dance. Then I decided I wanted a good education so I went to Smith College, where there was no dance department. Now you can major in dance there.”

Marvin: “One of her classmates was Barbara Bush.…I met Lee in 1947 when I was at Harvard. I was set up by a friend from Long Island who knew her.”

Lee: “We didn’t call it a setup. We called it a blind date.”

Marvin: “I was the business manager of The Crimson. I had a secretary call Lee [for the date]. I thought she would be impressed with this. It cut no ice with her whatsoever.”

Lee: “You won’t believe what our first date was. We went to ‘Tristan und Isolde.’ It’s a four-hour opera and Marvin doesn’t even like the opera. His friend had tickets. It was a long first date, but of course you can’t talk during the opera.”

Marvin: “We went out in January and got engaged the following November. I proposed after the Harvard-Princeton game. We met in January 1947 and got married in September of 1948.”

Lee: “Oh my god. I had to go to all these football games. Did my mother buy that book? ‘How to Talk With Your Date at a Football Game.’ ‘Things to Say to Your Date.’ The only line I can remember is, ‘Smith was wide open and Jones didn’t see him.’ That’s what you would say but with interchangeable names.”

Marvin: “When we got married I had another year of business school. She worked my way through business school, through our first year of the marriage.”

Lee: “He’s still paying me back for that. It was so hard to get a job. I worked in an advertising office. I was a one-girl office. I did everything. We shared space with an Egyptian chemical company which was in the embalming business. It was like a scene out of, what was that old play, ‘You Can’t Take It With You.’ Marvin was on the G.I. Bill then. Marvin was shot in the war, you know, in the leg. He landed at Utah Beach.”

Marvin: “Not D-Day. I landed about three weeks after. I was a squad leader in the infantry and we were attacking a fort and we crossed a beet field. There was a pill box ahead. A machine gun in the pill box shot me in the leg. I had an inch and a half shot away. They took a piece of my hip to replace the bone. This was at Metz.”

Lee: “We were invited back by the Mayor of Metz [decades later.] We found the place where he was shot.”

Marvin: “It was unchanged over many years. We went across the beet field and I went into the pill box and looked out from where the German fired. I can only say that the fellow who shot me was a bad shot. My company had very heavy casualties, so I was out in the field for a number of hours before I got picked up. Sulfur had just been invented so I poured it on the wound. You carried it. I was hospitalized for 15 months, in a field hospital, then in Paris, in the U.K., then Jersey…

“After we saw the mayor, I went to the military cemetery where you go to the graves registration office. They ask for your outfit — C Company, 379th infantry — and they flip open the book and here are all these people who didn’t make it. It was a very emotional experience, going out visiting the graves. I was 19 when I was shot. When I went back to school I had crutches and a brace.”

Lee: “He had osteomyelitis infection of the bone. But when I met Marvin, he didn’t even have a limp. He worked at it.”

Marvin: “A year later, we got married. Lee has been a wonderful partner. She made many of these overseas trips with me and was part of the Bloomingdale’s team. She went to China. She went to Paris with me for the collections.

“We love India. Lee has been fascinated with it. India is such a hugely varied country. We have been to the north in Kashmir, which is wintry, and to the south in Trivandrum, which has palm trees, 14 different languages, and fascinating archeology and history. There is so much to see. You get up at 5 a.m. and go down to the Ganges River and watch the sun come up. You go to the Taj Mahal, one of the most beautiful places in the world. You really have to see it in the morning and the evening…

“When I first visited India in 1964 or 1965, it was hugely primitive. It really was very much a Third World country. It still has a long way to go. There are still lots of problems with the infrastructure, but it has become one of the major emerging markets…

“If you go there, don’t be worried about the food or the poverty. You have poverty in many places in the world. There is poverty. One can’t deny it. But there is an increasing affluence. There is now a middle class that didn’t exist. For the first time, now you have people from the lower castes who are able to get jobs and grow. The people and the products fascinated us. We became friendly with the Indian ambassadors to the U.S., and the American ambassadors to India. We became part of that culture. We have very close Indian friends. Lee has been through all this and very involved in supporting me.”

Lee: “I volunteered. I was pleased to do it and I consider myself very fortunate.”