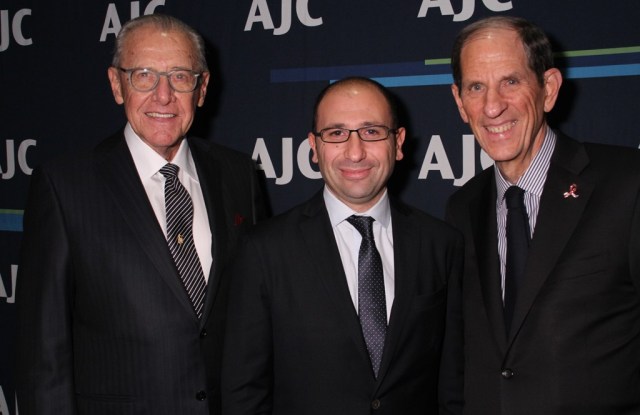 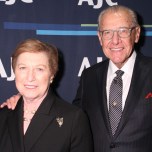 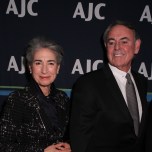 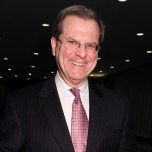 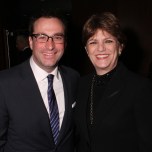 For Frank Castagna, principal of the Americana Manhasset luxury shopping center and Castagna Realty, it’s all about constantly improving and reworking the real estate and appreciating what he has.

“When I consider the freedoms, opportunities and cultural life I’ve enjoyed, I think about the next generation and the next [after that]. I hope that they, too, will experience these wonderful things. I know, of course, that a free society should never be taken for granted,” said Castagna, at a benefit this month for the American Jewish Committee, which supports human rights and democratic values around the world and the well-being of Jews and Israel.

Castagna and Jonathan Zrihen, president and chief executive officer of Clarins Groupe Americas, received AJC’s National Human Relations Award at the event, which raised $2.5 million and drew a crowd of 500 to the New York Hilton.

“As I look around and see growing extremism in the world today, I think that AJC’s advocacy is more important and more urgent than ever,” Castagna said, before recounting some of the Americana’s pivotal moments, including when the site was purchased in 1954, the scramble to fill the space after Henri Bendel and Saks Fifth Avenue reversed decisions to move in, and Hirshleifers’ decision to sign a lease. The Americana ultimately saw a steady stream of high-end retailers, and Castagna hired architect Peter Marino to create a master plan. “When I called Peter, I received a curt answer, ‘I don’t do shopping centers,’” Castagna said. “That wasn’t the answer I was looking for. After several calls and a meeting in his office, he agreed to do our master plan. Six months and many bills later, I was aghast. How could we ever afford to complete such a magnificent concept, which envisioned a sophisticated, urban shopping environment as opposed to a suburban one? I swallowed hard and accepted the challenge. Store by store, section by section, with Peter’s guidance, the master plan was underway and new luxury tenants came on board, including Ralph Lauren and Tiffany….I hope to be here at this AJC event with all of you in 2022, when Castagna Realty celebrates its 100th anniversary and will no doubt unveil another master plan.”

Zrihen spoke of how his great-grandparents rescued a Jewish family from the Nazis, but noted that atrocities against Jews continue. “On March 19, 2012, in my hometown called Toulouse in the south of France, a man entered a Jewish school called Ozar Hatorah, shot at close range and killed a father with his two young children, three and six years old, as well as Myriam, the eight-year-old daughter of the school director. He killed them because they were Jews. Since then, a shooting at the Jewish Museum of Bruxelles killed four more people, and last summer, we heard in the streets of Paris words such as ‘death to Jews.’ My grandfather, Paul, who managed to escape the infamous Vel’ D’hiv roundup, would have never thought he would witness again in his lifetime those killings and words in France. We have a choice to make: We can go back to our lives and forget about human rights atrocities, or like my great-grandparents, we can choose not to accept them and fight against the devil that keeps showing its face again and again — even though more than six million Jews have been killed.”