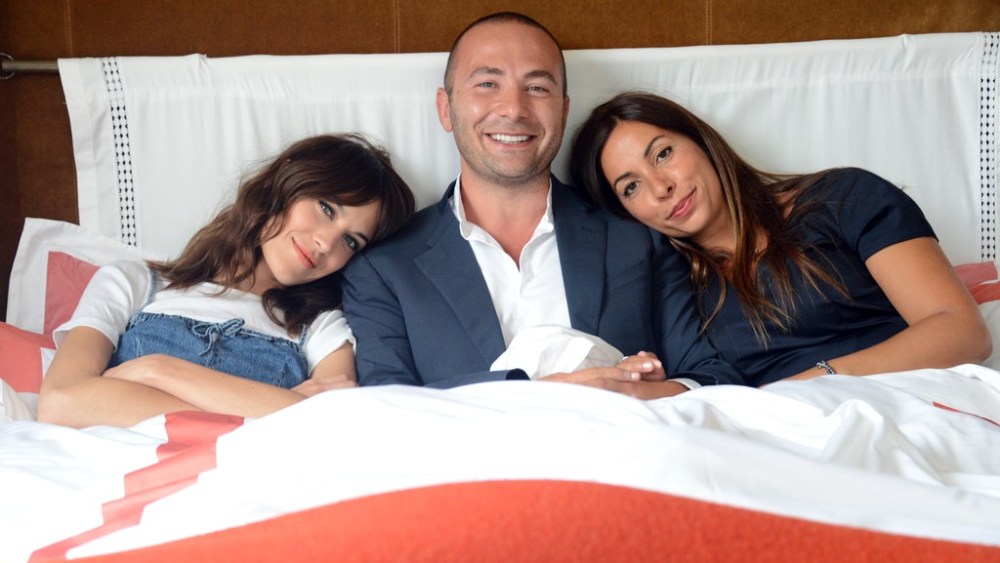 The 29-year-old Brit’s current projects include a just-signed deal with indie cosmetics brand Eyeko; an upcoming book, “It,” and a contributing editorship at British Vogue. That’s in addition to her DJing, modeling and presenting daily on a music TV show, “Fuse News.”

While such a heavy load might stress most people out, Chung said she’s exactly the opposite. “If something excites me or I’m inspired by something, loads of ideas fall out of my head,” she said, speaking to WWD in a suite at Manhattan’s Bowery Hotel.

That was certainly the case when she met Eyeko founders Max and Nina Leykind in an East London café. “Maybe it was the hangover, but my head was loosened up and I came up with at least 50 things,” she said.

Click Here for a Slideshow of Alexa Chung Over the Years >>

Multitasking comes naturally to Chung, who as a devotee of fashion has interviewed such designers as Karl Lagerfeld and Christopher Kane in her own journalistic pursuits. She’s been a columnist for British women’s magazine Company and wrote a weekly newspaper column for England’s The Independent. “Whenever I speak to my mum, I always tell her what I’m up to, and she says, ‘What else?’ It makes me think I should do more,” she cracked. “But I don’t have a finger to spare for another pie at this moment. Although I’ve quite an overactive brain. I’m drawing and writing all the time.”

Not to mention tweeting — Chung has more than 1,156,000 followers. A recent tweet: “Thinking a paper bag would be a sufficient laptop case is hopefully the last bad decision I make today.”

Sometimes the juggling eludes her, she admits. “I have a piece due which I haven’t finished,” she said, leaning out the window to smoke. “Can you write me a 2,000-word note?”

With Eyeko, Chung is advising the brand on products. “It’s a creative relationship,” she said of the company, which industry sources believe generates overall sales of about $10 million yearly. “I send images and different inspirations to Max and Nina and we go from there. It’s quite free form at the moment.”

“She’ll e-mail us in the middle of the night and say, ‘Hey, what about this, such a cool name for a product,’” said Nina Leykind. “I don’t think it would work if we weren’t on the same wavelength.”

For the Leykinds, no other spokesperson would have been acceptable. “We’ve been fans of Alexa’s for a long time, and we were like, ‘She’s an eye freak like us,’” said Max Leykind. “She’s as obsessed as we are.”

“The cover of my book is actually an eyeball,” interjected Chung. (More specifically: a blue eye dead center on a pink cover.)

Speaking of the book, it is an entertaining mix of photos, style advice and trenchant thoughts about life in general, including behind-the-scenes shots of her modeling career, her views on the bag Mulberry named after her in 2009 and her four British Style awards. The book comes out Sept. 5 in the U.K. and Oct. 29 with Penguin in the U.S.

Chung worked with Eyeko on a $45 set bearing her name (and her art), which includes waterproof black eyeliner and waterproof black mascara. It will be out in November in the brand’s 1,000 doors globally, including Selfridges, Space NK and Sephora.

“Liquid liner is my savior,” Chung said. “Other people like other things to feel like they look normal, but for me, I’m pretty much naked without my eyeliner on. It’s my comfort blanket.” Jokingly, she added, “I penned the book with the eyeliner!”