Arnold Anthony Schiffman Jr., known as Tony, the president emeritus of Schiffman Jewelers, died Feb. 9 after a long battle with Parkinson’s disease. He was 78. 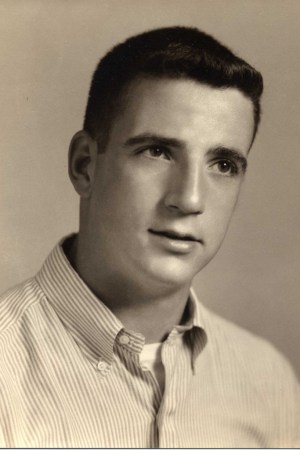 Arnold Anthony Schiffman Jr., known as Tony, the president emeritus of Schiffman’s Jewelers, died Feb. 9 after a long battle with Parkinson’s disease. He was 78.

The firm was founded by Schiffman’s grandfather, Simon Schiffman, in 1893, and Tony was trained by his father, Arnold, to run it after he graduated from the University of North Carolina in Chapel Hill in 1957. Tony Schiffman transformed a single-store family business into one with 11 locations in five states. In 1992, he bought the storied Shreve & Co. in San Francisco, founded in 1852 to capitalize on the Gold Rush. The other companies he purchased, the youngest of which was founded in the 1890s, include Schwarzschild Jewelers in Richmond; Sylvan Jewelers of Columbia, S.C., and Keller & George Jewelers of Charlottesville, Va. Schiffman’s Jewelers itself has two locations, in Winston-Salem and Greensboro, N.C.

The firms he bought — all longtime family businesses — retained their original names, and he worked with them to build their businesses in their respective markets. He had often purchased them at the request of their original owners who did not have family members who wished to run them. All have resident gemologists and repair services on the premises and also have strong watch businesses. Shreve, for instance, stocks Roberto Coin, John Hardy and David Yurman, along with estate jewelry and watches from the likes of Patek Philippe, Piaget and Jaeger-LeCoultre. The Schiffman firm is still run out of the original building it has occupied since the Thirties.

In 1957, Schiffman’s Jewelers made a silver statue of Sir Walter Raleigh, which the then-governor of North Carolina, Luther H. Hodges, presented to Queen Elizabeth II during the monarch’s cross-country tour.

Tony Schiffman wanted to keep his own firm in his family, and, in 2007, as his own grandfather and father had done, he turned his business over to his sons, Arnold A. Schiffman 3rd, H. Vance Schiffman and L. Lane Schiffman, all of whom are certified gemologists. In 1974, Tony Schiffman, like his father, had become president of the Greensboro Merchants Association. He was also a former director of the Greensboro Better Business Bureau, the Greensboro Rotary and the Merchants and Manufacturers Club and a member of the Greensboro Country Club. His son Lane described him as “a workaholic,” and noted that he continued to come to work each day until the last day of his life, although he was no longer receiving a paycheck.

Schiffman is survived by Madeleine, his wife of 56 years, his three sons and their wives and children. The Schiffmans are working with a coach specializing in family businesses, and have started internships for members of the fifth generation who are interested in joining the company. Last year, the company won a North Carolina Family Business award. Lane’s daughter Kiley Schiffman, a member of the family’s fifth generation, has recently become the firm’s creative director after attending college and working at the jewelry firm Hearts on Fire and as a Web designer.

Tony Schiffman’s funeral will be private. Instead of flowers, donations may be sent to The Michael J. Fox Foundation for Parkinson’s Research (michaeljfox.org) or The Children’s Home Society of North Carolina (chsnc.org).