Arnold Scaasi In His Own Words

Most successful designers are quite diplomatic in what they say to the press. Arnold Scaasi wasn’t one of them. 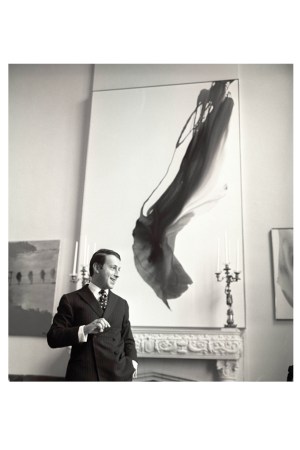 Arnold Scaasi was as renowned for his one-liners and outspokenness as he was for his designs. Here, a selection of his thoughts from the archives of WWD:

“They won’t admit it, but of course, they are always knocking off bags from Europe. In every other area of clothing in America, there is originality. And it should be this way in handbags.” — In September 1969, talking about his new bag collection and its manufacturer, Meyers.

“I like money. I hope it makes money.” — In November 1988, on his reasons for creating a signature scent.

“Everybody wants to see me all at once — suddenly! Isn’t it wonderful!” — In January 1989, after Barbara Bush chose him to design her inauguration gown.

“I don’t know if there’s ever been such a large group of good-looking women as there are today, except maybe in the Edwardian period, with Sargent and Boldini.” — In January 1989, on Nouvelle Society.

“Saks wouldn’t screw up its store sales by putting this on the air. If Saks believes in it, how can it be harmful?” — In March 1993, when he launched a collection on QVC in conjunction with Saks Fifth Avenue.

“I originally wanted it at the Costume Institute, but they told me I had to be dead.” — On his retrospective at FIT, in October 2002.

“She’s great-looking, she has a great personality and she’s obviously very bright. But….something is amiss.” — On Michelle Obama in April 2009.

“I am amazed by the price of clothes. That really shocks me. A lot of these clothes look like what we used to call house dresses and they are $2,000 and up. They don’t look like anything special. They just look like ordinary clothes that you would wear on weekends or to work.” — In July 2010.

‘They probably do that because the stores want to be able to promote their merchandise. We used to say, ‘A bad photo is better than no photo.’” —  In July 2010, on designers’ extroverted personalities.

When asked what was his proudest moment, he responded, “I never really thought about being proud. I guess it was being able to make hundreds of women happy.” — In June 2011.