MILAN — Assopellettieri, Italy’s organization of leather goods manufacturers, has appointed Franco Gabbrielli as its new president, during an assembly hosted on Wednesday by Confindustria Moda.

Reflecting the organization’s recently changed statute, Gabbrielli will helm the association for the 2019 to 2022 period, succeeding Riccardo Braccialini who was appointed to the role in 2015.

“It’s one of the most complicated mandates because the current situation is not particularly favorable, especially for small- and medium-size enterprises; it’s an interesting challenge,” Gabbrielli told WWD.

According to consolidated data released today, the Italian leather goods sector closed 2018 with revenues of 7.6 billion euros, up 3.1 percent compared with 2017.

The growth was driven mainly by exports, up 10 percent in the January-to-December period, reaching 8.2 billion euros from 7.4 billion euros a year earlier. In keeping with an ongoing trend, despite the double-digit growth in value, exports registered a decline in quantities, down 5.8 percent.

Along with Switzerland and France, both important logistics hubs for Italy’s leather goods, especially from luxury brands, the U.S., Hong Kong, South Korea and Japan topped the list of importing countries. In particular, the U.S. showed a 6.5 percent increase in 2018 compared to the previous year, while South Korea recorded a 21.2 percent uptick. In the wake of the European Union’s free-trade deal with Japan, effective Feb. 1, the country registered a 0.2 percent increase in 2018.

In terms of imports, China is still the highest-ranked country, although products coming from the country posted a 4.6 percent decrease in value and a 2.7 percent contraction in quantities, signaling a renewed focus on local production. Italy’s internal expenditure continues to be flat with a 0.4 percent drop in value.

Gabbrielli, 51, founded the Forlì, Italy-based Gabs contemporary handbag brand in 2000. Following the acquisition of the brand in 2016 by the Campomaggi & Caterina Lucchi group, Gabbrielli continues to serve as the label’s designer. The group generated 33 million euros in 2018.

In the wake of his appointment, Gabbrielli discussed with WWD his vision for the future of Assopellettieri and upcoming projects for the Mipel handbag and accessories trade show.

Despite voicing his concern over economic uncertainties and markets’ instability, Gabbrielli offered he wouldn’t be a politicized executive. “I’m first and foremost a businessman and I also take into high consideration the necessity to work together with the institutions, which need to offer their support,” he said. 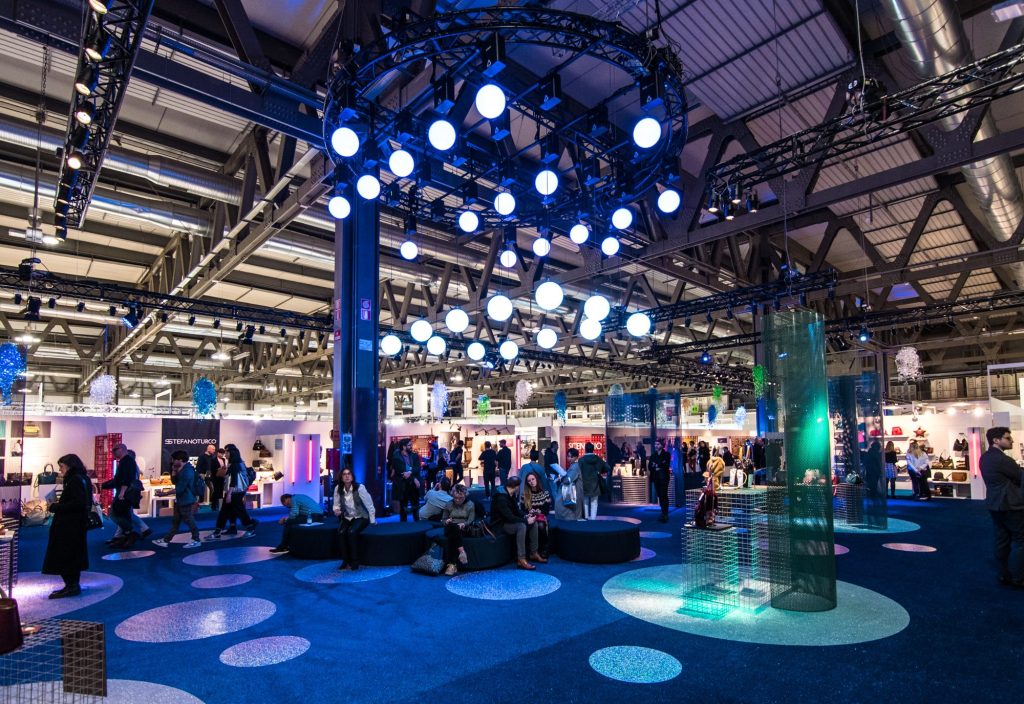 The scene at the 115th edition of Mipel.  Courtesy Photo.

Strengthening the role of the association and offering tangible assets to Assopellettieri’s associates and to the industry as a whole is key to Gabbrielli. “Italian companies are often very good individually, but we lack the associative spirit, as we often perceive the time dedicated to the association as a waste,” he said.

“Over the past few years, companies serving as third-party manufacturers for big [luxury] brands have evolved, while businesses running their own labels have been suffering,” he added noting the association needs “to take the first steps towards both players.”

The executive shared some of the initiatives on his agenda, which include partnering with established international department stores through dedicated programs aimed at spotlighting Italian independent brands. He stressed that leveraging the retailers’ digital and e-commerce platforms could improve the visibility of and offer business opportunities to those players.

According to consolidated figures for the sector, exports of Italian leather goods jumped 145.4 percent over the past 10 years since the 2007 to 2008 period of financial crisis. “When your business is strong, you risk losing your compass. In the Eighties and Nineties the industry boomed and in the Aughts we probably thought the sector didn’t deserve further investments,” Gabbrielli explained.

“The association should work instead as a tool of negotiation and a stronghold showing labels that are currently producing abroad — in China for instance — the assets and know-how that Made in Italy can bring,” Gabbrielli explained. “This would also mean a great amount of work for Italian manufacturers.”

At the same time, among the key initiative he is committed to implement in order to support third-party manufacturers, Gabbrielli mentioned a database gathering members of the association, which could “guarantee the [value of] manufacturers and guide international labels through the selection process of potential suppliers.”

In addition, Gabbrielli put the spotlight on the younger generations and pledged to reevaluate the association’s funding for educational programs. “Education is a crucial topic which we missed to face at the right moment,” he said referring to a decline in the sector’s workforce started around 2008.

As reported, according to Sistema Moda Italia the fashion sector will lose 50,000 employees over the next five years, particularly of the high-skilled type. In the executive’s vision, Assopellettieri could also implement a database gathering high-skilled employees, thus helping companies to easily liaise with the workforce. “Companies will come to Italy only if they know they can find manpower here,” he said, adding the leather goods industry could also benefit from the “younger generations’ fresh approach.”

Talking about the evolution of the Mipel fair, Gabbrielli praised the job done by his predecessor Braccialini, underscoring he’s committed to carry on with a number of ongoing initiatives including the Tailor Made project, which matches emerging designers with established leather-goods manufacturers for the creation of capsule collections showcased at the Scenario area on the fairgrounds.

“Riccardo Braccialini’s tenure has been synonymous with change as it paved the way for what Mipel stands for today, with a tight selection of exhibitors, however I think much more can be done,” said Gabbrielli. “We especially need to involve bigger companies and young creative,” he said noting the relevance and quality of the products showcased is pivotal in sustaining the fair’s appeal.