It might be a tough year for philanthropy, but not if you have Elton John and Liza Minnelli on your side, as Evelyn Lauder proved at her annual Hot Pink Party.

By Julie Naughton and Pete Born on May 1, 2009
View Slideshow 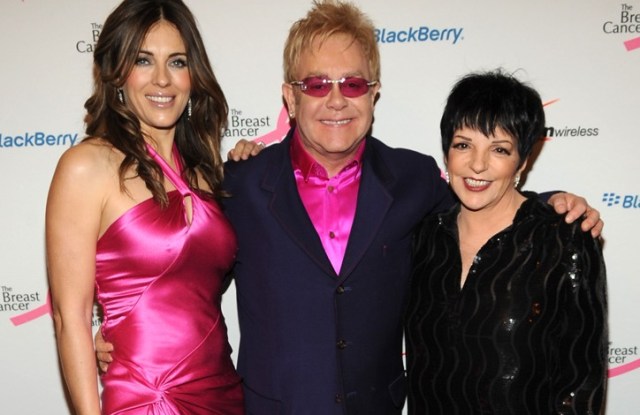 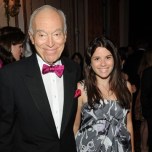 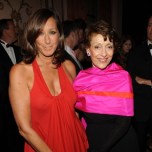 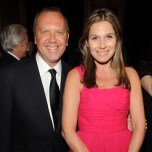 It might be a tough year for philanthropy, but not if you have Elton John, Liza Minnelli and Elizabeth Hurley on your side, as Evelyn Lauder proved Wednesday evening at her ninth annual Hot Pink Party.

The event, which benefits the Breast Cancer Research Foundation, raised $3.7 million from more than 750 attendees — including actresses Jane Krakowski and Marilu Henner and designers Michael Kors, Vera Wang and Donna Karan — at the Waldorf-Astoria Hotel in New York. The evening was hosted by Hurley (for the eighth time — “I missed one when I was pregnant,” she said), with John handling the talent.

“Every year I am alive I will be here for this event,” he said before introducing Minnelli to the crowd. “I will never give you B-list entertainment.”

And John delivered, with Minnelli performing a dramatic series of her hits. Minnelli even added to the total Lauder had already garnered through ticket sales and a spirited live auction by spontaneously auctioning off a performance of her signature song, “New York, New York.”

“Come on, I wanna sing this song — no one sings it like me,” she said. After five attendees — including Kors and philanthropist John Rosenwald, vice chairman emeritus of J.P. Morgan Chase & Co. — each tossed $10,000 into the proverbial hat, Minnelli went on with her show.

Lauder, who is senior corporate vice president of the Estée Lauder Cos. Inc. and the founder of the BCRF, also gave a nod to the tough economic times by telling attendees beforehand to shop in their closets — which led to a bit of a fashion emergency for her at the last minute after selecting a two-year-old sleeveless black jersey dress of Karan’s from her closet. “I said, ‘Donna, I can’t wear the dress! My arms! She [Karan] says, ‘I’ll make you sleeves.’ She made sleeves for me this afternoon! I got the dress to her by 1, and it was back in my house at 4!

“When the economy improves, we’ll go out and shop,” said Lauder.