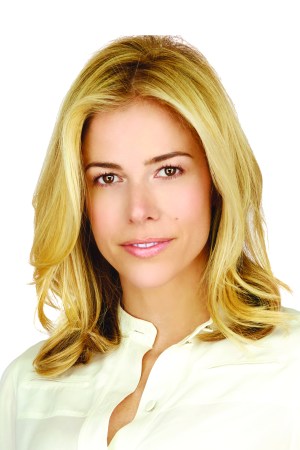 Marisa Vara Arredondo struggled with acne throughout her teens and well into adulthood. “I was prescribed everything,” she says, ticking off Accutane, antibiotics, steroid injections and more. “I’d run the gamut on horrific experiences.” But it wasn’t until years later, when she was working as a Wall Street analyst researching biotechnology stocks, that the Harvard Business school grad had a breakthrough while meeting with scientists from Merck, who taught her about the skin’s pH levels. From her research, she discovered that the products she was using were stripping her skin’s acid mantle, rather than protecting it. Thus was born Phace Bioactive, a seven-item line formulated with optimal pH levels to keep skin conditions in check. The range launched on its own Web site in January, on saks.com in June and is rolling out to select Saks doors this fall; prices range from $38 to $104 for the Rejuvenating Décolleté Cream. Star items include the Illuminating Serum, $92, a vitamin C-based dark spot corrector that is said to firm skin. “The concept of pH balance is a dense topic to explain, so I launched with a clear Web site,” says Arredondo, who wants to expand into television, too. Going forward, Arredondo envisions a broad scope for the brand, including hair, body and supplements. “I take a holistic view of skin care,” she says. “There’s so much that goes into living a balanced life.”