WWD asked some well-known industry insiders how they stay fit — because everyone knows beauty doesn’t stop at the neck. 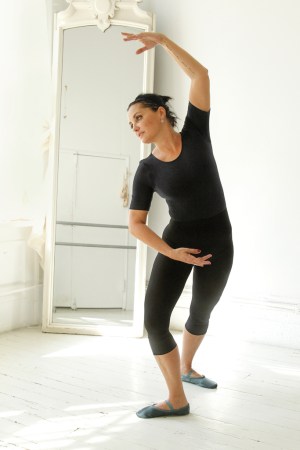 These six beauty-brand-builders take their type-A intensity from the c-suite to the gym. WWD asked some well-known industry insiders how they stay fit — because everyone knows beauty doesn’t stop at the neck.

She’s a mother, a gastroenterologist, a media correspondent and cofounder of the Tula priobiotic skin-care brand, so when does Dr. Roshini Raj have time to work out? Would you believe every day? “Exercise is key to why I have energy to do all these things,” Raj said. “Doing a high-energy, motivating class sets you up for the whole day and gives you that boost.” Raj was attracted to Cityrow, a 60-minute high-resistance rowing and interval training class, when she read on its Web site that they had sexy rowing machines. “I had to investigate that,” she added. “Anything that makes exercising fun is something that’s worth pursuing because no one is going to exercise consistently if they don’t enjoy it.”

Jeanine Lobell met Ballet Beautiful founder Mary Helen Bowers on the set of the film “Black Swan.” When she heard that Bowers was creating a workout revolving around ballet, she immediately signed up. “It’s like taking ballet and formatting it so a normal person can do it,” said Lobell, who was dressed in Ballet Beautiful garb from head to toe, ballet shoes and all. “I like that [the workout] is mellow. I don’t like classes where there’s pounding music and you’re with 40 people and you don’t know if you’re doing it right.” Lobell takes class three to four times a week, whether it’s at the Ballet Beautiful studio or streaming from her computer. “When I first looked at the online video, I thought it was easy,” declared Lobell. “You underestimate how hard it actually is. Don’t underestimate the power of the barre.”

After reading an article that said designer Norma Kamali was a fan of Physique 57, Leslie Blodgett was intrigued. “She’s one of those ageless beauties who is stunning. I figured I’d better check it out,” she said. Blodgett was instantly hooked on the arduous barre-based workout that is said to elongate and sculpt the body. After taking class for a while, Blodgett met the founders at a conference. Her spot-on business instincts kicked in and she became an adviser to the company. “I’ve been a workout person my whole life,” Blodgett said. “So a strong body to me represents a strong mind. It’s a respect I give myself.”

From triathlons to training for multiple marathons, Justin Joffe is quite the fitness buff. When he discovered The Fhitting Room, a high-intensity full-body workout that utilizes everything from free weights to pylo boxes, Joffe was ready for a new type of burn. “The routines are constantly changing,” said Joffe. “The instructors break you into small groups so you have someone who you feel has a sense of accountability toward you. Regardless if you do or don’t know the person, I don’t stop my burpees until they do all their kettlebell squats.” The ceo added, “Fitness is part of beauty at its core. You can have the best makeup or blowout, but if you don’t have inner health, a good heart and energy, the rest is just a facade.”

Even two blown-out knees couldn’t stop skin-care entrepreneur Patricia Pao from dancing four to five times a week at AKT InMotion. Recommended to Pao by Gwyneth Paltrow, AKT InMotion is a heart-pumping, never-boring (the routines change every two weeks), dance cardio workout that includes styles ranging from swing to hip-hop. Founded by Anna Kaiser, who trains celebrities like Kelly Ripa and Sarah Jessica Parker, the classes helped Pao come back to exercising after getting her knees back in shape. “AKT InMotion has improved my mental agility and flexibility,” Pao said. “They are not interested in taking your money. They are actually interested in making sure that you get the most out of your experience.”

San Antonio, Tex.-based Holly Thaggard always takes time out of her tight schedule to go to SoulCycle, the spinning studio with a cultlike following, when she’s in New York. “The challenge with being a ceo is that you are pulled in so many different directions,” Thaggard said. “I have to think creatively and think about the big picture. I can only do that when I’m in a healthy state of mind. When you’re stressed out, it’s hard to be creative.” For Thaggard, SoulCycle has not only become a habit, but a ritual. Before she and her colleagues head to film a QVC segment, they take a class. “We can be really superstitious about it,” she noted. “If you have a good show, then of course, you have to repeat everything that led up to that success.”