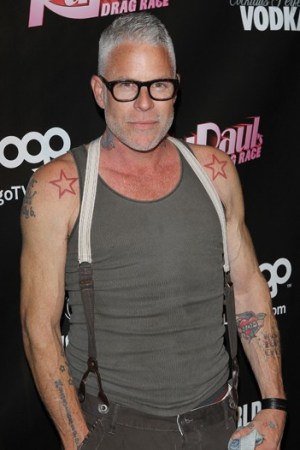 The story of makeup artist Billy Brasfield reads like a fairy tale.

From humble beginnings in Aberdeen, Miss., where he was bullied for being gay, Billy B—as he is known in the industry—has risen to the top of his profession, working with everyone from Beyoncé to Lady Gaga.

Right now, though, he is dealing with a nightmare. In Cannes with L’Oréal Paris, the official makeup brand of the film festival, Billy B has lost his luggage.

“I have nothing except exactly what you’re looking at: my phone, these flip-flops, these jeans and this shirt for the last three days, and I have been telling everyone who will listen,” he says with a rueful laugh.

He is used to improvising—after all, he has worked regularly with Gaga, most recently on the video for “Born This Way,” in which her looks range from facial prosthetics to a copy of Zombie Boy Rick Genest’s skull tattoo.

“Everything I do with Gaga is epic!” Billy B exclaims. But working with the notoriously hands-on performer is also a challenge, he concedes. Like the time last year Gaga asked him to glue hundreds of tiny pearls all over her face for an amfAR gala in New York City.

“Most makeup artists would be terrified if somebody asks for pearls all over her face, because you just think, ‘How the hell are they going to stay on?’” he says. Not Gaga, though, who encouraged him to affix the pearls with superglue. “I was the one who was like, ‘Oh my God, how are we going to get this off?’ and she’s like, ‘I don’t care, just do it!’ It’s very inspiring to work with somebody like that, where she doesn’t take no for an answer.”

To hear him describe it, Billy B became a makeup artist almost by accident, inspired by the example of fellow Southerner Kevyn Aucoin. On arriving in New York City in 1984, he got a job at Macy’s by fibbing about having experience.

“I still have to pinch myself that this hillbilly from Mississippi is here working and representing one of the most prolific, legendary cosmetics companies of all time—L’Oréal Paris, for God’s sake!” he laughs.

These days, he’s the one inspiring other people: Several hundred showed up to hear his keynote address at The Makeup Show NYC in May. Just don’t call him a celebrity makeup artist.

“The term celebrity makeup artist means nothing anymore. There’s no cachet to it because everyone is one now,” he laments. “I don’t just do celebrities, I do a lot of stuff, so I would prefer to be referred to just as a makeup artist.”

His latest side project is Hometown Renovation, a six-hour reality TV mini-series which premiered on HGTV on May 20.

In the show, Billy B returns to Aberdeen to restore historic buildings.

“It was the hardest thing I’ve ever done because we shot it last summer so it was—and I’m not exaggerating—115 degrees in the shade. Mississippi natives were somewhat used to it, and even they were vomiting and sick. It was awful,” he recalls.

Billy B is proud of the landmark protection project, a symbolic rebuke to those who rejected him as a teen. Having worked his way to the top the hard way, he is convinced every cloud has a silver lining.

And so it goes at Cannes, where he has been paired with paralympic athlete, model and actress Aimee Mullins, who joined the L’Oréal roster in February.

“I thought, I am meeting her for a reason, to teach me a lesson about being such a baby about materialistic things,” he says. “She has this unbelievably inspired story and is this amazing person, and she doesn’t have legs! And I’m bitching because I broke my YSL glasses on the plane. It puts things in perspective.”