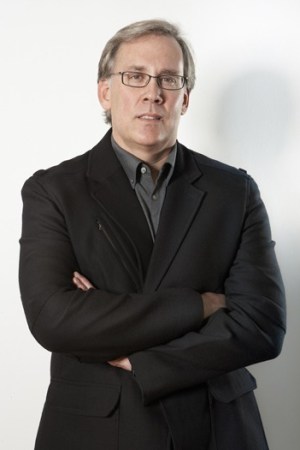 Devanlay U.S. Inc., the licensee for Lacoste apparel, has tapped Steve Birkhold as chief executive officer, effective Jan. 4, succeeding Robert Siegel, who will retire from the company at the end of the year.

Birkhold is joining Devanlay from Diesel USA, where he has been ceo since November 2007.

This is the second time in the past year Siegel has exited the top job at Devanlay. He originally left the company in December 2008, but rejoined in February when his replacement, Robert Skinner Jr., the former ceo of Kellwood Co., departed after less than two months on the job, citing “differences with the board.”

Paris-based Devanlay SA is the worldwide licensee for Lacoste apparel. Devanlay is 90 percent owned by Switzerland-based Maus Frères International and 10 percent by Lacoste SA, the French firm that owns the Lacoste trademarks.

“Bob and his team have over the years built Lacoste into one of the premier apparel brands in the U.S.A., and for that we are grateful,” said José Luis Duran, ceo of Devanlay SA “We are confident that Steve Birkhold, with his unique expertise and well-rounded experience, will galvanize the team as they forge ahead, turning obstacles we face today in the U.S. market into new opportunities.”

Birkhold, 46, will report to Christian Rondelet, executive vice president of distribution at Devanlay SA. Birkhold said one of his first objectives at Lacoste will be to more firmly position it as a complete lifestyle brand across multiple apparel categories. “In the U.S., a tremendous amount of business is driven by the polo shirt, and one of our short-term objectives is to grow sales across our many other products,” he said.

In the U.S., Lacoste operates 67 full-price stores and 19 outlets. Worldwide there are 1,100 Lacoste boutiques, with about half operated by Devanlay and half franchised to local partners. (Separate from Devanlay, other Lacoste licensees include footwear with Pentland Brands, fragrances with Procter & Gamble Co. and eyewear with Charmant Group.)

Siegel, 73, is credited with building the Lacoste business tenfold in the U.S., to about $320 million, since joining the company in January 2002. However, in a September interview with WWD, Duran said the global economic downturn has impacted the Lacoste business here more severely than in other international markets. Global Lacoste apparel sales last year were about one billion euros, or $1.47 billion at average exchange.

Siegel was previously ceo of Levi Strauss & Co., where he oversaw the launch of the Dockers brand; chairman and ceo of Stride Rite Corp., and a managing director at Kurt Salmon Associates Inc. He is retiring to his home in Charleston, S.C., from where he has commuted to New York over the past year.