Bonpoint is to ramp up its distribution in Asia and upgrade its digital experiences under a new chief executive officer.

Pierre-André Cauche joins the French children’s wear house from IKKS Group, where he had been ceo since 2014. He also will be charged with developing its collections and reputation, according to Bonpoint parent EPI, which confirmed his appointment exclusively to WWD.

Cauche succeeds Christian Piat, EPI’s Asia director, who had acted as interim ceo of Bonpoint after communications executive Marine-Sabine Leclercq stepped down in May 2019 after two years in the role. Piat resumed his duties for the private investment company in Asia as of Jan. 1.

At Bonpoint, Cauche is to work alongside Valérie Hermann, the high-profile fashion executive tapped for the new role of managing director of EPI’s fashion and luxury division, which includes Bonpoint and shoemaker J.M. Weston. Hermann most recently had been president of global brands at Ralph Lauren Corp.

Commenting on Cauche’s arrival, Hermann said “his experience in children’s fashion and his expertise in brand management are valuable assets in driving Bonpoint’s ambitions and supporting the teams.” 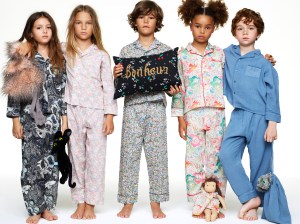 Acquired by EPI in 2006, Bonpoint has since more than tripled its store count to 120 locations as it ramped up its presence in Asia and Europe. Roughly 75 percent of revenues are now generated outside of France, versus about 15 percent 12 years ago, and half of its clientele today is Asian.

Cauche began his career at KPMG, and worked at retail brands Pimkie and Lynx Optique. He joined IKKS Group in 1997 as commercial director and rose through the ranks. IKKS specializes in urban casual fashions for men, women and children. He’s a graduate of the ESC Lille School of Management.

It is understood the family is open to expanding its fashion and luxury holdings should the right investment opportunities arise, as reported.