With this year’s purchase of Saks Fifth Avenue, Richard Baker is becoming a retail kingpin. 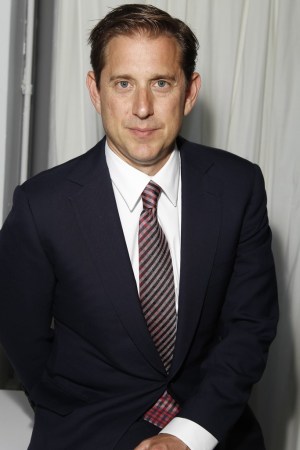 Richard Baker wants to pull off a retail hat trick.

They’ve all seen better days, but Baker is preaching a revival of all three through a complicated strategy of integrating the operations and managements to save money; unlocking hidden values in the real estate holdings, and remaking selling space through renovations, testing new concepts and enticing fresher, more modern labels. Expansion is also part of the agenda, with stated plans to bring Saks Fifth Avenue full-line stores and Saks Off 5th outlets to Canada, and increasing Lord & Taylor’s footprint in the U.S.

Baker has become the hot topic of the retail industry because of his aggressive buying spree; his decisive, fast-moving management style, and because he’s suddenly become ceo of three department store chains despite having a background in real estate and not rising through the retail ranks. There is a track record of developers taking over retailers then running them into the ground, and Baker himself has sometimes been misunderstood. He states quite clearly that he’s “a builder of businesses” and that he’s not in the retail business to plunder it.

He has offset some of the skepticism by surrounding himself with top retail talent and utilizing consultants. It also helps that he didn’t overpay in any of the deals, and that he shrewdly paid down debt by selling off real estate components that were outside the meat-and-potatoes of the retail businesses. He’s not without the wherewithal to buy another retailer, and he says he’s always got his eyes open — though another deal doesn’t seem likely anytime soon, given the road ahead to digest Saks.

“From the beginning, we always had a philosophy that you run a retail company with three core expertises: one, being a great operator; two, having strong real estate expertise, and three, a strong core competency in mergers and acquisitions,” Baker said in a recent WWD interview.

The 48-year-old Baker is well into pumping up Hudson’s Bay and Lord & Taylor. He has centralized operations and leadership, and some key locations like the Hudson’s Bay flagships in Vancouver and Toronto, as well as Lord & Taylor on Fifth Avenue in New York, have seen significant upgrades with renovations and innovative in-store formats through partnerships, such as with Topshop from London, and Black Brown 1826 men’s wear designed by Joseph Abboud.

He continues on the hunt for brands for exclusive distribution, is aware that store productivity must increase and that, in the online arena, L&T and Hudson’s Bay lag the competition. He’s pushing for expanded online assortments and fulfillment capabilities; “auto locate” capabilities in the stores to find items and sell them faster and at better margins, and a more robust infrastructure.

“Omni remains a start-up business [at Hudson’s Bay and Lord & Taylor],” Baker said last week, citing its high sales growth yet lower earnings before interest, taxes, depreciation and amortization contribution than brick-and-mortar. “We have made tremendous progress, starting from no online sales just a couple of years ago. But we are not yet satisfied with the level of service and with all the sku’s [stockkeeping units] we have available and volume levels. We are committed to having a state-of-the-art online offering in Canada. We hope to be there in the next 12 to 15 months.”

He’s also using people from saks.com, which has a more mature and higher-functioning online business, to help with Lord & Taylor and Hudson’s Bay’s e-tail businesses.

Baker has certainly got the industry taking notice of his grand mission, even if it’s not yet completely convinced it will work. Retail revivals are tough; more fail than succeed. Brad Martin, for example, put together a similar retail conglomerate comprising regional department store chains with questionable futures as well as Saks. Martin’s retail business ultimately disappeared with all the pieces getting sold off. Edward S. Lampert has failed to improve business at Sears or Kmart, and attempts to long ago revive such nameplates as Bonwit Teller and B. Altman didn’t work. J.C. Penney’s recent reinvention strategy almost destroyed the company.

On the other hand, Macy’s is experiencing a renaissance; J. Crew was successfully remade, and Gap shows signs of being turned around.

Now all eyes are back on Baker and Saks. The deal closed at the beginning of November. Baker has cleared the decks to make way for a team that’s being formed, and he recruited Marigay McKee of Harrods to be president of Saks. McKee has a strong reputation as an aggressive, assertive retailer and will work with Baker on formulating the strategy.

At Saks, additional layoffs are expected as back-office operations get consolidated into the central operations of the Toronto-based HBC. In January, Saks’ distribution center in Maryland will close and operations will shift to the Lord & Taylor distribution center in Wilkes-Barre, Pa. That will lead to further layoffs, as well as efficiencies in trucking. McKee has been busy visiting Saks stores around the country and developing plans to pump up certain sites. Some openings of Saks full-line and Off 5th outlets in Canada are seen, as are some full-line closings in the U.S. Some could be converted to Lord & Taylor. The company is prepared to invest $200 million to upgrade the Saks flagship in Manhattan. Sources speculate that an overhaul of the main floor and converting the lower level to selling space are possible to expand cosmetics, accessories and jewelry.

As Baker said last week, when the company disclosed its third-quarter results, HBC is “in the midst of a transformational period. There is lots of work ahead of us.”

The Saks deal and the promotional environment took a toll on HBC’s third-quarter results. The loss rose to $124.2 million in the period ended Nov. 2, compared with a loss of $14.4 million a year ago.

Baker’s path to retailing certainly wasn’t direct. It began when his father, Robert — who founded National Realty & Development Corp., a large owner of shopping centers in the U.S. — talked his son out of starting a restaurant and into going into the real estate business with him. That’s apparently where the young Baker developed retail sensibilities, having been instrumental in bringing Wal-Mart to the East Coast to his family’s shopping centers.

Baker left his father’s business to form a fund to acquire businesses, which led to Lord & Taylor, where he was intrigued by the valuable Fifth Avenue flagship real estate and that Lord & Taylor units in places like Scarsdale and Manhasset, N.Y., were like “safe havens” of shopping for suburban women. Initially, Baker wanted to build an office tower atop the roof of the Fifth Avenue flagship and had plans drawn up. Instead, he switched priorities and decided to focus on building up Lord & Taylor’s retail business.

In recent conversations, Baker has exhibited an emerging appreciation for retail, and keen interest in the nuts and bolts, like what’s on the selling floors, where there are merchandise opportunities, and the store’s private label. If you asked him if he considers himself a retailer, or a merchant, or a real estate executive, he would simply say, “I’m an entrepreneur.”