He succeeds David Suliteanu, who has left to become ceo of Kendo Brands. 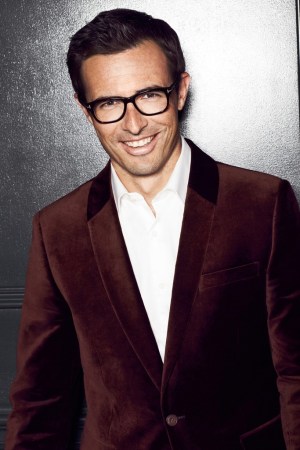 Calvin McDonald, president and chief executive officer of Sears Canada, will take the helm of Sephora Americas, effective Jan. 1, as president and ceo. He will succeed David Suliteanu, who will return to his entrepreneurial roots as ceo of Kendo Brands, an LVMH Moët Hennessy Louis Vuitton-owned brand-creation incubator that Suliteanu earlier had established.

This story first appeared in the October 25, 2013 issue of WWD. Subscribe Today.

During the last 13 years, Suliteanu, 60, transformed the scope, direction and fortunes of Sephora in North and South America. When he joined Sephora in July 2000, the San Francisco-based division of the French perfumery chain was a collection of 52 stores suffering acute growing pains. In the past decade, Suliteanu engineered a number of moves — including a partnership with J.C. Penney Co. Inc. in 2006 and stepping into Brazil in 2011 and into Mexico in 2012 — while winning a reputation for cutting-edge, cross-label merchandising and brand-building innovation that made the chain highly influential in the beauty world. He tailored the product mix to better suit American tastes, fine-tuned the store’s open-sell format, and launched Sephora’s powerful Sephora Insider digital customer loyalty program. Sephora Americas now has 388 freestanding stores and 480 other units inside Penney’s. That store count includes two units in Mexico and one in Brazil.

McDonald, Suliteanu’s 41-year-old successor, was named president and ceo of Sears Canada in 2011 and he set out to turn the business around after it had suffered an erosion of $1 billion in lost revenue, bringing the total down to $4.5 billion while also losing significant amounts of gross margin. He designed a growth plan for both the retail and direct-selling businesses that focused on upgrading product mix, the level of innovation and improvements in the corporate culture. As a result, Sears Canada has reported positive comp-store sales in apparel for three quarters in a row, for the first time in over seven years.

Both Sephora Americas and Kendo will report to Christopher de Lapuente, ceo of Sephora Global and a member of the executive committee of LVMH.

Before joining Sephora, Suliteanu was group president for Diversified Businesses from 1998 to 2000 at Home Depot. In that position, he was responsible for a number of innovative businesses, including the Expo Design Center, Home Depot’s upscale remodeling and decor showrooms, and Villager’s Hardware, smaller-format hardware stores.

Prior to Home Depot, he worked for seven years at Macy’s East, beginning as senior vice president and general merchandise manager and rising to vice chairman and director of stores.