Somewhere along the journey in pursuit of my first ambition— becoming the next Barbara Walters—I made a detour to keep myself solvent before journalism school. 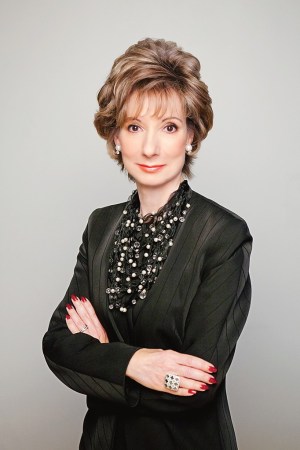 Somewhere along the journey in pursuit of my first ambition— becoming the next Barbara Walters—I made a detour to keep myself solvent before journalism school. This explains why I found myself sitting alone in a sumptuous office at Charles of the Ritz, waiting hopefully to reconvene my last interview for an entry-level marketing position. The interviewer was the general manager of the business. I write “reconvene” because he had stomped away immediately upon shaking my hand, declaring, “You have no qualifications for this job, why are you wasting my time?”

Although he did have a point—I brought zero to the party except enthusiasm—he ultimately hired me anyway. I was summarily planted in a converted storage closet for which the light switch was located in a different room. So my office was blacked out several times a day. This did wonders for my dignity and credibility when I conducted meetings in my storage closet (I mean office).

Then there was my first time supervising a photo shoot for selling materials. Disaster: “WHERE’S THE HAND FOR SCALE?” the GM screamed. Apparently, this was necessary to demonstrate for retailers the size impression of the bottle. Who knew?

I could go on. Suffice to say, it was awhile before my work convinced our beleaguered (but weirdly patient) GM that giving me a shot was an acceptable decision, and I was allowed to graduate from the storage closet.

I was hooked on the fragrance and beauty business. No matter how long the hours, it didn’t really feel like work.

And I knew, even then, how lucky I was to call Charles of the Ritz my first home in the industry, to have learned from so many legends who worked on that business then, like Mark Laracy (the aforementioned brilliant GM). Thank God he came back to that interview in 1979. It changed my life… and Barbara Walters never had as much fun.