Catching Up With Jean Hoehn Zimmerman

The indefatigable marketing guru is both chairman of Sprayology and executive at large for Oscar de la Renta’s fragrance business. 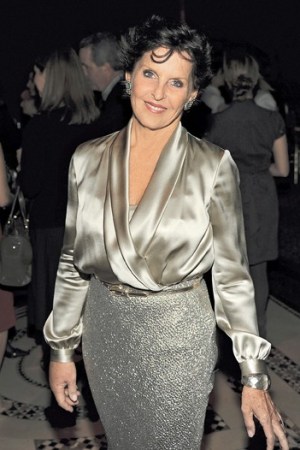 In 2005, Jean Hoehn Zimmerman retired from Chanel after 27 years, finishing her impressive tenure as executive vice president of sales and marketing for fragrance and beauté. Retirement, however, didn’t last long. These days, she’s doing double duty, as chairman of Sprayology, where she is also a minority investor, and as executive at large for Oscar de la Renta’s fragrance business. Hoehn Zimmerman was attracted to Sprayology, a line of homeopathic oral sprays sold in about 300 spa doors, by the entrepreneurial spirit of founding sisters Patti Connell and Ellie Whalen. “The company is really almost ahead of its time,” she says. “While homeopathy is known and practiced all over the world, there isn’t as much awareness in the U.S. as there is elsewhere.” Hoehn Zimmerman hopes to take Sprayology to a shopping channel, such as HSN or QVC, in the near future. “It’s the ideal medium to teach and educate,” she says. Her second gig, with de la Renta, is “like going home again. It’s like the old days at Chanel, where things can get done very quickly,” she says. “There aren’t 900 layers of people, no three directors battling over this point or that.” In fact, that’s one of the things Hoehn Zimmerman likes most, but she admits it’s not without challenges of its own: “It’s lots of fun working with little guys because you can get things done faster, but also not as easy because you may have the ideas but not access to the money to implement them.”