When she founded Studio BeautyMix with her sister, Jennifer Coe-Bakewell, in 1984, the beauty world was a completely different place. 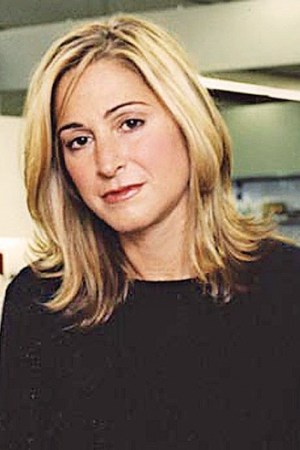 When Robin Coe-Hutshing founded Studio BeautyMix with her sister, Jennifer Coe-Bakewell, in 1984, the beauty world was a completely different place. “When I started, there were no channels outside mass or prestige—there was no niche market,” says Coe-Hutshing. “Anyone who wanted to enter the business was almost golden—they could create a buzz around themselves.” Fast-forward to 2010: the sisters helped put scores of indie brands, including Stila and Hard Candy, on the map before selling the store in October to Sandow Media. Not that Coe-Hutshing has been idle since then. Her newest launch: Golden Grenade, a product development and consulting company she founded with Nicole Ostoya. The one-time retailer says she has found her perfect niche: “This is what I wanted to be when I grew up,” she laughs. The stakes are higher these days, Coe-Hutshing admits. “In the old days, you could go into high-end retailers with very minimal packaging, as long as you had a unique idea—you could show your creativity and you’d get approval. Now, you have to have a plan and a strategy, and you have to be able to support it financially. It’s no longer about making things up in a batch in your kitchen like Estée Lauder. You can’t be the old Lauder, you have to be the new Lauder.” Gold Grenade has already sold a number of its intellectual properties to beauty companies, including Ultraflesh Cosmetics, to Fusion Beauty. Ultraflesh launches at Sephora on May 1. “It’s about high fashion with user-friendly packaging and multipurpose products,” says Coe-Hutshing. Coe-Hutshing and Ostoya are also developing products under the Gold Grenade name. Perhaps Coe-Hutshing’s favorite part of the new deal is the ability it affords her to play in more than one channel. “We’re able to work in niche, masstige, mass and prestige spaces,” she says. “I loved the prestige elements, but always wanted to have the ability to reach more customers and a broader audience. This makes that possible.”