After shooting to fame as a teen dream on Gossip Girl, actor Chace Crawford is graduating to the big leagues. 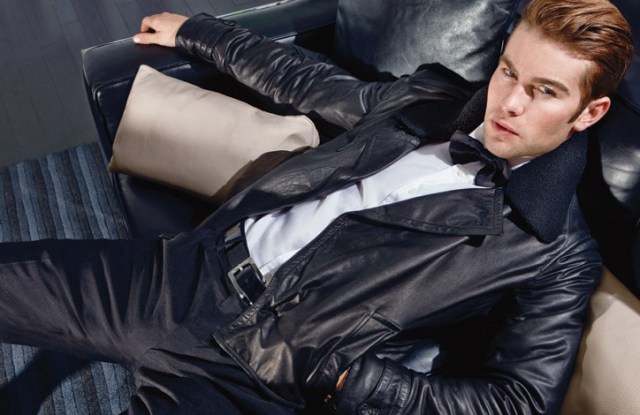 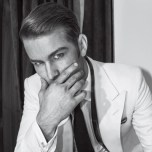 Like the Pussycat Dolls or Brad Pitt, Chace Crawford is the kind of perfect human specimen that should be freeze-dried and put in a time capsule so that, in several thousand years, whatever manlike species can get a sense of just how good we looked.

Crawford’s screen appeal is not courtesy of the smoke and mirrors of television, where he alternately preens and broods as WASPy Nate Archibald on The CW’s Gossip Girl—but rather to the Texan’s delicately hewn features. Things you either have or you don’t.

Yet despite his made-for-TV looks, all sideswept bangs, clean-shaven cheeks and lashy blue eyes, the 24-year-old never aspired to acting. “I wasn’t, like, Johnny Theater in high school,” says Crawford, who grew up in Plano, Tex., the son of a dermatologist father and a teacher mother. “I was into sports. I was good at math. I was doing photography. I had my hand in a lot of different cliques.” Yes, he did some cheesy catalogue work in Dallas (“Just to make some extra money,” he swears. “I hated modeling”), but he kept his focus on his course work.

After high school, Crawford enrolled in Pepperdine University in Malibu, Calif., with the intention of studying broadcast journalism and business. This lasted all of a few semesters. “I didn’t really like it that much,” he says. On the urging of a friend of a friend in Los Angeles, he met with a commercial agent, who connected him with a theatrical agent. He shook some hands; people seemed to be interested. So with his parents’ blessing, he dropped out to see where some acting classes and auditions might lead. To supplement his income, he was a valet at the swanky seaside restaurant Geoffrey’s Malibu.

Parking Porsches didn’t last long. “Too many things fell in the right place at the right time,” says Crawford, who shot a made-for-TV movie, the 2006 supernatural thriller The Covenant and “a couple of indies” before he read the Gossip Girl pilot script in early 2007. ”It was a lot about timing, that a show like [Gossip Girl] comes around—the right character, the right people to do the show, the right cast—that formula for success is difficult.”

“I’m not ignorant to the fact that part of the reason why the show’s popular and part of the reason [why] people want to see it is to be like, ‘Oh, novelty boy! Hot boy! Pretty boy!’” Crawford says. “And that’s all fine and good. It is what it is.”

He’s not begrudging, at least outwardly, of Nate’s goody-goody rep. “I can’t try to play against what they write [my character] as, which is the moral backbone, the golden compass. If everyone is deceiving people, Nate’s right there making it right.”

As for the teen dream factor, Crawford adds: “There are a lot of people that try too hard to be the starving actor and to be really pseudo-intellectual and dark, when, really, there’s a business side to manage and push towards.”

With Gossip Girl in its third season, it’s push time for Crawford. “I’m more looking ahead,” he says. “I love doing [Gossip Girl], but obviously I’ve got to switch things up. There are so many things I want to do.”

Next up is the Joel Schumacher drama Twelve, which the actor shot last spring. Based on former prep schooler Nick McDonell’s 2002 novel, Crawford stars as White Mike, a brooding 17-year-old pot peddler, who postpones Harvard only to get wrapped up in that teenage triumvirate—sex, drugs and violence—with his Upper East Side peers. Sound familiar? Crawford says it was actually an opportunity to grow. “I got to work with Joel Schumacher and do something much darker and more liberating,” he says.

For his part, Schumacher had no reservations about casting such a pretty face with a short résumé. “[Chace] said to me, ‘I’m the nice guy on Gossip Girl and I’m lucky to be on it, but I certainly want to do other roles,’” recalls Schumacher of their initial meeting. “He was a very interesting young man. He had a great speaking voice. He was very serious about his acting career. He wanted to stretch.”

Crawford’s Texas-sized ambitions match his talent: “DiCaprio, Cruise, Pitt, Paul Newman,” he reels off when asked which actors he’d like to model his career on. His dream director? “Scorsese.”

For now, though, he’s signed on to star in a remake of Footloose, the 1984 Kevin Bacon flick, though no director is attached and a start date for filming is unconfirmed.

But Crawford has it pretty good in the Big Apple, what with a glamorous day job and the enviable, if increasingly meta, lifestyle of a young, beautiful and privileged Manhattanite (complete with an Eames and Herman Miller–outfitted pad in the Financial District). “Living in New York, you can’t help it, you just absorb it,” he says of his evolving tastes, which encompass fashion (Ralph Lauren’s vintagey RRL line is a favorite), food (“I have my spots; I study my Michelin guides”) and, yes, grooming.

Not that he has much say where his beauty regimen is concerned. “I have to be completely, impeccably, annoyingly clean shaven [for Gossip Girl],” laughs the star, who opts for gifted Kiehl’s or Malin + Goetz face wash to keep up appearances when he’s not on set.

“I know there’s definitely a range of castability you have to be aware of when you even get into the business,” Crawford adds carefully. “But it becomes bland if you get locked in. Really primped and clean and straightened.…It gets so old.”