Love Chloé scent, created with Coty, is due out in September. 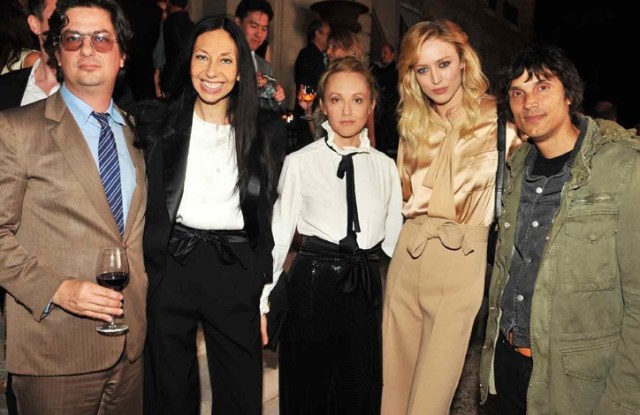 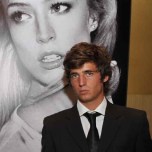 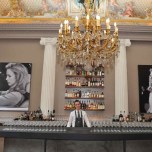 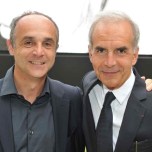 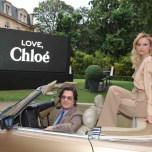 They broadcast director Roman Coppola’s first effort for a fragrance- and fashion-related film advertisement. “I really enjoyed myself,” he beamed as scenes showed leggy model Raquel Zimmerman tooling around Paris in the tan sports car.

A multitasking maven, Copolla not only recently produced sister Sofia’s upcoming film “Somewhere,” but he’s just worked on a Stella Artois commercial with Wes Anderson and is developing a children’s TV show.

Zimmermann, the face of the Love Chloé scent, said she’s lately been photographed in London and in New York for French and American Vogue fashion editorials.  She’ll next jet to Brazil, Amsterdam and then return to the Big Apple.

Actress Ludivine Sagnier, meantime, is in three movies about to be released – “Love Crime,” with Kristin Scott Thomas; “Lily Sometimes,” with Diane Kruger, and “The Devil’s Double,” directed by Lee Tamahori. In the latter, she plays an Iraqi prostitute in the Eighties. “The clothes were amazing, everything was vintage,” enthused Sagnier, adding she will begin shooting the musical “Les Biens-Aimés” with Catherine Deneuve in Prague in October.

For the party, the upscale Apicius restaurant was refitted with vintage Seventies furniture. Chloé’s creator Gaby Aghion was among those lounging on the plush couches, chatting up a storm with Chloé chairman Ralph Toledano.

Creative director Hannah MacGibbon, while mingling with guests, discussed having wanted the Love Chloé to have a powdery aspect. “It’s just so feminine,” she said.