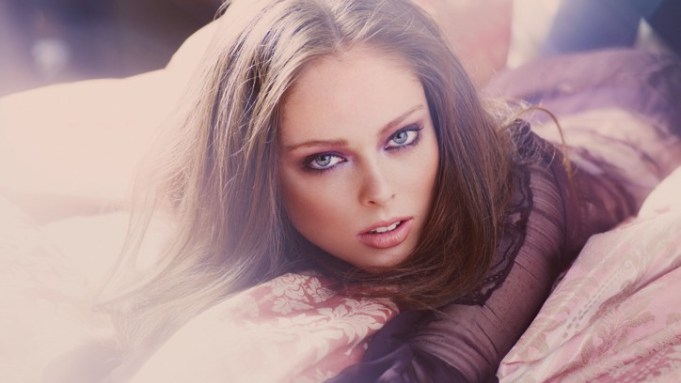 Catwalk superstar Coco Rocha has a flair for the dramatic on the runway—and off.

Whoever said girls can have either killer looks or a great personality never met Coco Rocha.

Not so long ago, Rocha was just your average Irish-dancing, nature-loving Canadian teenager. But after being scouted at a dance competition— an event seemingly so preposterous it provoked uncontrollable mirth in Rocha and her friends at the time—the 20-year-old now dominates modeling’s upper echelons.

No wonder. In addition to a striking face that the camera adores, Rocha thrums with energy. She doesn’t walk down a runway. She dances. She doesn’t pose for a picture. She creates characters. Her versatility and carefree individualism have enabled her to cross from the catwalk to fashion editorial to beauty advertising seemingly effortlessly and become a darling of fashion-world ringleaders such as Vogue editor in chief Anna Wintour, photographer Steven Meisel and designer Jean Paul Gaultier.

“I love women with personality, and she’s a perfect example,” says Gaultier, whose runway Rocha can often be found—literally—dancing down. “She can project something special when she’s doing a show—the clothes are given another dimension. She can adapt and change, but at the same time, she always stays Coco.”

Bringing her personality to bear on her work has been a conscious decision for Rocha. “There are enough models out there who are gorgeous and good looking, but have nothing to bring,” she says. “They can take good pictures, but after that, when you take the pictures, what do you have to say for yourself?”

Rocha herself has a lot to say—and she’s not afraid to say it, as she proved when she spoke at a Council of Fashion Designers of America forum regarding models and weight. “I had been opening the subject more and more in interviews, and Anna Wintour got wind of it and asked me to be part of this,” Rocha says. “Every girl has a story. My speech was my own experiences and what people have told me, and ideas and options that people could work on.” Some of her suggestions included convincing designers to hire larger fit models and provide healthier food backstage.

During her speech, Rocha also related being told once that “the look this year is anorexia, and even though we don’t want you to be anorexic, we want you to look it,” a quote that has become almost as famous as that of another Canadian supermodel, Linda Evangelista, who quipped in her heyday that she and her sister supes didn’t get out of bed for less than $10,000 a day.

But whereas Evangelista was speaking from ego, Rocha’s motives are anything but. “I’m interested in teaching girls about being aware of their health and portraying a good role model to show them that, even though modeling—or any industry— can be hard, you can definitely strive to it,” she says.

Her interest in positively impacting the lives of young women is personal. Rocha’s mother is a flight attendant, and as a child, she spent a lot of time in the company of babysitters and day care centers, she says. “I always appreciated when our big buddies came in and we really looked up to them,” she remembers. “Now I want to be a big buddy.” To that end, Rocha, who now lives in New York City, is involved with the Children’s Aid Society, giving speeches and dance demonstrations for the kids.

She’s equally guileless in her approach to work. Despite the time-honored tradition of models beating down a path to Hollywood, Rocha insists she has no master plan to transition from the catwalk to the red carpet. “I don’t plan my future very far off. I don’t plan tomorrow, because I don’t even know what today holds,” she says. “Acting? We’ll see. Modeling is taking up my plate right now, so we’ll see if there’s room for dessert.”

Rocha speaks in a clipped tone punctuated with frequent giggles. When asked to describe her personality, she knits her brow. “I don’t know,” she trills, then pauses before continuing. “I like to have fun. There’s no point in working if you don’t like it.”

Her favorite kind of shoot or fashion show is one that lets Coco be Coco. “I like shows that have attitude, that ask us to give it our all. Really, all we do is walk, so why not let us do something unique?” she says. Quotidian shoots are equally as boring. “Don’t book me if you want plain Jane. I seem to overpose sometimes, which can be a little bad,” she laughs, “but that’s just the nature of the game.”

Thus far, she’s appeared in ad campaigns for Chanel, Dolce & Gabbana, Phi, Nicole Farhi and Yves Saint Laurent Beauté, for whom she serves as the face. A stellar roster like that has enabled Rocha to scale back on her show schedule for fashion week. Though in season’s past she’s done as many as 36 shows in New York alone, she did about 14 this go-around, two in Milan (Dolce & Gabbana and Versace) and four in Paris, including Chanel and Gaultier. “I don’t need to overdo it,” she shrugs. “I like to work with the [designers] who I have a good relationship with. You believe in what they’re doing and they respect having you.”

At heart, Rocha remains unaffected by her glam environs. A tomboy at heart, she jumps at the opportunity to hike, bike or climb whenever she has a couple of days off. A  teetotaler, her favorite way to unwind is with a swirl of frozen yogurt, her maltipoo, Peek-a-Boo, tucked in her lap. Gaultier credits her dance background with enabling Rocha to keep her feet planted on terra firma. “She’s a dancer and she has the dancer’s discipline,” he says. “Dancers are always ready to push themselves to the limit. Nothing is too complicated for Coco, and she’s always ready to try something special.”