He will take over the role of global president and ceo on March 31, succeeding Jacques Lévy, who has opted to retire. 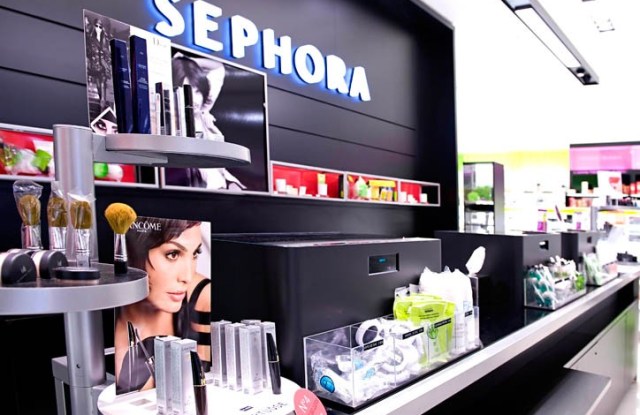 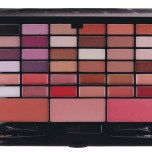 This story first appeared in the March 8, 2011 issue of WWD. Subscribe Today.

An announcement regarding de Lapuente — who is also expected to be named a member of LVMH’s executive committee — could come as early as this week, industry sources said.

A spokeswoman for LVMH Moët Hennessy Louis Vuitton, which owns the perfumery chain, could not be reached for comment.

Levy was named to his current position in late 2005, and for the two years prior to that held the title of president of Sephora Europe (a responsibility he took up again in 2009 and added to his role as Sephora global president and ceo). As president of Sephora Europe, Levy oversaw the perfumery chain’s operations in Asia, too. He joined LVMH from Staples International and formerly held various executive positions at Disney. Levy also worked at Darty and Galeries Lafayette/Nouvelles Galeries.

When Levy joined Sephora in 2003, it had about 400 European doors and 75 in the U.S. By Dec. 31, 2010, Sephora counted 673 stores in Europe, with 34 net new openings during the year, and 276 doors in North America. Worldwide, the perfumery chain by the end of last year had 1,070 stores, including 84 net openings. Locations were inaugurated in cities such as Milan and Madrid, and Sephora’s Paris flagship on the Champs-Elysées was reorganized as part of a store renovation program.

According to LVMH, which did not break out numbers in its financial documents, Sephora in 2010 posted like-for-like store growth across all regions and continued to gain market share. LVMH’s selective retailing business group, which includes Sephora, increased sales by 19 percent in 2010 year-on-year to 5.38 billion euros, or $7.14 billion at average exchange. At constant group structure and currency exchange, the increase was 14 percent.

At Sephora, revenues grew in the U.S. quarter-on-quarter throughout 2010. LVMH stated Sephora’s business in Canada was a “resounding success” and is confirming its “strong potential.”

Sephora introduced digital initiatives such as a cell phone application. The perfumery’s “good momentum” in online sales (in the U.S., France and China) continued in 2010, as did the pace of store openings. New flagships allowed Sephora to grow its presence in Europe — where it claims leadership status and the fastest growth in the market, plus pole position in France — and in Asia.

Sephora continued expanding in China, a country it entered in 2005 and in which it has about 100 doors. LVMH said the perfumery notched up “significant market share” in both Shanghai and Beijing, where the retailer has about 20 stores each.

The Sephora flagship in the Ion Orchard shopping center —which opened in late 2009 and at 13,330 square feet is the perfumery chain’s largest location in Southeast Asia — was “enormously successful,” according to LVMH.

Last July, Sephora entered Latin America via the acquisition of Sack’s in Brazil. LVMH purchased 70 percent of the Rio de Janeiro-based online retailer, which at the time offered more than 270 brands and boasted a customer portfolio of more than 830,000 clients, with 4 million unique visitors a month. Industry sources estimated Sack’s had annual retail sales of more than $50 million. The purchase price was estimated at more than $100 million.

In late October, Sephora inked a joint venture deal to enter Mexico, Latin America’s second-largest beauty market following Brazil. Sephora Americas teamed up with Grupo Axo with the aim of opening the first two stores in Mexico City late in 2011 and then opening more annually in the years to follow.

In the Middle East, Sephora had “an excellent year,” and ended 2010 with 20 locations, according to LVMH.

Under Levy, Sephora has signed innovative deals while pursuing its expansion. For instance, in 2006 in the U.S., the perfumery chain made an agreement with J.C. Penney to open branded Sephora shops within Penney’s stores.

Other recent highlights for the perfumery chain include a partnership between Sephora and The Body Shop in the U.S. Last month, The Body Shop said it had developed exclusive skin and body care items for Sephora, which were to roll out to 170 of the retailer’s 230 doors in the first week of March. The deal was designed to supply Sephora with a natural and eco-minded skin care brand while offering The Body Shop an expanded distribution outside of its own 300 U.S.-based doors.

Sephora, via its Sephora by OPI brand, launched a limited edition “Glee”-related nail color collection in stores in February. Slated for March was the opening of a 2,691-square-foot store inside Milan’s central train station. The store will join brands such as Armani Jeans in the recently renovated station, which is said to receive 320,000 visitors a day.