The Van Cleef & Arpels ceo will take over the ceo post at Compagnie Financière Richemont's largest and most profitable brand at end of the year. 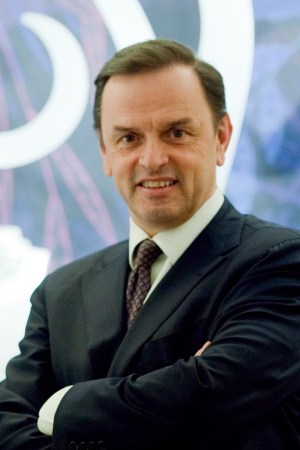 LONDON — Compagnie Financière Richemont has named company veteran Stanislas de Quercize chief executive officer of its largest and most profitable brand, Cartier, in a clear signal that business will continue as usual.

De Quercize, 55, is currently ceo of Van Cleef & Arpels, a smaller jewelry brand in Richemont’s stable that also includes Dunhill, IWC and Chloé. He succeeds Bernard Fornas, who served as Cartier’s ceo for a decade. The handover will take place at the end of the calendar year.

Fornas and de Quercize both declined to comment on Monday.

Fornas, 65, has reached retirement age, although he will continue to have a senior management role within the group, working closely with Richemont’s executive chairman and ceo Johann Rupert and deputy ceo Richard Lepeu, the company said. He will also remain a member of Richemont’s group management committee.

“Over the last decade, Bernard Fornas has led Cartier in an entrepreneurial and highly professional manner,” Rupert said. “He has been responsible during that period for Cartier’s growth strategy and has overseen its geographical expansion, most notably into new markets in Asia. Under Bernard’s leadership, Cartier has thrived.”

Analysts said the transition will likely be a seamless one.

“Richemont has chosen a veteran: de Quercize has been with the group since 1989, and it should be a very smooth transition,” said Antoine Belge, analyst at HSBC in Paris. “Every time there is a change, there is bound to be an impact, but I think Richemont has done everything to minimize the risk of disruption.”

Belge added that de Quercize’s move from a small brand to the largest one at Richemont won’t be problematic, either for him or for the group. “He knows the Cartier brand and was number one at a smaller brand in the group. I think the important thing is that he has the trust of Mr. Rupert and Mr. Lepeu.”

Analysts at HSBC estimate that in the 2011-12 fiscal year ending March 31, Cartier will generate 48 percent of Richemont’s total sales, or slightly more than 4 billion euros, $5.32 billion, and 67 percent of the group’s operating profit, or 1.3 billion euros, $1.73 billion at current exchange.

By contrast, Van Cleef is set to generate about 300 million euros, or $399 million, in sales this year, and 50 million, or $67 million, in operating profit.

De Quercize joined Richemont in 1989 and, during his 23-year tenure, served in top regional management positions at Dunhill and Montblanc. In 1999 he was named general manager of Cartier France, and in 2002 he became president of Cartier North America. He was named president and ceo of Van Cleef & Arpels International in 2005.

Rupert said de Quercize “has proved himself to be a highly effective leader at Van Cleef & Arpels, and has successfully overseen its development, fully respecting the traditions and heritage of that maison. I am sure that under Stanislas’ future leadership, Cartier will continue to build upon its successes to date.”

According to Luca Solca, global head of European research at CA Cheuvreux in Paris, the choice of de Quercize signals a strong desire for continuity.

“I expect more of the same [at Cartier], with a confirmation of the strategic directions identified so far,” said Solca, pointing to a further expansion into retail and attention to product quality and communication.

Colleagues and former competitors of de Quercize, a married father of three who is a member of the Comité Colbert board of directors, say he is a leader with the ability to galvanize a team, hone a brand and play fair. He’s also known for his inquisitive nature and charm.

“He’s one of the stars of the industry and a real gentleman,” said Joan Parker, a luxury marketing consultant who worked for De Beers and De Beers Diamond Jewelers for 30 years. “When we were his competitors in the U.S., opening De Beers jewelry stores, he’d always invite us to his Cartier openings, and always wish us the best of luck.”

His colleagues at Van Cleef say de Quercize sharpened the brand and made it more appealing to a wider, more international audience with the expansion of the Alhambra and La Perlee collections, and a fresh focus on watches.

“He’s a very involved, hands-on, approachable manager who pointed us all in the right direction,” said a colleague, who requested anonymity. “And he really gave Nicholas Bos [Van Cleef’s creative director and ceo of North America] the freedom to express himself.”