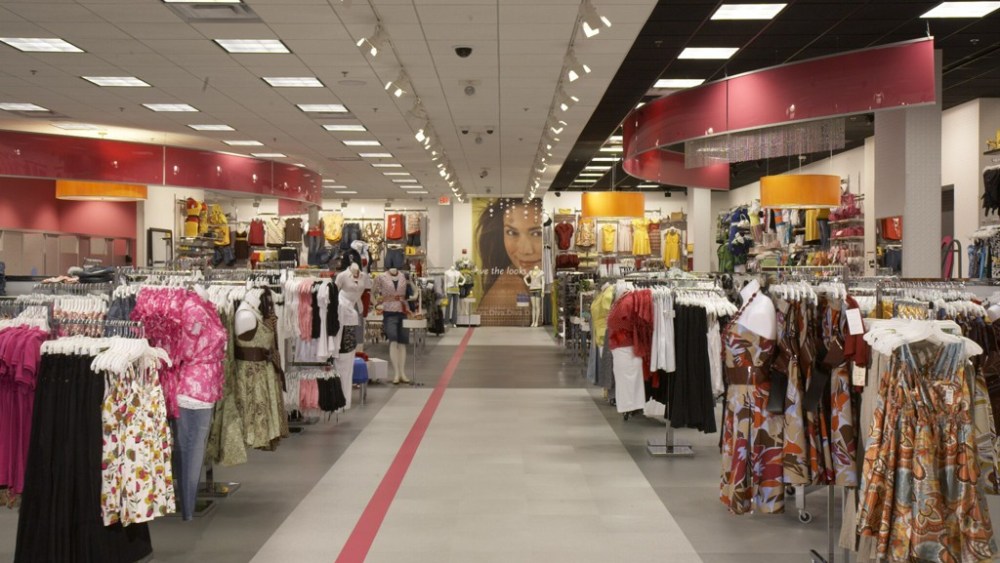 Lisa Rhodes, who headed up Wal-Mart’s New York fashion office, which shut down in February, has become chief executive officer of Dots, the low-priced women’s chain based in Glenwillow, Ohio.

In addition, Dots will launch a merchandise center in New York City in November, most likely in Manhattan’s Garment Center.

The moves are geared to pump up management and merchandise, and speed expansion so that the company ultimately becomes a national chain, though it already operates 420 stores in 30 states, and last year generated more than $400 million in sales.

“We are turbo-charging a car that’s running quite well,” said John Howard, ceo of Irving Place Capital, which acquired Dots last year. “Lisa’s ability to focus on a clearly articulated strategy and the target customer has proven successful in driving both top and bottom line results.”

Rhodes was the highest ranking official at Wal-Mart’s fashion office in Manhattan, serving as senior vice president of the U.S. apparel merchandising division, until the office closed in February. Before that, she was executive vice president and chief merchandising officer for Maurice’s, and earlier she worked at Charming Shoppes, Marshall’s and Macy’s.

The merchandise center is expected to have 50 individuals involved in buying, planning, allocation and the creative areas of marketing. It’s possible some employees in Glenwillow will be relocated to the New York office, Rhodes said. Currently, Dots does not have any operations or stores in Manhattan. It’s closest unit is in Co-op City in The Bronx, which has the demographics Dots typically serves.

“In a hectic world where the economy is tough, Dots is a place where a woman feels like she’s indulging herself,” Rhodes said, suggesting that the fitting rooms, service and values that are offered are a cut above the competition’s. “At a big-box store, a customer can become a transaction. At Dots, it’s a holistic experience versus a transaction.”

Rhodes and Howard said Dots is on a mission to become nimbler, quicker to seize up trends and to offer more styles though not necessarily additional categories, and that opening a merchandising office in New York is critical to reaching the objective.

“Our goal is to become more responsive to our customers and lay the foundation for building a 1,000- to 1,500-store business,” said Howard. “We should be able to open 75 to 100 stores a year when the company hits its stride.”

This year, Dots will open about 35 stores, which average 4,000 to 5,000 square feet in size. While the company has stores primarily in power and strip centers, Howard said, “We believe there is opportunity in all channels for this brand. It’s key for us to bring our merchandising talent closer to New York so we can drive speed to market and become quicker on trends so our stores have the right merchandise continuously.”

Rhodes, who will be based in New York, takes the ceo title from Rick Bunka, who will continue at Dots as president, overseeing store operations, distribution, financial, human resources and information technology. “These moves are a bold step to propel Dots into a true national retailer,” said Bunka. “Lisa’s skill sets and experience will leverage the significant progress the Dots team has made in improving the shopping environment for our customers, developing our state-of-the-art distribution center and enhancing our senior executive talent.”

Often, private equity firms take retailers public. “There is no specific goal to take the company public,” Howard said. “Dots is a profitable business as it exists today. It’s not broken. We want to take it to the next level.”

Dots focuses on selling women 25 to 35 years old who are seeking fashion at value prices and a range of sizes, which run from 0 to 24. Most of the merchandise is casual but styles for work or to go clubbing are also offered. Just more than 80 percent of the merchandise is private label obtained from the market, according to Dots’ specs and colors, rather than direct imports. The price points, with dresses from $14.80 to $29.80; denim jeans, $16.80 to $34.80, and colored denims at $19.80, are comparable to Wal-Mart’s. “We want to be fast and fashionable,” Rhodes said. “There is a void in the landscape for fast, fun fashion in the strip that fits everyone. We’re not a junior chain. We cater to 25 to 35 [year-old] women with a twentysomething attitude.”