Down South, a Hometown Salute for John Portman

Atlanta honors John Portman who molded much of the city's skyline and designed more than 150 international projects. 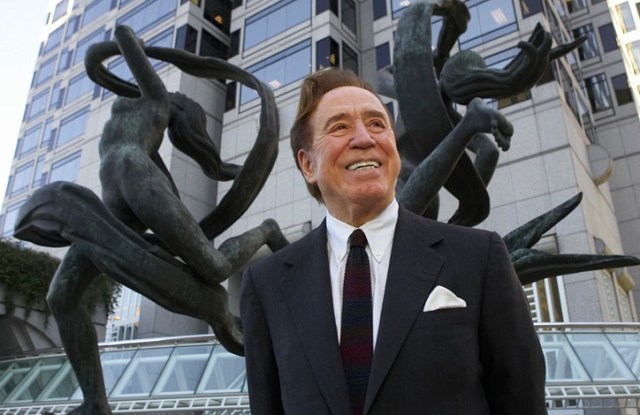 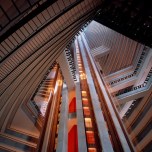 ATLANTA — John Portman is a hometown boy who made good, and his vision has helped reshape the urban landscape.

Over the last half-century, the architect and developer created the atrium concept for modern hotels, molded much of Atlanta’s skyline, designed more than 150 international projects and built AmericasMart in Atlanta, one of the largest wholesale market centers in the world.

A retrospective exhibit “John Portman: Art and Architecture,” running through April 18 at the High Museum of Art here, explores Portman’s legacy through hundreds of photos, models and renderings that highlight his innovative design theory, which combines dramatic interior spaces, natural elements and functionality.

“All my life, I have been focused on what I’m doing currently and what I’m going to do next,” said Portman, who will be 85 on Dec. 4. “I haven’t spent time looking back. To see so much of what I’ve done in one place, thanks to the idea of such an exhibition spawned by the High Museum of Art two years ago, is overwhelming.”

Portman extended his design vision to projects in other major U.S. cities: Embarcadero Center in San Francisco, the Bonaventure Hotel in Los Angeles, the Renaissance Center in Detroit and the New York Marquis hotel and theater in New York’s Times Square.

In 1975, Portman designed the Brussels Trade Mart and then turned to Asia, building hotels and commercial centers such as the Shanghai Centre in China and Marina Square in Singapore, among other projects.

In addition to his architecture, the exhibit also features about 55 sculptures and paintings created by Portman since 1981, as well as a model of his home, Entelechy II in Sea Island, Ga.

“I guess when you can’t keep from being busy,” he said, “this is what happens.”