Olivier Baussan discusses his devotion to helping others, his respect for the olive and why there’s nothing quite like the taste of black truffle. 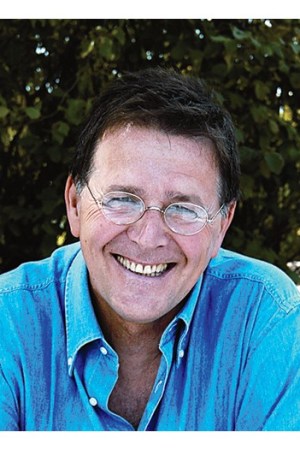 Olivier Baussan is a true Renaissance man. In 1976, he founded L’Occitane en Provence, followed by Oliviers & Co. 20 years later. The entrepreneur has also started up numerous philanthropic works and sustainable practices—including the culling of shea butter by local women in Burkina Faso. October found him at the Thomas C. Giordano School in the Bronx, where children had eye examinations thanks to a grant from the L’Occitane Foundation. Here, Baussan on his philosophy, his loves and the stuff that dreams are made of.

WWD: How do you define beauty?
Olivier Baussan: For me, true beauty comes from the inside. It is generosity. Real beauty is the ability to be attentive to others, especially those who are less fortunate.

WWD: What drives you in life?
OB: The relationship that I can establish with things that carry a sense of tradition, of savoir faire, of the earth’s wisdom. I love people who have a rapport with the land.

WWD: How are the food/restaurant and olive oil–making industries similar to beauty?
OB: They’re very, very similar. Whether it is for the harvest of the everlasting flower or olives or shea butter, it is always the same when it comes to the relationship of human beings who try to preserve values for eternity. After, it’s a question of application. Olive oil can very easily be used in cooking, as can shea butter in Africa. But the applications are a bit different. The process for me is the same, and that’s what interests me. A restaurant is something that can show off true products. In cosmetics, it is not [enough] to say that everlasting flower is good for the skin. What interests me is to show that behind everlasting flower there is a tradition that one takes part in preserving. In cooking, it’s somewhat similar. It’s interesting to try and show the history of a product and to communicate it.

WWD: What have you learned from your charitable works?
OB: Love is not charity, since the notion is a true growing together. It is what brought me the most when I was in Burkina Faso 25 years ago. It was the ability to establish a common relationship of development. That is not charity. It is a veritable, fundamental work to be able to elevate each other. It may sound philosophical, but the idea is to carry mankind beyond itself.

WWD: What is your multitasking secret?
OB: My passion is to try to leave a trace before I disappear. I want to participate in the concrete construction of the world of tomorrow.

WWD: What is your favorite season and why?
OB: I adore springtime because it is this renaissance of nature. The buds, the first leaves, they are proofs of life.

WWD: Who are your favorite poets?
OB: I adore the magnificent American poet Walt Whitman. I love, in a very faraway fashion, in France, Stéphane Mallarmé, for instance. I still love [Matsuo] Basho, who is a Japanese poet of the 17th century, who wrote extraordinary haikus. Poetry is really a worldwide language and that is what I find very, very beautiful.

WWD: What are your favorite tastes and why?
OB: Truly among the tastes I prefer are those that are the most authentically natural. I am very snobbish in saying that, because I adore the taste of black truffles, for instance, because it is a product that comes directly from the earth. It is, for me, the world’s most beautiful caviar.

WWD:What do you love about olives and olive trees?
OB: The veritable bond, beyond the poetic bond, the bond of friendship between all the true producers around the Mediterranean. It is a bond of peace, but very strong. When one speaks of olive trees, there is no longer an emotion of war and conflict. One speaks of a passion. What I love with olive trees is this veritable union that exists between men. I confess that I always prefer the oils of Provence, but that’s because I am from Provence.

WWD: What dream project would you like to tackle?
OB: There are many. Among the most crazy dreams is inevitably to discover again around the Mediterranean or elsewhere stories as strong as those I discovered when I was younger. Because it’s that which nourishes the spirit as much as the body.

WWD: What do you hope your legacy will be?
OB: It is to try and leave an open furrow. I try to participate in this world, not as a tourist, but as someone who’s active.