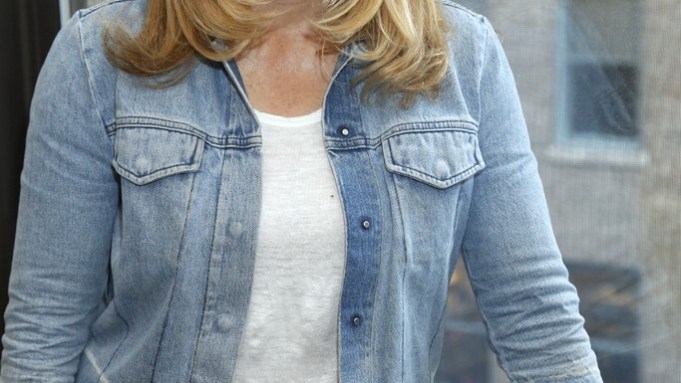 Eccentricity and beauty run deep in Marin Hopper’s family of famous iconoclasts such as her father, the late Dennis Hopper, and grandfather, Leland Hayward, the Hollywood agent and aviator. Her mother, Brooke Hayward, is an actress, author and celebrated American beauty. Jane Fonda is her godmother and Diana Vreeland was a close family friend.

With a pedigree like that, it’s no wonder Hopper is in a creative field, designing handbags and jewelry. The name of the brand? Hayward, after her grandfather.

“I had a lot of deeply eccentric people in my family who used accessories as exclamation points,” she says.

She was speaking from her showroom in Manhattan’s Garment District a month before the opening of her first store all the way in the east Seventies, a quirky 2,000-square-foot space on the second floor of the turn-of-the-century Atterbury Mansion.

With 12-foot ceilings, bronze mantles and elaborate woodwork and paneling, a typical Upper East Side vanilla box this isn’t. The space previously housed a hair salon, but “the bones of the mansion had not been touched,” Hopper says, adding that the Explorer’s Club, of which her great-grandfather Bill Hayward was a founding member, is on the same street.

“It feels like the real deal of where the brand should be,” Hopper says. “I want it to feel like a great club. Opening the store is one step toward showing the world what our message is. This brand is the history of an American family that was really centered on the East Coast.”

Still, many of Hopper’s favorite memories involve living in Malibu in the Sixties with her parents. There, her mother’s easy glamour called for Rudi Gernreich for day and James Galanos at night while Fonda wore Yves Saint Laurent poet blouses and jeans to the beach. “She’d just come back from the South of France,” Hopper says. “She wore Chanel on her wedding day [to Roger Vadim]. She mixed casual with YSL and Chanel.”

While they lived there, Vreeland asked Hopper’s late father to take pictures of his ubercool circle of friends, the likes of Peter Fonda — his costar in “Easy Rider” — and Paul Newman. Most of the young Hopper’s childhood played out against the backdrop of several generations of Hollywood icons.

“Jimmy Stewart and John Swope were my mother’s godparents,” she says. Robert Walker and Jennifer Jones were also close friends of her grandparents, Hayward and Margaret Sullavan. “Their son, Robert Walker Jr., was like a brother to my mom.” Roddy McDowall was another member of the group who took his own photos. “He made little films of weekends in Malibu,” Hopper says. “I remember being at Lauren Bacall’s house one weekend with the Walkers, all hanging out beachside. Mom’s there, dad’s there. The old Hollywood with the younger Hollywood.”

When it came time to design her own collection, which will include scarves and cashmere for the store, it was a given Hopper would tap into her family’s past for inspiration.

Among the handbags, which come in exotic skins such as python and are designed in California with silver hardware fashioned in Italy, one is called the Tuesday. It owes its name to Tuesday Weld, a good friend of her father’s. “I thought she was so beautiful and cool and fancy and casual at the same time,” she says. “My father always photographed her in a convertible.”

Cherished bibelots belonging to her posh relatives found their way into her collection as well — a version of her grandfather’s bespoke cuff links became the hardware for the Kit handbag. The elongated “H” at the end of zippers and the logo in every handbag were inspired by a watch fob with Hayward’s name spelled out in the chain links in a special font he designed. He would later marry Slim Keith, the style icon who was never seen without a clutch. Naturally, she inspired Hopper to design a clutch in her honor. “She had such a bold style,” the designer says.

Though Hollywood runs in her bloodline, Hopper herself seems more like of a study in contradictions.

“I vacillate between loving very expensive accessories to being hard-pressed to put a dress on,” she says of her style. More often than not, she prefers to wear jeans.