Reporting to president and ceo Marco Bizzarri, Renée Tirado will implement a global strategy to create a more inclusive and equitable workplace and increase workforce diversity.

MILAN — “Only knowledge and experience allow you to fully understand what diversity is, and to have long-term, real results,” said Gucci president and chief executive officer Marco Bizzarri in an exclusive interview with WWD, as the company reveals the appointment of its first global head of diversity, equity and inclusion. “Education will mitigate preconceptions.”

Bizzarri was true to his word and, five months after first revealing plans to create the new role, Renée Tirado is joining the Italian luxury group in the position. She is based in New York and reports directly to the ceo.

Tirado will design, develop and implement a global strategy to create a more inclusive and equitable workplace at Gucci and increase workforce diversity. She is tasked with ensuring a positive corporate culture across all regions by hiring and leading a global team of employees dedicated to diversity, equity and inclusion. The appointment is expected to impact recruitment approaches and reviews of internal talent.

In February, Gucci revealed the first four long-term initiatives to achieve cultural diversity and awareness throughout its organization and activities globally, following accusations earlier that month that a balaclava-style sweater evoked blackface, despite creative director Alessandro Michele’s explanation that it was a tribute to Leigh Bowery and to his camouflage art. The first four initiatives mapped out were: hiring global and regional directors for diversity and inclusion; setting up a multicultural design scholarship program; launching a diversity and inclusivity awareness program, and introducing a global exchange program.

“She was suggested by a common friend of the company when the balaclava incident happened, and I was impressed by how she helped us, how she tackled things in an unexpected way,” Bizzarri said of Tirado. “She was very calm and her thinking was long term; she wasn’t merely looking at closing that specific issue and I found her eloquent and articulate.”

Bizzarri said Gucci received about 250 résumés for the post, which were eventually streamlined to 30, showing a “very high level of applicants who could surely have helped us.” Tirado, though, has “great empathy, she is intelligent, and she lives and breathes these issues on a daily basis; they are not confined within her job description. She has the right approach in connecting all the dots and finding a common thread between all our projects.

“Since 2015, Alessandro and I have worked to put culture — self-expression and inclusivity — at the center of what we do. I strongly believe diversity empowers creativity. All that we have accomplished has been driven by these values,” Bizzarri said. “This appointment is a fundamental building block to further our commitment and support the initiatives already in place. As a learning organization, we have challenged ourselves over the last few months to accelerate our vision to develop a stronger organization. I am confident that Renée will help us create the meaningful change we want to see not only in our company but in the fashion industry.”

In order for the company to understand different cultural perceptions, Bizzarri said: “We have already started to implement our diversity and inclusion unconscious bias training program in America and in Italy. We have also worked with Parsons professor Kimberly Jenkins, who gave a series of lectures on this topic during corporate gatherings in Continental Europe and Asia.”

Bizzarri said, according to the Design Fellowship Program, “brilliant students” selected by their own teachers will be able to spend one year at Gucci. “We realized that even if kids are open to accept to move to other countries in principle, we need to create a structure, or packages — from flights to homes — to make it easier to smooth out any problem and understand their needs,” explained Bizzarri, who wants interns to “find what they expect when they come to Gucci. We want to be structured, so that their internships will be fully integrated.”

Tirado is expected to advance Gucci’s support of the LGBTQ community and gender equality through Gucci’s membership of Parks — the first luxury fashion brand to join in 2017 the Italian nonprofit that helps companies to enhance diversity and inclusion. She will further support Gucci’s “UN LGBT Business Conduct Standards,” and U.S. Supreme Court brief in favor of LGBTQ workers, participation in UNICEF’s Girls’ Empowerment Initiative, and Gucci’s Chime for Change campaign. 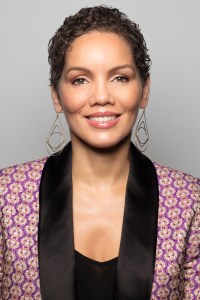 “I am in the business of making human connections that start with the foundations of inclusivity, respect and diversity to ensure Gucci remains culturally relevant and economically competitive,” Tirado said. “I am honored to join a company that puts these non-negotiable values at the forefront of their business model, not as a ‘nice to have’ but as a key component of its business strategy. Diversity is on the agenda of many companies, but Gucci has now assumed a leadership role in the industry through the breadth of initiatives it is undertaking and the prioritization it has placed on it as a part of the overall business,” she underscored.

Bizzarri said Tirado “believes that diversity and equity should be a daily way of being. She understands that this mission is something that needs to be shared by all within the company as an essential foundation of our Culture of Purpose. It is this deep commitment paired with her unique experience that made her the natural choice for this leadership role.”

Tirado will become a member of the Gucci Changemakers Council, a new global program the company launched in March to support a shift in the industry and to foster unity through community action. As reported, Gucci Changemakers includes a fund totaling $5 million over five years and a $1.5 million four-year scholarship program in North America. In addition, Gucci is fostering a global employee-volunteering framework that will fuel the company’s commitment to create a lasting social impact in communities and within the fashion industry.

The Changemakers Fund will invest in community-based programs in cities across North America. In particular, it will focus on building strong connections and opportunities within the African-American community, among others. To this end, the Italian fashion group relies on advice from and support of a Changemakers Council, made up of community leaders and social change experts ranging from fashion activist Bethann Hardison, who attended Gucci’s fall show in February in Milan; Harlem couturier Dapper Dan; poet and activist Cleo Wade; entertainer, entrepreneur and philanthropist Will.i.am, and Ivy McGregor, ceo of innovative vision strategic consulting the IVY Inc., to name a few. Tirado, who will be part of the corporate executive committee, will be based in New York because, despite the trips around the world she is expected to take on a regular basis, several of Gucci’s projects will be rooted in the U.S., noted Bizzarri.

Tirado will partner closely with Antoine Phillips, the recently appointed vice president of brand and culture engagement at Gucci America, and his team in their efforts to strengthen local social impact activities through the Changemakers initiatives.

Given Tirado’s extensive work for women’s equality, she will also join the Chime for Change Advisory Board. Chime for Change was founded by Gucci in 2013 by the luxury company in collaboration with Beyoncé Knowles-Carter and Salma Hayek Pinault, wife of Kering ceo Francois-Henri Pinault, to support and promote gender equality with a focus on education, health and justice.

Along with promoting cultural and social awareness toward gender equality, Chime for Change is active in the development of projects in collaboration with GlobalGiving, a nonprofit organization based in the U.S. that provides a global crowdfunding platform for grassroots charitable projects, as well as with UNICEF.

The video features a short portion of a conversation between Renée Tirado and Gucci friend of the house, political strategist and social activist Symone Sanders. This video was filmed at the Gucci New York offices to introduce Tirado to Gucci employees.