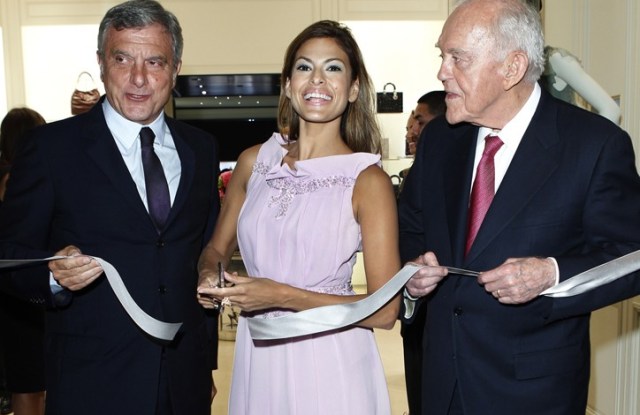 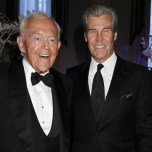 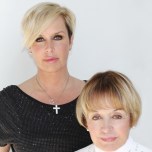 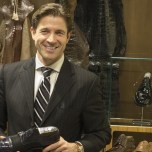 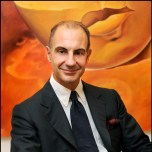 Terry J. Lundgren, chairman and chief executive officer, Macy’s Inc.: “I was 29 years old, on my second day on the job as store manager of Bullock’s South Coast Plaza, and in walks this tall, Swedish gentleman. He introduces himself and pronounces my name in Swedish. I said I was very proud to have been selected for the job and proud that this was the number-two volume store in the company. He said, ‘Who’s number one?’ I said Bullock’s in Sherman Oaks. And he said, ‘When do you plan on beating them?’ I felt like I was reporting to him.

“Within one full year, we passed Sherman Oaks and Henry had a lot to do with that. He created one of the most special shopping centers in the world. Every specialty store, every department store, the locations were chosen by Henry. The vision for the future began with Henry. He was one of the most involved shopping center owners I’ve known. Fifteen or 20 minutes before he died, I got a call from his wife, Elizabeth, telling me how much Henry regretted that he couldn’t finish a letter he was writing to me, to congratulate me for something. I was so moved. I am going to miss Henry, his advice, his council. He was always challenging me.”

Sidney Toledano, ceo of Dior, said Segerstrom left a lasting impression with his combination of haute professionalism and human kindness.

Their rapport and friendship stretches back to 1998, when Dior opened at South Coast Plaza. Toledano described Segerstrom as a visionary to make Orange County a destination for luxury, a métier for which he had a deep appreciation, reflected in his detailed approach to everything he touched.

In 2010, when Dior extended its boutique with a new Peter Marino concept, Segerstrom offered a dinner worth remembering for the French brand at his Newport Beach villa.

“He insisted that I stayed at his home. I stayed for two nights and he received me like I was family,” Toledano recalled.

The beachside property boasted a guesthouse, which Segerstrom equipped with a butler and monogrammed towels just for Toledano.

“He took care of me like a father,” Toledano marveled.

The weekend included long chats on Segerstrom’s terrace, where talk turned to the developer’s experiences during World War II, along with his passions for art and philanthropy.

Toledano said Dior partnered with Segerstrom on many events at the mall, and “every time we had an idea, he was the first to say, ‘Yes,’” Toledano said. “He was so prompt to react to things. He was a fantastic businessman, but he was also a people person. He would look you in the eye and when he committed to something, he committed.”

Pete Nordstrom, president of merchandising, Nordstrom: “Our relationship with Henry started years ago when he reached out to my dad’s generation to encourage Nordstrom to open a store at South Coast Plaza. Years later, in the early Nineties, I was the regional manager for Nordstrom in Orange County. I got a chance to work directly with Henry then.

“Henry was a real gentleman. He was really engaged with the business and incredibly knowledgeable. He had an ambitious vision for South Coast Plaza and anything that was going to happen there. He was a great evangelist for his business and our store — he really raised a high bar for us to operate at the highest possible standard.

“Henry had a real fondness for Nordstrom, just as we did for him. He was a great partner and a very kind man. We’ll miss him very much.”

Max Mara, chairman, Luigi Maramotti: “We’ve been there for 18 years and it’s a unique location. Henry Segerstrom was a point of reference of great integrity. He curated the mix of brands over the years, and this was not so obvious 10 or 15 years ago when others were only worried about maximizing a financial gain. He was a visionary because he had understood that luxury brands need to communicate. He was disciplined about the quality and the realization of the spaces. He invested a lot, but he also wanted the brands to develop top-level projects. Many followed in his footsteps, but at the time, he was unique.”

Cesar Pelli, senior principal, Pelli Clarke Pelli Architects: “I’m still very saddened by his passing. We have been collaborating for almost 30 years. He was a fantastic client, a wonderful man and a delightful person. He did so much for Costa Mesa and Orange County and worked very hard to give Orange County a heart based on the arts.

“I met him in the early Seventies when he used to come to the Victor Gruen Associates office where I was a partner. Rudi Baumfeld there had designed South Coast Plaza. Then Henry came to me in the mid- to late-Eighties together with ICM and we built a building that became Plaza Tower. He was very happy with that.

“Then we designed for him an additional wing of South Coast Repertory theater. Then we designed the Renée and Henry Segerstrom Concert Hall [opened in 2006]. He was very involved with that. He gave the land and $40 million on top of that, and he bought the landmark Richard Serra sculpture to top the space, that was also another $20 million. It must have been $80 million all together. The acoustics there are unmatched. Orchestras that play at Disney Concert Hall come there and say, ‘Oh my God, this is incredible.’”

“What was wonderful about Henry was that he obviously had a very tough interior, but his exterior was always so gentle and friendly. He was always smiling no matter what the circumstances. He was very sharp and understood instantly and could make very quick decisions. He was a delight of a client. He also surrounded himself with the best. We never had any arguments. I trusted him completely. He never asked for silly things and all his requests were intelligent and well-grounded. He had a very good eye and he could tell when something was beautiful. That [Isamu] Noguchi plaza is amazing. Every time I went there, I could sit for half an hour and meditate.

“I still can’t believe he’s gone. He was so full of life; you sensed he enjoyed life fully, not necessarily doing fancy things. He was just a happy person, just happy to be alive.”

“He was always so supportive, not just with his financial things, but he was supportive with his time. And I love the fact that he came to so many of our events and he was always so kind. That’s what I remember most about him, just his gentleness.”

Werner Escher, executive director of domestic and international markets, South Coast Plaza: “The Segerstrom family, and particularly Henry Segerstrom, really had the vision to populate South Coast Plaza with name-brand retail. And today, more than ever, it’s grown because shopping is on the traveler’s itinerary. Without his vision, it wouldn’t have the worldwide appeal it does. I think this is testimony to the Segerstrom family and certainly Henry to give me the green light to market beyond the core markets….

“This was a family that really knew what they wanted to do and there was a lot of planning….In one instance, because of Henry and certainly the family’s connection — because they had emigrated from Sweden — we were fortunate to have the [Swedish] royal family. We planned for a good three months for the arrival of the king and queen. There were actually weekends of preparation with Henry and with his wife at the time and coordinating the security and there was to be only one speech of welcome. And that was to be [given by] the chairman of the county board of supervisors.

“So the royal family arrived, and the reception started, and the mingling and the press…And the program was to start at 11 and then it went on to 12. But what happened was I got two calls from the chairman…she was in a hearing and that hearing was running late. That’s when I went to Henry Segerstrom and he…told me ‘You work it out.’ And I got up and made the welcoming address. I guess I’ll never forget his words, ‘You work it out.’”

Max Azria, founder and ceo, BCBG Max Azria Group: “Henry was a class act who brought commerce and culture to Orange County. He was a visionary who lived the American dream — he transformed what was once a small region between L.A. and San Diego into a significant market in American retail. He was not just a developer, he was a pioneer.”

Frédéric de Narp, ceo, Bally: “During my eight-year tenure in the U.S., I had the pleasure of getting to know Henry not only professionally, but on a personal level as well. And what an honor it was. We had the privilege of sharing so many defining moments together — of building brands at South Coast Plaza, to tripling businesses, to cohosting VIP events in his private home, to being the sponsor of the grand opening of the Segerstrom Center for the Arts.…Henry was an extremely open, generous and caring person. Not to mention a shrewd businessman to boot!

“He really inspired me and was a most incredible visionary and charismatic leader. He turned what essentially was a piece of desert into one of the most luxurious and prestigious shopping environments in the world. Henry was someone with a quest for excellence and an innate understanding of retail and client needs.

“I was in South Coast Plaza this week, and met with Barney Page, one of his closest and most trusted business partners over the last three decades. I truly felt, through Barney, Henry’s presence, vision, fighting spirit, sense of leadership and business, all around and always with a deep human touch. This was so meaningful to me, as I felt I was able to say farewell to Henry. My most heartfelt condolences go to Elizabeth, the Segerstrom family, and all those whose lives he touched — and he touched many! He will be deeply missed and his legacy will live on.”

Prosper Assouline, Assouline, which published a tome on Segerstrom’s art projects in 2013: “Henry is undoubtedly the most important man I have met in a long time. He is an example of what a man should be: a gentleman of impeccable style, his shoes always polished, matched with a tie and a clean blue suit.

“I admired him for the couple he formed with his wife, Elizabeth, and for his way of thinking. I learned a lot from the conversations I had with him. I think he was also the youngest man I knew: a witty and contemporary character, interested in everything that was going on around him; at the age of 90, he still had all the figures in his head — it was impressive.

“Let’s not forget the man built the biggest luxury mall in the middle of nowhere. He even got the government to change the route [of the San Diego Freeway] to make it happen. The American dream — to me, that’s him.”

Gloria Brandes, ceo, BB Dakota: “When they opened a new Bloomingdale’s at South Coast Plaza, Bloomingdale’s ceo Michael Gould was there. We did a tour with Henry. As we were on the escalator heading upstairs to the contemporary area, Henry asked Michael, ‘Do you have BB Dakota?’ Michael said, ‘I don’t think so.’ Henry told him, ‘Well, you really should.’

“I don’t know if it was directly related but we are in Bloomingdale’s now. It certainly didn’t hurt. It was sweet of [Henry] to say that.…He was a very thoughtful, very kind, very generous human being. And very successful. You don’t always get that whole package in one person.”