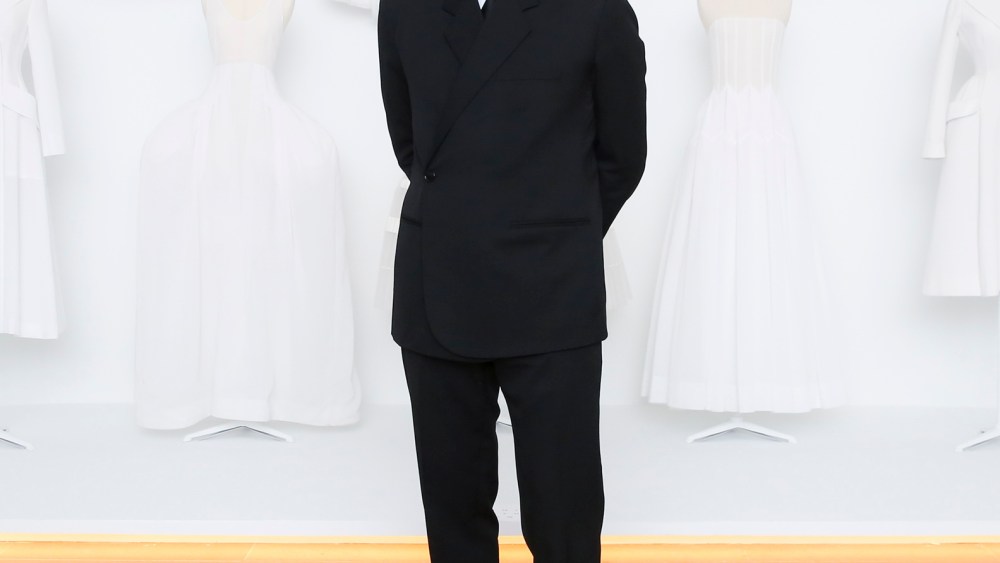 Take a seasoned beauty executive, add some retail experience and a scoop of creative management know-how and — voilà — the fashion executive of tomorrow.

It’s a recipe that’s become increasingly popular as a host of fashion and luxury firms, led by LVMH Moët Hennessy Louis Vuitton, speed up their recruitment from the L’Oréals and P&Gs of the world, attracted by the formidable marketing, digital, brand and consumer engagement skills baked in there.

Over the summer, Pierre-Emmanuel Angeloglou became the latest to cross over, exiting his position as global brand president of L’Oréal Paris to become director of strategic missions for fashion and leather goods at Louis Vuitton. According to sources, he is learning the retail and product ropes at Vuitton’s store network in Scandinavia.

“Fashion houses need fresh perspectives,” said Béatrice Ballini, managing director at search firm Russell Reynolds. “Consumers demand that brands engage with a wider audience rather than portray themselves as purely aspirational. Executives who have worked in consumer-facing industries such as beauty are used to wider audiences.”

Headhunters agreed that fashion firms covet the expertise beauty executives accrue, especially as all things digital roil the industry and as fashion brands play catch-up to be more consumer-centric and create emotional bonds in a competitive market. Hurdles include the slippery subject of taste, and sometimes mismatched compensation expectations.

Marketing expertise headlines the skill most compelling to the fashion crowd.

“Fashion houses need proper showcasing of their products. They also need the attention of the customer when a new collection hits the store. These product launches have been traditionally better organized by beauty than fashion,” Ballini explained.

Beauty executives are adept at “putting the consumer, not the product, at the center of every action plan, widening the voice of the brand through social, etc., and organizing launches as they are in consumer products — in essence infusing marketing into the organization,” she added.

“Running large, multibillion-dollar omnichannel global brands, in a highly competitive environment, with a strong digital/DTC [direct-to-consumer] strategy, they bring consumer-centricity and efficiency with the experience of working with creative leaders,” agreed Floriane de Saint Pierre, who runs a namesake search and consulting firm in Paris.

Pioneers include Françoise Montenay, the former president of Chanel’s fashion division who came from beauty, according to de Saint Pierre, who lists as other examples Pietro Beccari from Henkel, who transitioned to Louis Vuitton, then led Fendi and now Dior, and Véronique Gautier, who started in beauty, then went to Hermès and Jean Paul Gaultier, before returning to beauty as global president of Armani Beauty.

More recent sector shifters include Charlotte Tasset, who arrived at the helm of Nina Ricci to oversee both fashion and fragrance after roles at Printemps and Sephora, and Damien Bertrand, an 18-year veteran of the L’Oréal group who became managing director at Christian Dior Couture and is widely viewed as a name to watch.

Also at Dior today is Renaud de Lesquen, who heads up the brand’s couture and fragrance businesses in North America after having spent many years at L’Oréal, lastly as president of YSL and designer brands.

Edgar Huber has toggled between the beauty and fashion industries a number of times. Most recently named president of Coty Inc.’s Americas and Asia Pacific division, he is president of the group’s luxury division. But before that, he was president and chief executive officer of Land’s End, ceo of Juicy Couture and head of L’Oréal USA’s Luxury Products division.

Harvey noted that while beauty and fashion are near cousins, what happens inside companies differs.

“Brand management is not something that’s really taught inside fashion as a skill set or discipline, whereas in big beauty companies, executives from a very young age are taught brand management,” she said. “Today, fashion needs to learn from these other industries that have been brand- and consumer-experience focused.”

According to Caroline Pill, vice president, global executive search at Kirk Palmer Associates, beauty leaders like L’Oréal, Estée Lauder, Procter & Gamble and Coty produce “best-in-class leaders” because they “tend to stretch their high-potential executives more than in fashion” and rotate them through various departments and regions. She cited as an example Riccardo Bellini, who had a long career in fragrances at P&G before joining Diesel and ultimately helming Maison Margiela.

“They’re often more [well-]rounded in terms of what they’ve done functionally,” she said.

What’s more, the multitude of product launches means executives “get to play with go-to-market strategies in a much deeper way.” They’re also drawn by “the emotional connection that beauty brands manage to create between products and the consumer,” she said. This is particularly impressive given the vast similarities among products like mascara.

“Consumer-centric companies that bring a strong brand story to the table are the ones that fashion companies are interested in,” Pill added.

One industry source noted he believes it’s generally executives with an expertise in fragrance or makeup, rather than skin care, who lend themselves best to fashion. That’s because they have had practice dealing with large volumes of products.

Bellini cautioned that for these same executives, there can be challenges in a fashion house, particularly “to be considered relevant and be able to build a constructive dialogue with the creative teams.”

“You have to have an affinity for it,” Pill stressed. “You can’t look at fashion like the 20th shampoo launch of the year. Fashion takes longer, it takes time to learn, and it requires patience and an appreciation for craftsmanship.…When you step from beauty into fashion, you have a cultural adaptation which is required. The executive needs to get under the skin of the DNA of the brand, work closely with the designer and, in the case of heritage brands, dig into the archives.”

A love of fashion, and some interest in its context and history, is also essential, according to Harvey: “The executive has to be highly curious and a real student while being a leader with a proven track record.”

That said, “you can’t teach taste. You have to ask, ‘Does this executive have a sense of taste and aesthetics? Do aesthetics matter to this person?’ If not, it’s very difficult to appreciate the nuances of fashion — and the nuances are important.”

Success, she cautioned, “is not a given.”

Still, “I wish that there were more fashion companies that were courageous enough to hire from these consumer-focused companies where brand and consumer are central,” Harvey said. “Fashion should not be thinking of itself in isolation.

“It’s very important for fashion brands, if they want to scale, to move into different categories. It’s more the way beauty companies think about scale, complexity, product extensions and brand extensions. It’s really about brand management and not just fashion categories,” she explained.

Observers cited differences in compensation practices, though rarely insurmountable ones.

“One cannot generalize,” according to Ballini. “Some beauty executives are extremely well-paid. I do not think that this mini migration is driven by money. I really believe that beauty executives are attracted by the challenge of being able to bring a powerful impact in fashion houses, become more visible and have more fun.”

In general, headhunters see barriers breaking down between industries, and talent flowing in various directions.

“I’m very focused on what retail can learn from high-end hospitality,” Harvey said. “We shouldn’t be myopic about industries. I have been saying for a long time that the marketer with scale and P&L experience is without a doubt the next ceo for fashion brands.”

She also spies leaders coming out of consumer-led tech companies and even financial services, mentioning Walmart’s chief customer officer Janey Whiteside, who came from American Express. And vice versa: Diego Scotti, whose résumé at Vogue, J. Crew and American Express yielded him a job as chief marketing officer at Verizon.

Pill noted that some executives have moved from fashion to beauty, including Victoria’s Secret Beauty’s Greg Unis, who hailed from Coach’s men’s department and Brooks Brothers, and Charlotte Holman Ros, who transitioned from Burberry to the Estée Lauder Cos. Inc. and Charlotte Tilbury.

“Today it’s good to have done a little bit of everything,” she said.