The Dress for Success Worldwide Gala, the March of Dimes Beauty Ball, and the Hot Pink Party. 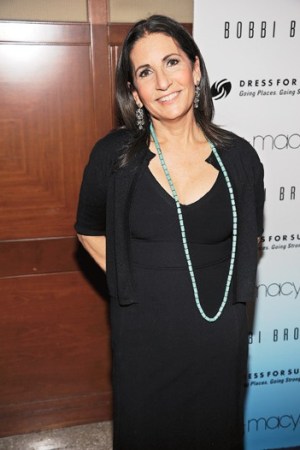 Bobbi Brown and Maureen Case turned Manhattan’s Chelsea Piers into a Caribbean Hideaway for the Worldwide Gala put on by Dress for Success, the organization that provides clothing for disadvantaged women reentering the workplace. “The beach is my happy place,” explained Brown of the theme for the event, which honored Dress Barn, Goldman Sachs & Co. and Ogilvy & Mather. The 1,000-plus attendees helped raise more than $1.8 million for Dress for Success. Happy place, indeed.

In her sultry black gown, Vanessa Williams wowed at the 36th annual March of Dimes Beauty Ball. But it was the $875,000 raised for the March of Dimes ($75,000 over the evening’s goal) that really blew the crowd away. CVS’s Mike Bloom was honored as retailer of the year, while Meredith’s Jeannine Shao Collins received the Beautiful Apple Award and industry veteran Jean Hoehn Zimmerman received the Volunteer Par Excellence Award.

Sting was nearly overwhelmed after inviting all the ladies at the Breast Cancer Research Foundation’s Hot Pink Party—who included Kelly Rutherford and Elizabeth Hurley—to join him onstage when he played “Desert Rose.” The writhing mass filled the Waldorf-Astoria’s Grand Ballroom stage to capacity at the annual party, which raised $4.3 million for Evelyn Lauder’s 17-year-old breast cancer charity. “I’m getting lucky tonight,” Sting said with a laugh as he surveyed the crowd. Proud new papa Elton John performed several of his hits, too, including “Your Song.”