After 16 months of anticipation, Fabrizio Freda has been named president and chief executive officer of the Estee Lauder Cos. Inc.

By Molly Prior and Pete Born on March 26, 2009
View Slideshow 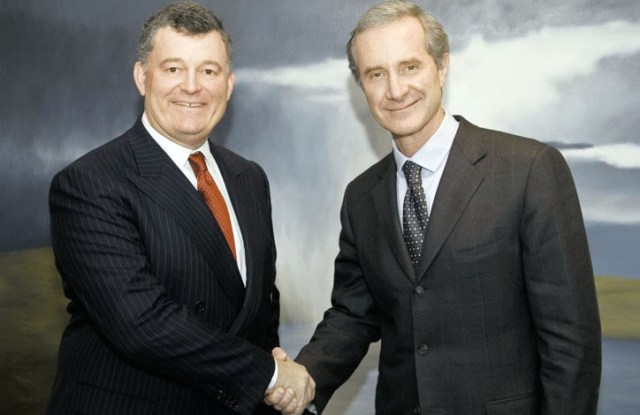 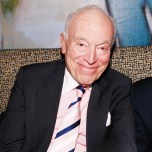 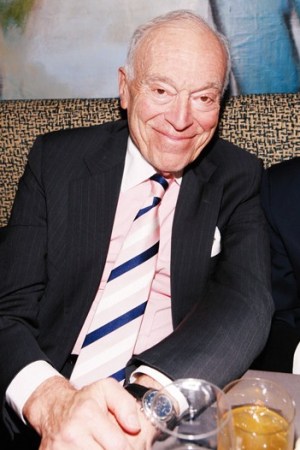 After 16 months of anticipation, Fabrizio Freda has been named president and chief executive officer of the Estée Lauder Cos. Inc., effective July 1, following a board vote on Wednesday.

As expected, he will succeed William P. Lauder, 48, who will move up to executive chairman, taking the place vacated by his father Leonard A. Lauder, 75, who will become chairman emeritus.

Freda, the 51-year-old former president of Global Snacks for Procter & Gamble Co., was named Lauder’s president and chief operating officer in November 2007, and joined the company in March of last year. Upon arriving at Lauder, Freda embarked on a global listening tour to all the $7.9 billion company’s far-flung operations and then set out to draft a plan to restructure the business for a needed resurgence of profitable growth.

Recently, during an exclusive interview with WWD, Freda prefaced his analysis of the 63-year-old beauty firm. “The landscape I found is a great company with great brands, very strong people and an amazing relationship with their channel — their core channel — and a great ability to execute in store. Most importantly, amazing creativity and entrepreneurship are really in the genes of the company,” said Freda. On the other hand, he said, “I found a company with little ability to exploit scale, little ability to leverage the strengths across the opportunities and across the markets internationally.”

In early February, he started to outline the broad strokes of the restructuring plan to resize the company. The four-year restructuring effort, when completed, is expected to wring out $450 million to $550 million in costs. The first steps of that effort include trimming its workforce by 6 percent, or 2,000 employees, over the next 18 to 24 months.

As a result of the plan, the firm expects to achieve an operating margin of 12 to 13 percent. Longer term, Freda forecasts the company has potential to achieve a 15 percent operating margin with a very solid growth plan. He acknowledged because of the recession’s grip, Lauder is now operating in the 7 to 8 percent arena.

Turning to the need for increased efficiencies, Freda has framed a plan to consolidate brand infrastructure globally. Freda noted that over the decades, Lauder amassed 29 brands, each which has their own support structures and global strategies.

Freda said, “Every country is like its own little kingdom with its own organization, its own rules, its own distribution center, even its own buying office….There was little coordination and a lot of duplication.”

Earlier this week, BMO Capital Markets analyst Connie Maneaty said of Freda’s ability to succeed at Lauder, “The family’s stock interest speaks volumes. But Freda is coming to a company where the brands were run independently and had little coordination. So there’s lots of duplication. It’s an opportunity to drive out costs.”

Freda said the company-wide mission is to remain the global specialist in prestige beauty. “If you imagine a company which is about, first of all, a global prestige beauty leader, well diversified brand powerhouse pivoting on creative innovation — that’s the heart of the company. That’s what we have confirmed because it has been like this for a long time. That’s what we want to be.”

Freda repeatedly made the distinction between top-line gains and sustainable, profitable growth. He is clearly intent on achieving the latter.

Freda said the company’s goal — even in this recession period — is to grow one percent ahead of the global markets.

He pointed out, Lauder’s long-standing belief that a brand’s productivity by door is more important than its total size. He said he prefers a small brand with very selective distribution, meaning that it is very important to those retailers, rather than widely distributed brands that have low sales per door. “They are not very profitable,” he said.

Under Freda’s plan, Lauder’s 29 brands have been sorted into three groups. The top $1 billion dollar club includes Clinique, the Lauder brand and MAC Cosmetics. Then there is the middle half-billion tier, followed by the smallest brands in the range $100 million and up.

There’s also a list of underperforming brands in need of improvement.

If the company is not successful in turning around these brands, Freda said, “We will make different decisions.”

In all the talk of sweeping restructuring, Freda very deliberately pointed out that the essential brand dominated character of the company will not be tampered with.

Although the structure will be simplified, he said, “The concept of being a brand-led organization will not change.”

One of the more eye-opening departures involves compensation as a carrot for managers to work toward the same leadership mission outlined by Freda.

To solidify the call for more collaboration among the brands, Freda explained that the new compensation structure will be used as an incentive to get executives to work together to achieve a common goal.

People will continue to be rewarded for their own unit’s results, but part of the reward will be tied to the results of the total company.

For instance, he said if you are working in a region that is doing very well, but if your brand is not contributing to the results then “your compensation will be affected in a relevant way.”

During the WWD interview, Freda tipped his hat to certain Lauder family values that have become ingrained in the corporate culture. “For family values I mean their respect for individuals, their passion for entrepreneurship, their great respect for creativity, their great sense of humanity — which is in everything we do — the excellent relationships with the trade and making personal relationships as one of the key steps of trust building…the key challenge would be actually to maintain them and there is no reason for changing them.

“On the contrary, there are elements that we need to change,” he continued, pointing to the silos approach to business that each brand and “the fact that growth is the only thing that counts and cost control and productivity are less important, or that creativity is everything.” Freda added that part of this attitude is that given enough creativity discipline is not needed to bring a product to market.

“It’s about making one company, one team, one dream all together versus let’s each one [operate] on its own. It can be a real one-dream company.”

The backbone of this vision is the call for Lauder to become “more financially disciplined.”

The engine of his plan for brand growth is driven by an intense and ingrained belief that the company must put the consumers’ desires in the center of its marketing plans.

During a separate interview this week, William Lauder reiterated that he will work in close partnership with Freda. In addition, to handling corporate responsibilities and tackling issues of strategy, for which he has a passion, Lauder said he will work to enable Freda to succeed and provide support.

Leonard Lauder added that his son is very adept at handling increasingly voluminous and complex proposals on the government regulatory front. “He’s the right person at the right time,” the elder Lauder said.

Although in the past Wall Street has chided the company for what was considered laggard productivity and slow-moving efforts to diversify into other U.S. retail channels, the senior Lauder asserted, “I am extremely proud of how far William has taken the company during his tenure as ceo. During his watch, the company successfully expanded its global reach by entering new countries such as Vietnam and India and accelerated our international growth significantly, particularly in China and Brazil.”

He added that during his son’s 5-year tenure, William Lauder expanded distribution into new areas, including company-owned freestanding stores and TV retailing. He also led the company’s e-commerce area, which today is the fastest-growing segment. He also spearheaded the formation of BeautyBank. Prior to becoming ceo, he founded the Origins brand and served as president of Clinique.

In speaking of Freda, Leonard Lauder said, “Fabrizio is a perfect fit with the Estée Lauder Cos.’ culture. His strategic vision and ability to keep the consumer at the center of our business model will be instrumental in continuing to take us forward. I have every confidence that Fabrizio and William will make this leadership transition seamlessly and together, they will lead the company to new heights.”