Gail Federici: The Evolution of an Entrepreneur

Some might be content to kick back after selling a company for $450 million, but John Frieda's business partner has beauty products running through her blood. 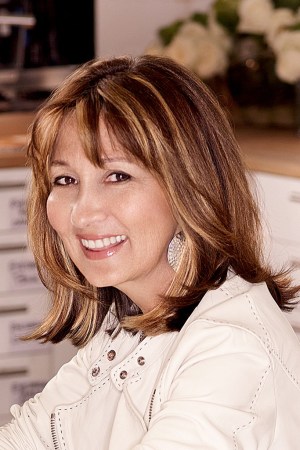 Some people might be content to kick back after selling their company for $450 million, but Gail Federici, the business partner of John Frieda, has beauty products running through her blood. Since selling John Frieda Hair Care to Kao in 2002, Federici has been involved in everything from music to makeup. “I think my mind would go to a bad place if I stopped,” she laughs. “I need to keep doing things.” Her two most recent ventures are Lulu’s Time Bomb Skin Care, spearheaded by British pop veteran Lulu and sold on QVC and at Fenwick’s in London; and My Face Cosmetics, a concept Federici created after noticing the ease with which makeup artists were able to find the perfect shade for any skin tone while on advertising shoots. My Face will launch at Fred Segal later this year and is relaunching with new distribution in the U.K. after a disappointing experience at Boots. Despite her wide range of experience in the industry, Federici remains as passionate about products as ever. “When the person who is leading the charge really feels passionate about fixing something, then you get products that work, that are successful and that the consumer wants,” she says, citing as an example a My Face lip liner that helps even out the lip tone in darker skin. “When we do something like that, I feel good on both levels—we helped fix a problem and people are going to want it so the product will be successful,” Federici continues. “I don’t like coming up with products just for the sake making money. That’s not what drives me the most. You can copy other things out there and make money, but there’s no fun in that.”