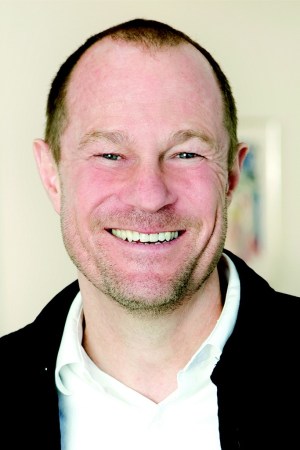 This story first appeared in the October 17, 2012 issue of WWD. Subscribe Today.

Reflecting worldwide expansion that’s seen it move into 40 countries, up from eight in 2006, the San Francisco-based apparel specialty retail giant has reorganized its executive ranks along brand lines, integrating international, online, outlet and franchise operations into four silos — Gap, Old Navy, Banana Republic and a new Innovation, Digital Strategy and New Brands division. The new unit is to be headed as president by Art Peck, current president of Gap North America, and will include Gap’s newest, smallest brands, Athleta and Piperlime.

Responsibility for the Gap brand will be in the hands of Steve Sunnucks, who joined Gap in 2005 after working as chief executive officer of New Look and most recently served as president of the international unit. As global president of Gap brand, he will be based in New York and report to Glenn Murphy, Gap chairman and ceo. Mark Breitbard, named president of Gap North America, will report to Sunnucks and work from San Francisco. Breitbard had been senior product leader for Gap brand in the U.S. and Canada.

The transition to these new roles begins Nov. 5, Gap said, and will be fully implemented at the start of the 2013 fiscal year. It also comes as Gap goes into the homestretch of 2012 sporting greatly improved same-store sales in recent months and completes a third quarter in which it is expected to generate significantly improved earnings.

“Our strong performance gives us the confidence to make this move to bring each brand together with the goal of gaining market share around the world and enhancing shareholder value,” Murphy said. “The global teams will move even faster in anticipating and responding to the ever-evolving needs of customers, delivering consistently great product around the world.”

Jack Calhoun, the president of Banana Republic North America, will become global president of the brand and expand his purview to all channels and regions, as will Julie Rosen in her capacity as the brand’s top merchant.

In a preview of the organizational structure put in place Tuesday, Gap in May named Stefan Larsson the first global president for Old Navy, a post he assumed this month. Larsson’s appointment coincided with Gap’s plans to begin a rollout of Old Navy into international markets starting this summer in Japan. Jill Stanton, who’s served as a creative adviser to the brand, will join full-time as executive vice president responsible for global product design and development, reporting to Larsson.

Nancy Green, who has been executive vice president and chief creative officer of Old Navy, will assume a new role providing product assortment and merchandise guidance to a new team based in Shanghai that will focus on what Gap termed “the significant long-term opportunity in China for its brands.” The Shanghai team will be headed by Redmond Yeung, who reports to Murphy, and Jeff Kirwan. The Gap brand has encountered struggles as it’s entered China but remains on track to have 45 units there by the end of the year.

The moves spell the end of not only international as a business unit at Gap but also of the online division. Toby Lenk, who’d served as president of online, will leave the company in February “to return to his entrepreneurial roots,” Gap said, after putting the company on track to surpass its 2014 goal of $2 billion in online sales. In fiscal 2011, Gap’s direct-to-consumer sales totaled $1.56 billion, 11 percent of the total revenue figure of $14.55 billion. They accounted for $1.3 billion in 2011, 9 percent of the company total of $14.66 billion.

A Gap spokeswoman noted that Peck “has been successful in every role he’s had at Gap, leading our outlet division and being instrumental in the Athleta acquisition [in 2008]. The thinking here is that the Innovation unit will act as an incubator for new brands and new technology. He’ll basically be quarterbacking and sharing intelligence and innovation for the entire organization.”

Randal Konik, analyst at Jefferies & Co., said the reconfiguration “should help Gap Inc. to expand its international business in a way that best suits each concept. We also like the creation of the new Innovation, Digital Strategy and New Brands division which should help…maintain its best-in-class e-commerce division.…We view ceo Glenn Murphy’s oversight of China positively as it indicates the company is taking the large market opportunity in China very seriously.”