Surprise termination might have been prompted by friction prior to scheduled, and postponed, annual meeting. 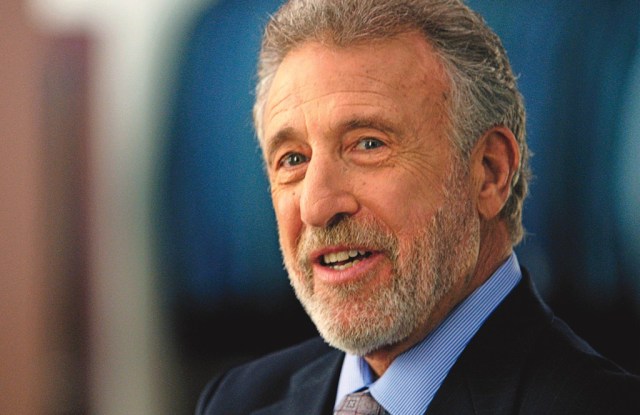 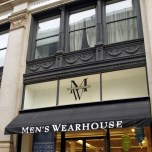 George Zimmer might have overstayed his welcome at the company he led for nearly 40 years.

That’s how retail analysts, suppliers, competitors and other market observers reacted Wednesday to Zimmer’s unceremonious and surprising ouster as executive chairman of The Men’s Wearhouse Inc. on the morning of the company’s annual meeting, which was postponed and has yet to be rescheduled.

Zimmer, who founded the $2.5 billion company in 1973 and stepped down as chief executive officer in June 2011, had stayed on as executive chairman and a director.

Yet his disengagement from day-to-day oversight of the company had been decidedly incomplete. He remained a presence on the company’s quarterly conference calls with analysts as well as the bearded face and baritone voice of the company in radio, television and print commercials that resolved with the popular tag line, “You’re going to like the way you look. I guarantee it.”

But comments from the company and Zimmer himself Wednesday suggest that the former ceo didn’t like the way things were looking at the company he started. Several market sources theorized that divisions between Zimmer and the board had become so severe that they were about to spill over in full view at the annual meeting, possibly prompting the move just hours before it was scheduled to start at 11 a.m. Pacific time at the company’s headquarters in Fremont, Calif.

Men’s Wearhouse shocked retail observers Wednesday with news that it had “terminated” Zimmer, who was to stand for reelection as a director at the meeting. “The board expects to discuss with Mr. Zimmer the extent, if any, and terms of his ongoing relationship with the company,” the firm said.

Identified only as the company’s founder, Zimmer shot back with a statement of his own later Wednesday morning. It paid a one-sentence tribute to the firm’s employees and customers for building the company, the largest U.S.-based men’s wear chain with controlling market share in sales of men’s tailored clothing and rentals of tuxedos.

It also made plain his displeasure with the company’s current direction — and his disinclination to keep it to himself.

“Over the past several months, I have expressed my concerns to the board about the direction the company is currently heading,” he said. “Instead of fostering the kind of dialogue in the boardroom that has, in part, contributed to our success, the board has inappropriately chosen to silence my concerns by terminating me as an executive officer.”

He and Douglas Ewert, president and ceo of MW, declined to discuss the developments with WWD.

Zimmer’s dual status as company pitchman and its largest noninstitutional shareholder, with control of about 3.5 percent of the company’s stock through a series of family trusts, is likely to make detente difficult. The company has paid Zimmer a $10,000 licensing fee for his marketing and promotional services as an employee, but the agreement calls for the fee to move up to $250,000 a year for a period of four years if and when he ceases to be an employee for any reason.

“Is the company going to want to pay $1 million to put its former chairman on the air after such a public dispute? It just doesn’t seem likely, or even smart,” noted one financial source.

The separation of Zimmer and the company that, in many consumers’ eyes, is virtually synonymous with him suggests a boardroom tension that many have sensed but of which there has been little concrete evidence.

While the men’s wear industry and Wall Street sought explanations for the surprising split, Richard Jaffe, analyst at Stifel Nicolaus, put into a research note sentiments heard frequently in the market Wednesday.

“We believe that despite Zimmer’s planned transition to a smaller role at the company, he had difficulty letting go of the reins and the leadership of the business,” he wrote. “We believe that this led to a conflict with the board and his subsequent termination.”

Jaffe noted that some of the friction between Zimmer and the board might be attributable to the founder’s continuing role as the company’s on-air spokesman. “The use of Zimmer as spokesperson has, coincidentally, been under review as management has been evaluating his effectiveness, particularly with the Millennial consumer,” he said.

Ewert, a Macy’s veteran who was president and chief operating officer before succeeding Zimmer as ceo, has been described as “methodical” in his two years at the company’s helm, although the pace of change has recently accelerated.

In March, the company said it had retained Jeffries & Co. to evaluate strategic options for its struggling K&G division, which subsequently saw comparable-store sales decline 6.7 percent in the first quarter ended May 4.

Less material to financial results but perhaps more indicative of any boardroom contentiousness, the company in December named designer Joseph Abboud, fresh from his stint as president and chief creative officer of HMX Group, as chief creative director and has been positioning him as the chain’s style authority with videos and question-and-answer content on its Web site.

However, Zimmer’s “Ask George” page, on which consumers can direct comments and questions to the chain’s founder, remained on the Web site Wednesday following news of his exit.

While beset with the same promotional pressures as other apparel retailers, MW is hardly a distressed enterprise. Last year, profits grew 9.2 percent, to $131.7 million, as total revenues rose 4.4 percent to $2.49 billion. Comps were up 4.8 and 1.5 percent, respectively, at Men’s Wearhouse and Moores stores while down 4.3 percent at K&G. Unlike its next largest competitor, Jos. A. Bank Clothiers Inc., MW weathered a promotional first quarter well enough to boost profits 23.1 percent, to $33.1 million on a 5.1 percent sales increase to $616.5 million.

Zimmer, 64, has emerged in recent years as something of a cult figure, and not only because of his ubiquitous presence on television. The New York native is known to have a spiritual bent and succeeded in securing Deepak Chopra a position on MW’s board. He personally donated $50,000 to the unsuccessful 2010 initiative to legalize marijuana in California and eschewed the practice of putting job applicants through criminal background checks.

Consumers learning of his ouster Wednesday were in some cases angered by the news. “We’ll never shop at Men’s Wearhouse again,” wrote one on Facebook. Another, posting on a Yahoo message board in a more fanciful vein, wondered if the company was backing away from its founder because his name might be confused with that of George Zimmerman, whose trial on charges of murdering Trayvon Martin recently began in Florida.

In industry circles, the reaction was one of near shock. “I thought it was a typo when I read it,” said one men’s wear supplier.