Founder Richard Hayne named to succeed him at post of chief executive officer. 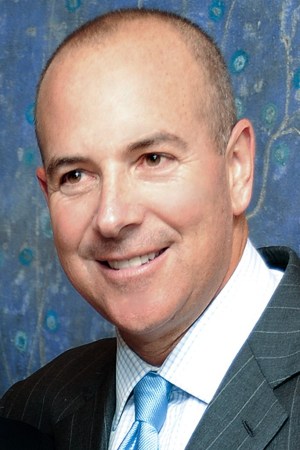 Glen Senk sent a shock through the retail world Tuesday when he stepped down as chief executive officer of Urban Outfitters Inc.

This story first appeared in the January 11, 2012 issue of WWD. Subscribe Today.

The Philadelphia-based Urban Outfitters said Senk will be succeeded by Richard Hayne, the company’s founder and president. Senk will stay on in a consultancy role for an unspecified period.

Senk is believed to have accepted a position at another company, which could not be learned. Retailers looking for ceo’s include Talbots Inc. and Apple, which is seeking a successor for Ron Johnson. Both would appear to be unlikely jobs for Senk, however. He also is close friends with Tory Burch and is on the board of the designer’s company, which is looking to expand and perhaps go for an initial public offering in the near future; David Yurman and Melissa & Doug, whose Web site says it features more than 1,000 items for children.

Senk could not be reached for comment on Tuesday.

Senk and his husband, Keith Johnson, a buyer of home products for Anthropologie, own a large apartment in Manhattan and visit New York every weekend, according to a source who said Senk will soon be starting a job that could have a position for Johnson.

The Philadelphia-based Urban Outfitters has been trying to reverse a yearlong decline in profits, but Senk still seemed to have the support of Wall Street. “We’re not alarmed by the numbers,” said Robin Murchison, an analyst at SunTrust Robinson Humphrey. “They’ve been struggling for a while. They had to get through a lot of inventory.”

The news caught Wall Street off guard — and the extent to which it was seen as a blow to Urban Outfitters was reflected in the retailer’s stock price.

“It’s a very big surprise,” Murchison said, who was attending the ICR Xchange investor conference in Miami when the news of Senk’s resignation broke. “It’s a tough market. They’re heavily dependent on the missy consumer and that sector hasn’t been responding. Being so boutiquelike, Anthropologie is heavily dependent on trends and [recently] there have been few key trends.”

Still, the stock has been getting positive interest “because of easing margins and easing comps,” said Murchison.

“Glen’s departure has been the buzz of the conference,” another analyst said. “Word is, he resigned to go to a small company that’s based in New York.”

“Glen grew these brands during a time when retailing was different than today,” said Janet Kloppenburg of JJK Research. “Today, it’s become a real chore and he may have thought that it’s a challenge he didn’t want to taken on. It’s a huge loss for Urban Outfitters, but Dick [Hayne] is also a very smart man.”

“It sort of comes out of nowhere,” said Michael Dart, a retail strategist at Kurt Salmon Associates, of Senk’s departure. “It’s a very competitive space right now. You have the rollout of Forever 21, Uniqlo, H&M. You have a lot of excess capacity, arguably, in the teen apparel space and how companies deal with that is obviously one of the big challenges out there.”

“Glen is a highly respected merchant,” Murchison said. “It’s not like Dick [Hayne] or the board can point to too many success stories out there.”

She noted that Urban Outfitters is scheduled to make a presentation at IRC today. “They haven’t canceled, so I expect they will be here,” she said.

Senk joined Urban Outfitters as president of Anthropologie in April. He was named executive vice president of Urban Outfitters Inc. in 2002, and assumed responsibility for the company’s Free People division the following year. He’s credited with increasing Anthropologie and Urban’s sales volume, rolling out new stores in the U.S., entering the overseas market with flagships in key European cities, developing e-commerce and launching new retail concepts such as BHLDN for brides and occasions. Senk started his retail career at Bloomingdale’s, where he served in a variety of roles, including managing director of Bloomingdale’s By Mail.