Casting director Michelle Lee has a knack for spotting the next “It” girl. Here, four models she’s dubbed the faces of the future. 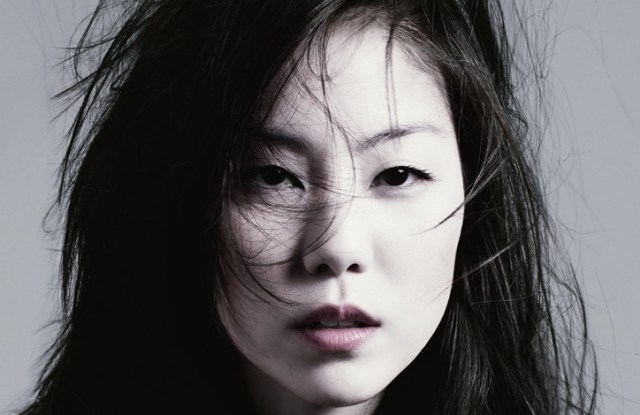 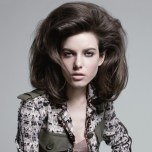 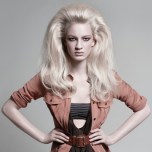 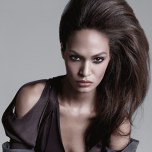 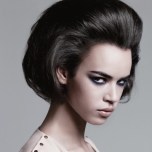 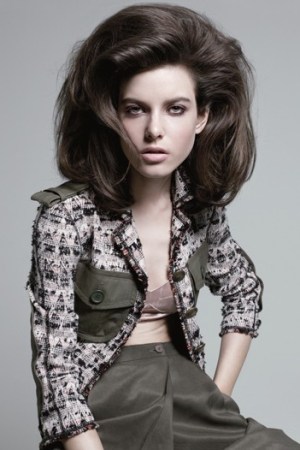 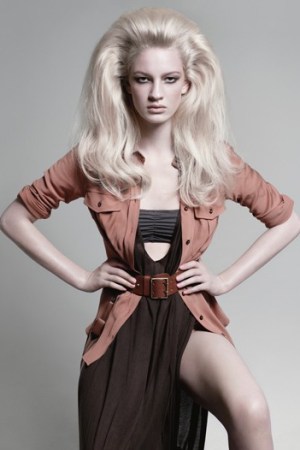 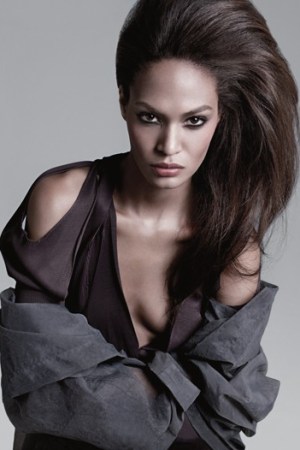 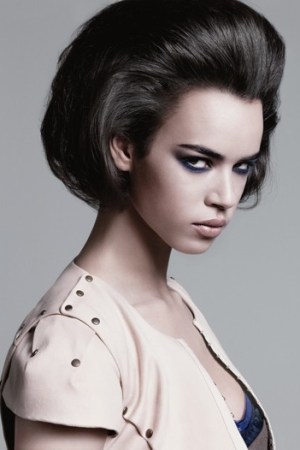 Tati Cotliar, a 21-year-old Argentine, had been knocking around the modeling world for about a year without much success. Her fate changed in a nanosecond when, in March, she sauntered onto the Marc Jacobs runway as the opening model, sporting a slate gray sweater and matching culottes.

Suddenly, Cotliar was everywhere: New York magazine’s fashion blog named her “Top Model” of the day 24 hours later. Models.com featured her in its top 10 newcomers. Miuccia Prada tapped her to close the Miu Miu show in Paris, where she also walked in Chanel, Rochas and Valentino, to name a few. Such is the power of being cast in the right show.

Such is the power of Michelle Lee, the 34-year-old go-to casting director for Marc Jacobs, as well as a host of other fashion world influentials such as Interview’s Karl Templer and Katie Grand, the editor of Love magazine, with whom she’s worked on Topshop and Louis Vuitton, among others.

“The first time Tati came to see me, she was as she is now—quirky, animated and completely fearless,” recalls Lee. “No one picked up on her. This season, Marc told me he was looking for characters, a very specific type of character,” she continues. “I showed him girls who I thought were perfect and Tati was one of those girls.”

Thus, a star is born. Not that Lee, who is disarmingly self-effacing and likes to pepper her speech with “God bless her,” would ever take credit for making (or breaking) a model. But when a modeling agent wants to get a hot prospect in front of the right eyes, Lee and her fellow casting directors (see sidebar) are their first port of call. Who they like—and why—not only reflects our collective notions of beauty, it helps shape it.

“Casting directors are the people who screen the latest talent for the designers and often are super visionary and are able to see things in the beginning that others don’t,” says Kyle Hagler, a senior manager at IMG Models. “Michelle is really vested—she has perspective, she has opinions and her castings reflect her ideas of beauty. She stands by her convictions and doesn’t necessarily react to what everyone else is doing,” he continues. “She really backs the talent who she thinks has the ability to go the distance in this business.”

Take Cotliar, whose strong character perfectly exemplifies the shifting tides of fashion as Lee sees it. “Beauty is more than just the outer aesthetic today,” says Lee. “There has to be something beyond a symmetrical face and pouty lips. A model has to have a strong sense of self.

“What I hear most often from clients is that they want models with personality and energy,” continues Lee, who hand-picked the four young women in this portfolio to represent her vision of the direction beauty is taking today. “There is no room for boring or conventional. Even if a model is classically beautiful, she must come with an attitude that is anything but.”

In other words, those willowy, prepubescent, vacant-eyed beauties who dominated the ranks of modeling in the recent past—their time has come and gone. The recession has ushered in a new era, one in which personality is valued as much as pore-less skin. “In the last year, a wave of strong models has emerged—beautiful, quirky, tall, short, curvy, whatever—they have to have character,” says Lee, who notes the change was particularly noticeable during the fall 2010 show season, which saw a wide variety of models on the runway, from of-the-moment fashion stars such as Sasha Pivovarova and Iris Strubegger to what Lee dubs the “Victoria’s Secret girls,” like sexy bombshells Miranda Kerr, Alessandra Ambrosio and Adriana Lima and supermodels of yore like Laetitia Casta.

“Whether it’s a show, an ad or editorial, people want to relate to the images that they’re looking at now. If a girl is either too perfect or blank, you can’t connect,” Lee says. “If you can look at this image and there’s a character who’s emotive, you’re more likely to stop and look and read and digest what it’s saying about the brand or the product. The point is, it’s girls with character, with personality, who you can relate to.”

Lee’s philosophy informs her method of working. When a model comes to see her, Lee tries to get a sense of her as a person, not just a pretty face, and one of her favorite aspects of her job is watching girls—whom she often meets as young as 13 or 14—develop over time. During the twiceannual fashion show marathon (“Show week is a misnomer,” she laughs. “It’s show two months”), she makes a point of seeing every single model—from the newest to the most established—all over again.

Lee works under the aegis of the production and publicity company KCD, where she got her start 12 years ago. Since then, she’s seen beauty cycle through a multitude of phases, from the Brazilians to the Belgians to the Russians (next up will be a Norwegian wave, she predicts). Through it all, there’s one main lesson she’s learned. “You’ve got to be open,” she says. “Beauty is evolving and the public’s perception of beauty is evolving and you have to keep up with it.”

Next: Meet the models >>

Heralded as one of the breakout beauties of the fall season (she walked in more than 50 shows), Tati Cotliar’s original ambition centered around being behind a camera, rather than in front of one. Before being discovered, Cotliar studied cinema direction in her native Buenos Aires. Still passionate about film (her favorites include Woody Allan’s Manhattan, Pedro Almodóvar’s All About My Mother and Fritz Lang’s Metropolis), Cotliar brings a sense of the dramatic to every job she takes. “I try to create characters,” she says. “There’s always a story to tell, in every shooting, in every fashion show.”

“She has an energy of her own,” says Lee. “She’s quirky, but when you look at the actual structure of her face, she’s quite beautiful.”

Cotliar’s eclecticism shows up in everything from her work to her clothing. “I’m a little bit crazy, but I like to develop a character in every outfit I wear,” she says, today decked out in a Marc Jacobs purple lamé ruffled skirt worn with a striped sweater and brown Beatle boots. “I like to play with my image to show what I have inside.”

First discovered at the age of 15 while riding the metro in her native Vienna, Ilvie Wittek decided to finish school first before hitting the modeling circuit. The wait was worth it. Wittek landed spots in the most coveted shows for fall 2010, walking in Marc Jacobs in New York, Topshop in London, Prada in Milan and Louis Vuitton in Paris. “She has quite a developed face for such a young girl and such an interesting look,” says Lee. “She’s got beautiful lips and that pale, perfect skin.” The combination has captured the attention of both cutting-edge and mainstream magazines, from Dazed & Confused to British Vogue.

Wittek’s personal style is equally as diverse. “It changes all the time,” she says. “Sometimes I’m very elegant, then I have my hip-hop thing. I wear what makes me feel good.”

Ask Joan Smalls to define beauty and her answer is instantaneous: “Confidence,” she says briskly. For the Puerto Rican–born model, it’s a winning attitude. Smalls had a stellar fall runway season, booking more than 30 shows and shooting with Steven Meisel for Italian Vogue.

“Joan is stunning,” says Lee. “She has great bone structure and there’s something slightly masculine about her which is very modern. And she is a fantastic model—the way she moves, her eyes, her face. Her eyes engage with the camera, which, on a page, will engage with the audience. She exudes power.”

Smalls hopes to use that power to propel her career to new heights. “My goal is to do things that have never been done, and if they have, to do them better,” she says, when asked how she’d like to see her career evolve. “I’m a go-getter. I think you shouldn’t conform to what people give you. You should strive for better things in life and have a dream.”

As a child, Hind Sahli dreamed of becoming a model. Now 19, the Casablanca, Morocco–born beauty is well on her way to reaching modeling’s top ranks, walking in the Vuitton, Jean Paul Gaultier and Vera Wang shows for fall and being photographed by Meisel for an upcoming Italian Vogue feature on emerging beauties. “Hind is devastatingly beautiful and so strong without being loud about it,” says Lee.

No stranger to making her dreams come true, Sahli has lofty goals for her career: To appear on the cover of Vogue and to walk in the Victoria’s Secret runway show. “I love that the girls look so beautiful and so sexy, but that they also smile,” says the beatific beauty, who describes her style as very feminine. “I love the Sixties and Audrey Hepburn,” she says. “I wear a lot of dresses and heels. I only have two pairs of trousers at home.”