On Staff: Great Profit Chart, but Did You Do the Dishes?

Fashion couples who mix business with pleasure, and whether it’s ever a good idea. 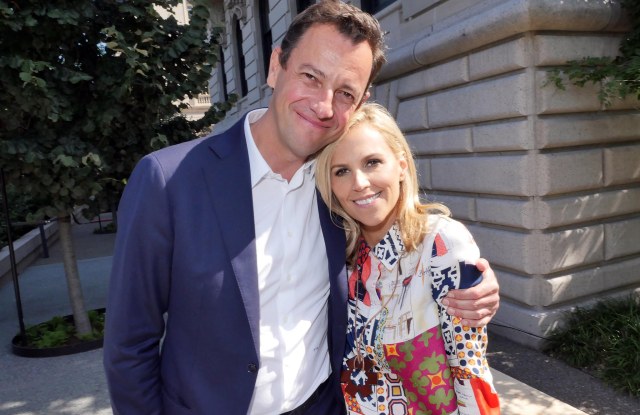 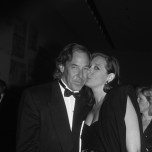 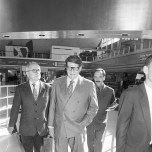 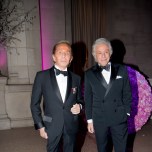 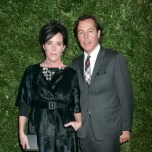 Burch, who at the same time switched from ceo and chairman to chief creative officer and executive chairman, is no stranger to working with her significant other, founding her multibillion dollar business with the help of ex-husband, entrepreneur Chris Burch.

She’s also not the first — and certainly won’t be the last — designer to mix business with pleasure.

There are also those who struck up a romance at work. One of the most famous fashion couples to have met in the office has to be Gucci’s former ceo Patrizio di Marco and its former creative director Frida Giannini – still together after their departure from the fashion house.

Then there are the rare cases where designers, like Burch, meet their partners years after they set up their successful business and subsequently bring them on board in very senior positions.

The trend has also happened in an unofficial basis in the wider retail world. This was the case at teen retailer Abercrombie & Fitch, whose former ceo, Mike Jeffries, allowed his longtime partner Matthew Smith to have the power of an executive despite not being employed by the publicly listed company — a move he got into hot water over. Smith reportedly made real estate decisions, had access to company sales reports and often attended internal meetings.

While each example is different, there’s certainly quite the list of couples who work together in fashion and there’s a simple answer as to why, according to Phyllis Moen, a professor at the University of Minnesota’s Department of Sociology — when you work so much it’s hard to meet people outside of the industry that you’re in. “That’s why we see so many couples working in the same industries and often for the same company,” she explained.

But is working together ever a good idea for couples as well as the business, especially when starting a company?

Laurie Gerber, a life coach at Manhattan-based life coaching and corporate consulting company The Handel Group, thinks it can work, but only with the proper philosophy and structure. This usually involves making sure there are clear-cut roles with each individual looking after different areas in the company, such as sales or technology, and therefore not competing with each other in the same role.

“Like anything, it will work well if you have the proper design. You can’t take it for granted that it will work well just because you love the person that you’re working with. That’s only one very small piece of the puzzle,” she said.

Eric Gervet, a partner at business consultancy A.T. Kearney, chimed it that in most cases in fashion, usually one half of the couple is creative and the other is a source of inspiration, muse or a business mind, adding that playing different roles often means that the relationship is balanced and “there’s no power play involved.”

However, most experts believe that it is important for one person to have the final say, with Laura Huang, an associate professor of business administration at Harvard Business School’s Organizational Behavior Unit, stating that typically, going into any endeavor agreeing everything’s going to be 50/50 is a “recipe for disaster.” That’s mainly because when those tough calls have to be made, if you’re just going around in circles that can become a problem.

In Tory Burch’s case, Huang doesn’t think that person will be the new ceo: “Tory Burch’s company is already very established and so I think in that case it’s very clear who the decisionmaker is going to be. It’s very clear who’s in charge of the visions and the branding. As long as that’s clear, there’s not a reason why it wouldn’t work out.”

She added that Burch and Roussel will likely make a good team, since unlike at a start-up, he’s entering an established business that has lots of synergies with his former workplace. (He previously headed up LVMH Fashion Group, overseeing the fashion houses Celine, Givenchy, Kenzo, Loewe, Marc Jacobs, Pucci, Rossi Moda and Nicholas Kirkwood). “There are synergies between the companies, there are synergies between what they’ve done and what she can continue to achieve and how she wants to grow,” said Huang.

She was less optimistic about couples’ success when it comes to start-ups. “It’s not that it can’t work. We’ve absolutely seen the instances where couples running businesses together have worked and it’s worked very well, but those very much seem to be few and far between,” she added, pointing to research that shows couples starting businesses together have the lowest likelihood of success out of any cofounding team.

While there are a number of reasons behind this theory, the biggest is that if something goes wrong in the household, you tend to bring that over to what’s happening in the business.

In a 2002 interview with CNN, the late Kate Spade recounted that she and her husband Andy made the conscious decision to introduce boundaries about when to talk office during their downtime together.

“I think what we made the mistake of doing early on was taking every opportunity alone to talk about the business — at dinner, driving the car, you know, at home brushing your teeth, as you’re getting into bed, as you’re waking up. And I think we made a conscious effort to not do that because I think it was just, you know, it would burn us out,” she said.

As for whether former couples can continue to work together following a split, there are examples of both in the fashion world — Valentino and Giammetti and Saint Laurent and Bergé are among those who were able to make it work.

Five years ago, Giammetti revealed to Vanity Fair that he was just 30 when the physical relationship between him and Valentino ended and detailed that it was not easy at first, but they managed to work through it.

“It was difficult in the beginning,” he said, adding that they had to solve problems with jealousy. “But we’re all grown up — very grown up — and we know that time solves every problem. We’ve always wanted to be the best for the other.”

Over 50 years later, they still work together on a number of collaborations, even though they have parted ways with the fashion house they founded during the Sixties.

It was a different story between Tory Burch and Chris Burch, however, who divorced in 2006. The acrimonious split reached boiling point in 2012 when Chris Burch sued his former wife, alleging that she kept him from pursuing other business ventures as he tried to sell his stake in Tory Burch. She countersued, alleging the product at his new chain C. Wonder was similar to hers. The former couple, who have three sons together, eventually settled and Chris Burch eventually sold his stake in his former wife’s company.

Michael McNulty, founder of the Chicago Relationship Center, said among many factors, a former couple’s ability to continue to work together after the split depends in part on the reason behind their breakup.

“It depends, in part, on what are the issues that led to the breakup, how is each partner able to deal with the wounds that the breakup has caused and can they be together in ways where they really moved on from the relationship, where they accept that and that they can work productively together or are they unable to do that?” he said.