The platform, which launches today, aims to level the playing field by providing increased access and visibility.

Hive Diversity, a new recruiting platform that connects employers with a community of students that represents what diversity in the workforce is supposed to be, launches today.

The platform aims to level the playing field by providing increased access and visibility to diverse college students throughout the U.S. The goal is to help companies build a more diverse and inclusive workforce by pipelining the next generation of talent and creating a pool of candidates that will eventually fill senior roles.

Byron Slosar, founder and chief executive officer of Hive Diversity, has spent more than 15 years in undergraduate career advising and recruiting. Dakotah Eddy, who worked in operations and D&I for brands such as Victoria’s Secret Beauty and Tiffany & Co., is chief operating officer and partner.

According to Slosar, five years ago he realized it was possible to build a new road for recruiting and career development. He met with a Tulane University student (where he was working) and knowing that he identified as part of the LGBTQ community, the student asked him for career advice. He said he wanted to make it easier for everyone and also empower the next generation of talent. He also wanted to engage students  in a community environment that champions their identities and connects them to companies which care about diversity and inclusion in the workplace. 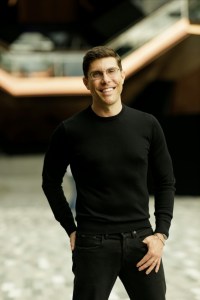 “This platform is a digital experience and speaks to students in their own language and offers employers a way to engage with them in a more meaningful way,” he said. Students who join the platform go through the Hive 5 process, a proprietary, interactive gamified experience that helps prepare them to enter the workforce, along with real-time instruction to build the complete candidate package, including professional résumé and interview preparation, along with timelines and expectations.

Hive Diversity has already attracted students from more than 225 universities across the U.S. Slosar said he signed up students over the summer by engaging student leaders throughout the country and explained what he was doing. He met the first 200 students and it’s since grown five-fold. Many of the students have been involved in student diversity groups on campus. He said the students using the platform  identify with race, ethnicity, gender, sexual orientation or as a first generation student.

Students go through the two-hour program and learn about personal and profile development. There’s also a final program that’s focused on diversity, equity and inclusion in the workforce. “We don’t want to wait for students to have their first job to understand what that means,” he said. The company’s web site is hellohive.com, which will be accessible to both employers and students.

Jaryn Bloom, group president of retail for Michael Kors, said, “We’re excited to partner with Hive Diversity because of their commitment to democratizing the career process for all students and enabling us to meaningfully engage with a community of talent that represents a wide range of diverse backgrounds, skills and interests. Hive uniquely prepares students through their gamified, career prep process, providing us with an opportunity to introduce careers to students much earlier in their college experience and enhancing our ability to more effectively hire at the entry-level.”

Slosar said they are working with college students looking for internships and jobs. Students don’t have to pay anything, while the companies pay an annual subscription fee for the service.